NORTH MANHEIM TOWNSHIP, Pa. — A veteran in Schuylkill County is using his set of wheels to pay tribute to veterans of World War II who fought in Europe. H... 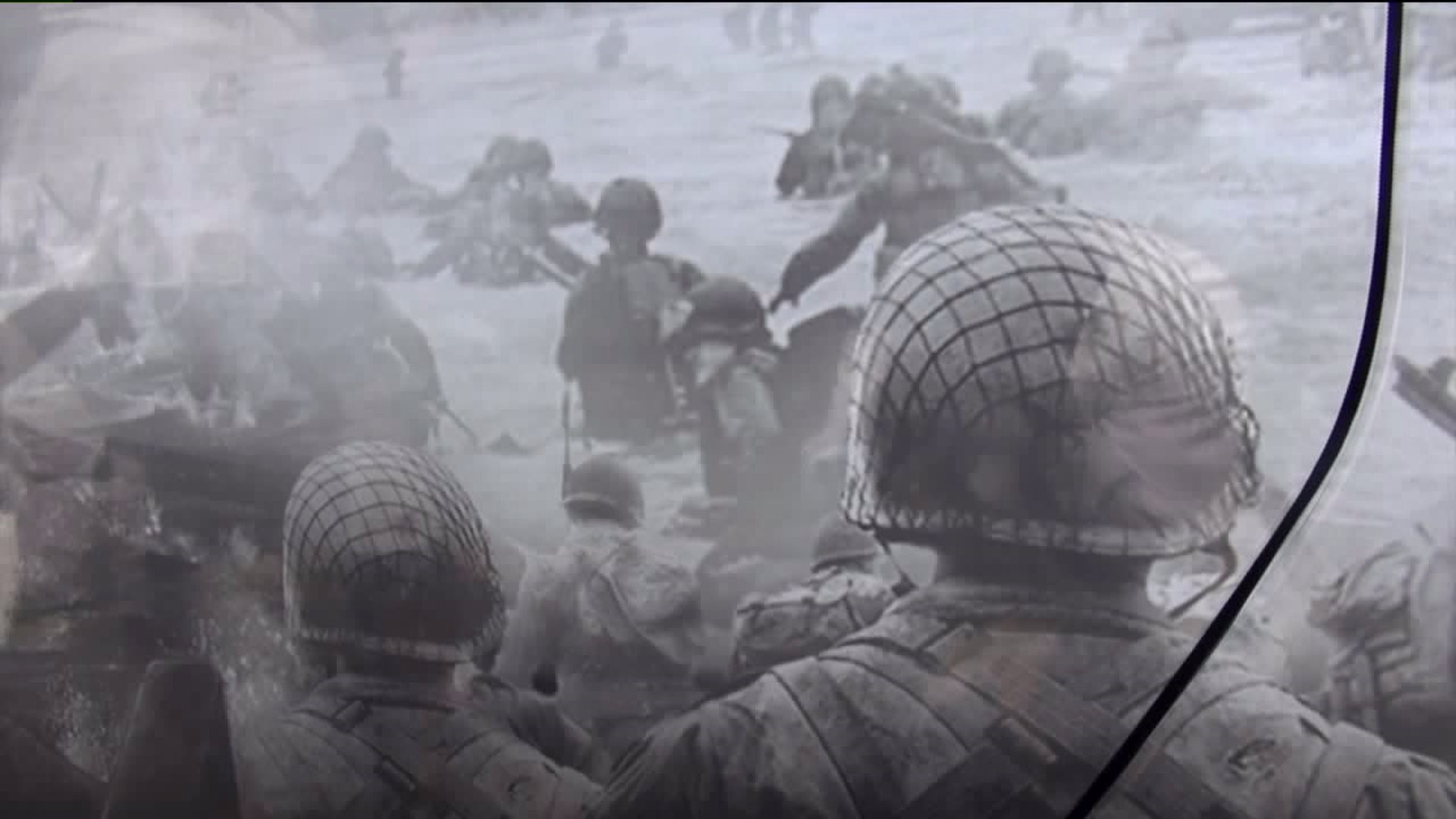 NORTH MANHEIM TOWNSHIP, Pa. -- A veteran in Schuylkill County is using his set of wheels to pay tribute to veterans of World War II who fought in Europe. His Jeep paints a picture of soldiers on the shores during D-Day.

Lawerence Reiner of Tremont bought his Jeep last year and knew he wanted to do something different with it. After plenty of thought, the Army veteran decided to pay tribute to the sacrifices that were made on D-Day.

That hint was all he needed to turn his Jeep into a World War II tribute.

We spoke to the Army veteran at the Schuylkill County Vietnam Veterans Memorial near Schuylkill Haven.

Reiner bought the Jeep Wrangler last year and unveiled the black and white art on the 75th anniversary of D-Day.

"I wanted to capture a feeling, and these guys on the beach that have already made it looking to see that their comrades made it, had to be a hell of a feeling for them," Reiner said describing the imagery.

Wolf Pac Graphix near Harrisburg designed the graphics. There are 12 different pictures combined into one, lining both the sides of the Jeep. The hood also has its own graphic.

"It is a time these young kids do not know nothing about, and I am veteran. My father is a veteran, my uncles. I have a nephew in the Navy. It is in our life, and we are proud of this country," Reiner said.

Reiner uses the Jeep on a daily basis so people can look and remember the sacrifices made 75 years ago.