Authorities said the "do not consume" water advisory could last several days. 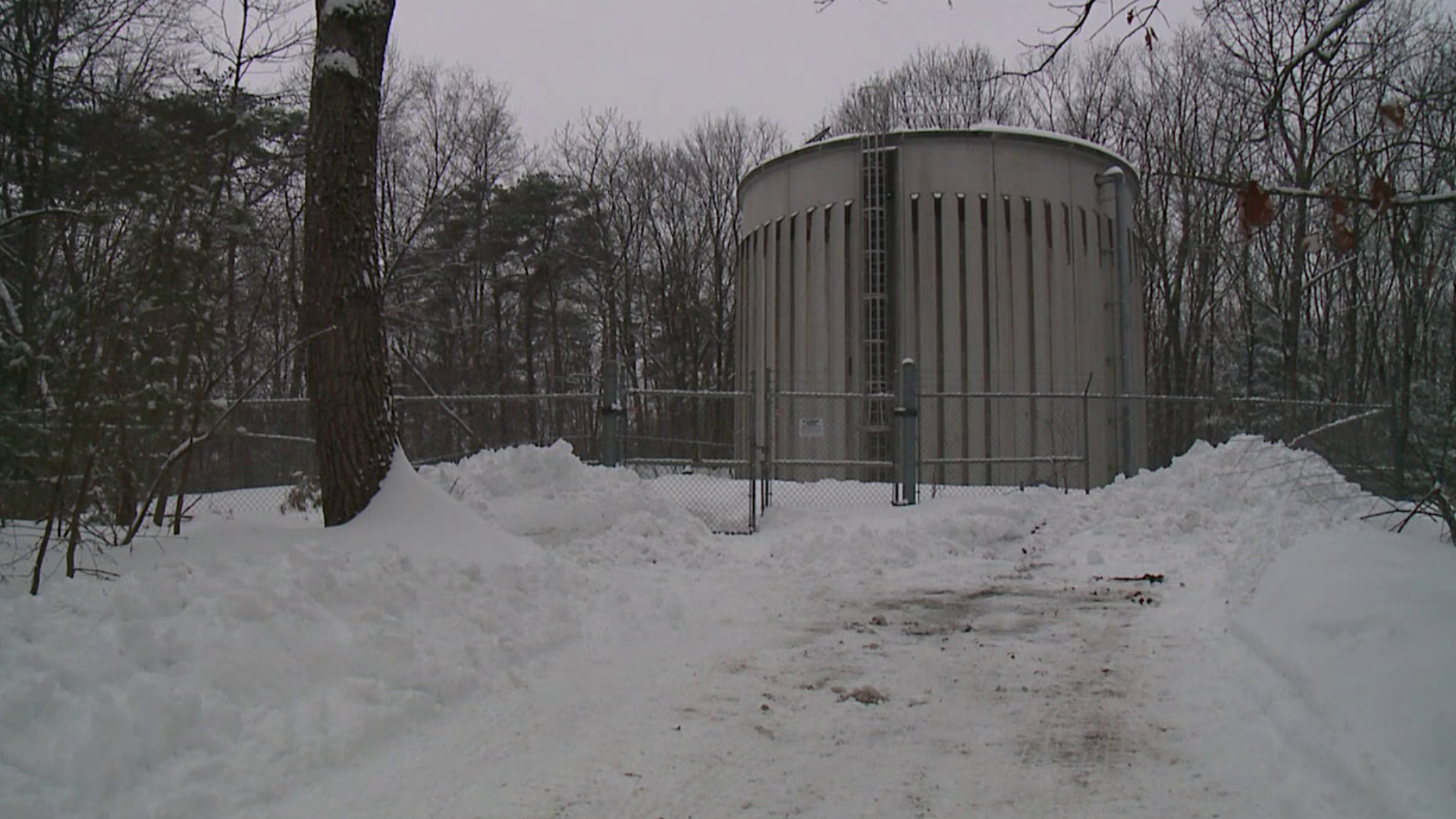 AUBURN, Pa. — UPDATE: The Auburn Municipal Authority reports that they received test results from DEP and that the water is again safe for consumption.

State police said sometime over the weekend, two people climbed over the fence around the water tower in Auburn and ripped off the roof over the tank.

Now, authorities are testing to see if the water was in any way contaminated. 900 people who live in this community have been told not to drink water out of the tap.

"I was surprised that we weren't able to use our water. They said that we were able to take a shower or wash our dishes, but we're not allowed to drink it, and they said not to boil it," Michael Kieffer said.

"It really stinks. It's a little bit of an inconvenience, and we're paying for the water," Jared Zook said.

Making matters worse, some people like Jared and November Zook had to go out and buy drinking water in the middle of Monday's snowstorm.

"We got stuck in traffic and everything because of the snowy weather and the roads and stuff... There were a lot of accidents," Jared Zook said.

The borough said the inner tank of the water tower is now drained and flushed. On Tuesday, a water sample will be taken.

"There was no evidence that anything foreign was introduced to the tank, but out of an abundance of caution, the authority issued a do not consume advisory to customers," Department of Environmental Protection Regional Spokesperson Colleen Connolly said.

Borough officials said results from the water sample are expected on Wednesday or Thursday. The "do not consume" water advisory could last several days. Again, residents are allowed to shower and wash their hands with this water, but they are told not to drink it.