According to the CDC, 554,420 Americans have died from COVID-related issues since last year. A woman from Schuylkill County is putting a face to the numbers. 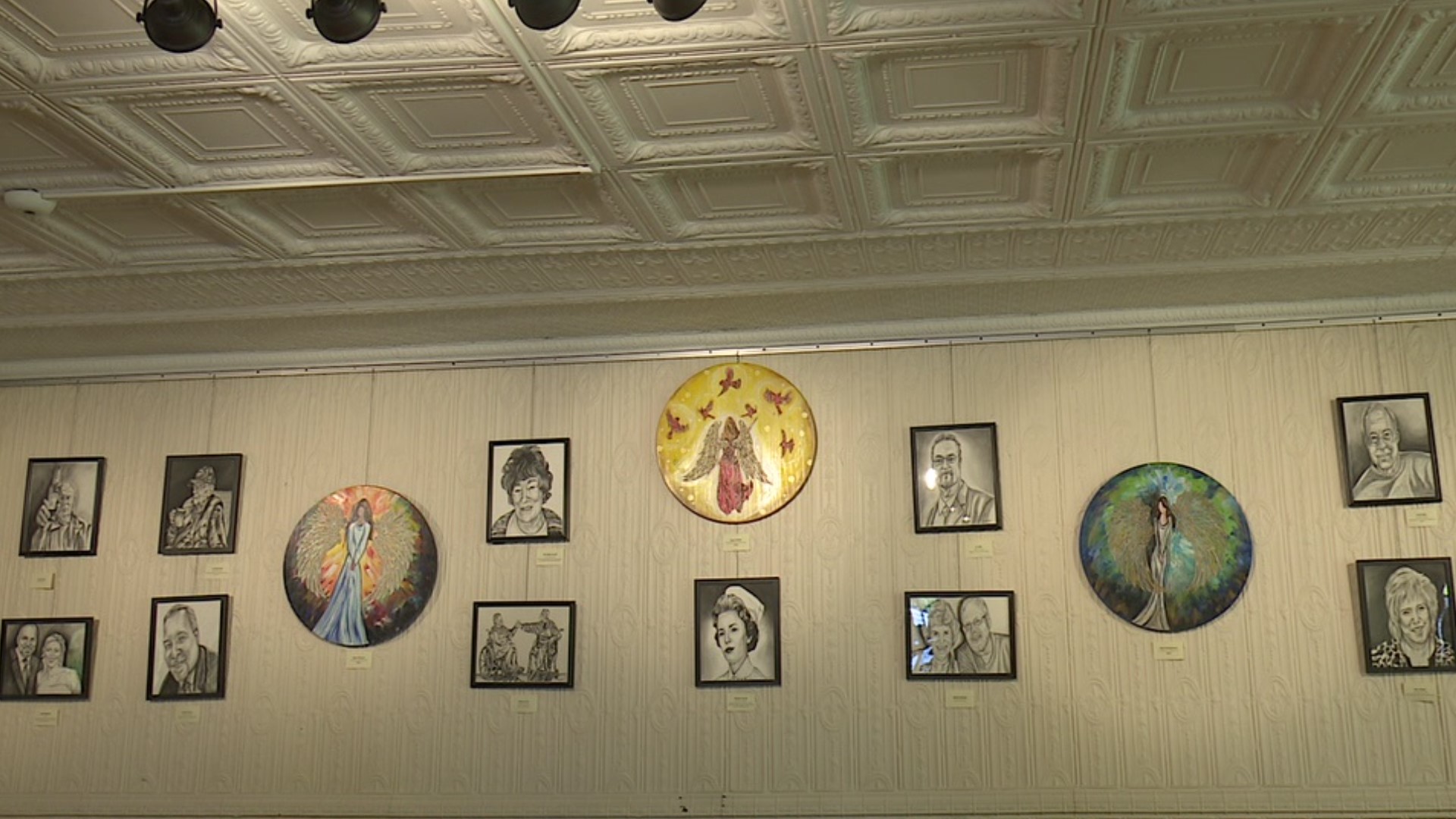 TAMAQUA, Pa. — Kathleen Cantrell served in the Navy as a nurse in the 1960s. She was a mother, wife, and sister. She passed away from COVID-19 in November. Her portrait is now on display at the Tamaqua Community Arts Center along with dozens of others, all drawn by Kathleen's niece Andrea Perno from Auburn.

"For me, it was kind of a way to process it. A lot of people process grief in different ways, and I've just always kind of channeled that into artwork or, you know, sometimes people just bottle it up, and that's kind of my way of getting through it," Perno said.

Around this time last year, a mother from the Midwest asked Perno to draw a portrait of her young twin boys. Perno didn't discover the boys had died from COVID-19 until she'd finished.

One year and dozens of drawings later, Perno has honored people from all over the country who lost their lives to the virus.

"It's always very humbling that somebody wants me to come and do something for them that's so special. They've lost a loved one, and they've come to me as an artist to kind of commemorate that."

"They're the ones trying to keep everybody else alive and just risking their lives every single day so that other people can live. It's really important to honor that."

After drawing their faces, Perno got to see the faces of some of those frontline workers in person at her gallery opening.

"They were touched because a lot of them were family members that had kept it as a surprise for them, so they had no idea that they were being honored," Perno said.

Perno's work will be on display through April 24.