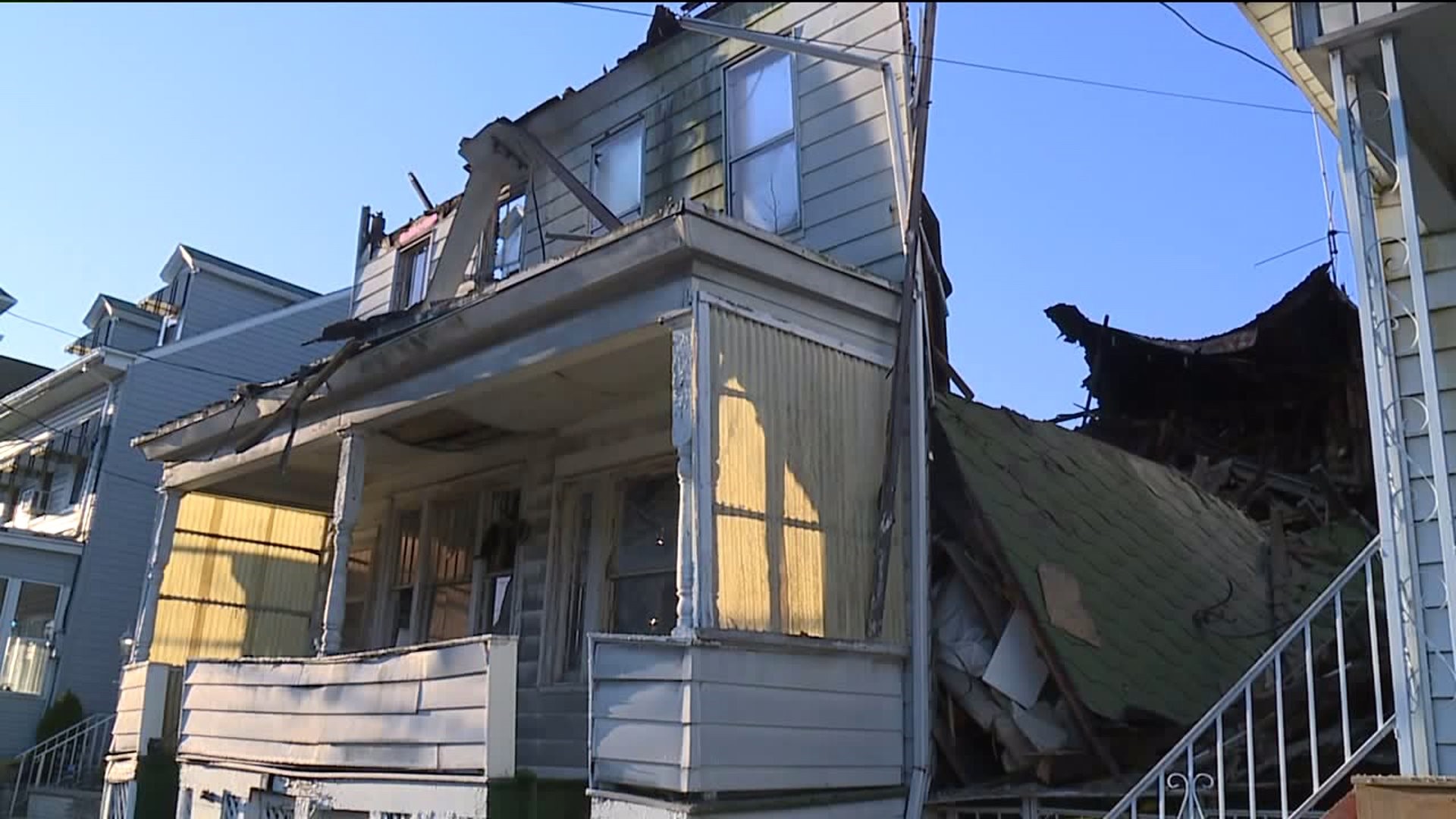 Debris went crashing onto nearby vehicles, on the sidewalk and street, too, and a house next door was damaged.

"Actually it sounded like a car crash, it was pretty loud. about 15 minutes later, the fire truck came up, I came outside it seemed like half the house came down like a game of Jenga. it was a mess," said a man who lives down the street.

Neighbors said both sides of the double block had been vacant for years.

No one was injured when it collapsed but had it happened during the day, someone could have been badly hurt, even killed.

There is a daycare two doors down and one across the street, too.

"There are kids that run up and down the street here. There are school kids here. and they should have been torn down long ago, long ago," said Loriann Longenberger of Precious Moments Daycare.

While the collapse was scary, people who live in Girardville said it is not at all shocking.

"I walked yesterday and I stared at it and I said in my head, "I think it's gonna collapse" and then it did today, or well, last night," said a boy who waits for the school bus nearby.