WALKER TOWNSHIP, Pa. — A turkey farm near Tamaqua says it’s having trouble keeping up with demand this year. It’s slated to feed millions of p... 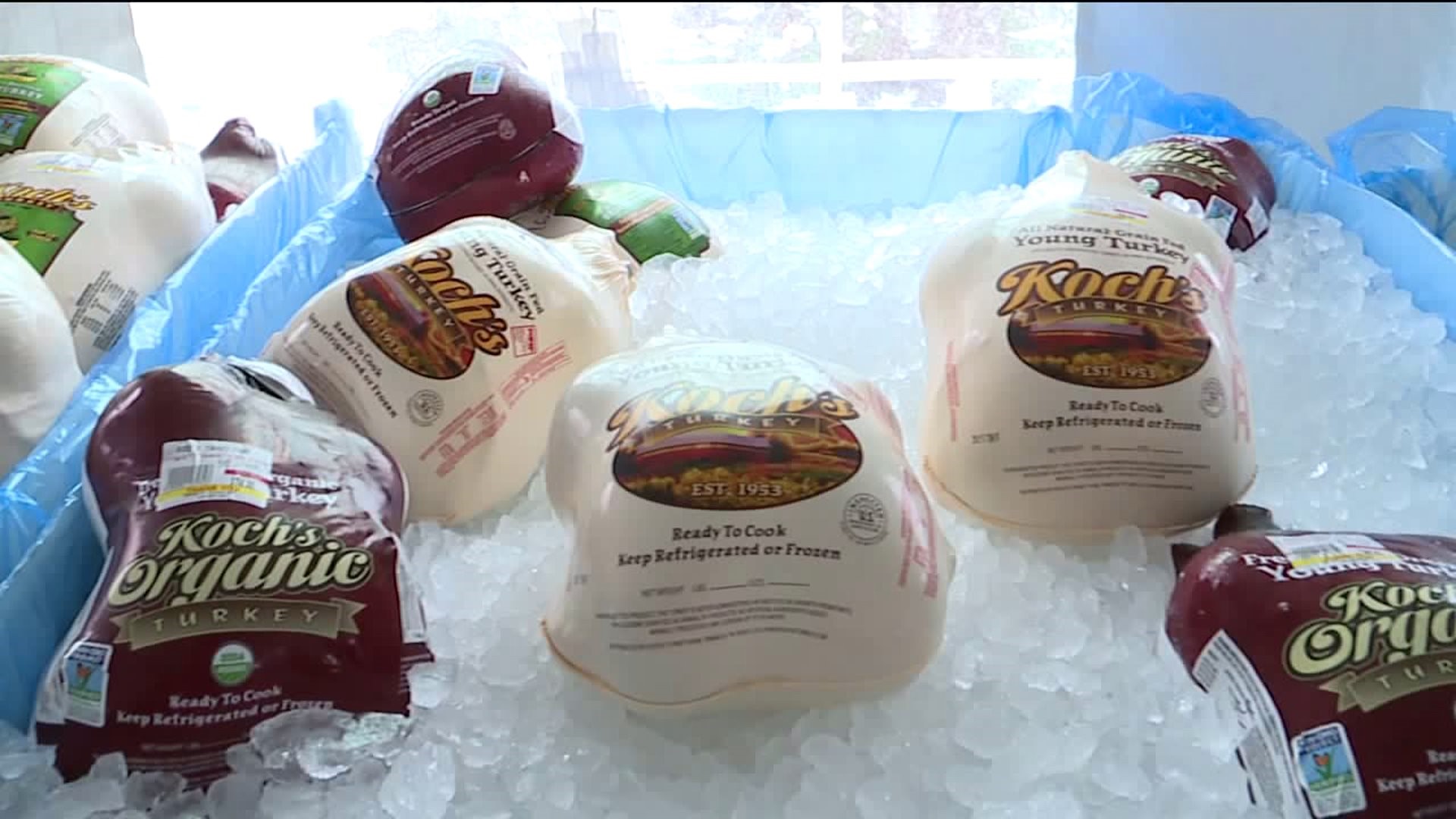 WALKER TOWNSHIP, Pa. -- A turkey farm near Tamaqua says it's having trouble keeping up with demand this year. It's slated to feed millions of people across the United States on Thanksgiving.

Turkeys on top of turkeys were endlessly tipping the scales at Koch's Turkey Farm near Tamaqua. With Thanksgiving right around the corner, business has been booming.

"It's kind of a weird experience on Thanksgiving Day to realize there are a few million people eating our turkeys. That's sort of strange, but it's also amazing. We're very grateful for it," said Koch's president Brock Stein.

Koch's says this year is one of the busiest the farm has ever had. That's saying something considering the family has been raising turkeys in the Lewistown Valley since the late 1930s.

"I've been coming here the past few years," said Olivia Elswick of Hazleton. "We like to support the small business and I really like the free-range. I like the way they treat the turkeys. It's important to me."

"Someone once said to me, it's like picking up a Christmas tree, which sort of brought it home for me. I never made that connection, even though I've been in the business my whole life," Stein said.

Customers say they really like the variety at Koch's because you can get all types of sizes and breeds of turkeys.

"I like that they have the different options. They have all of the information right there for you. It's really nice," Elswick added.

If you're still in need of a turkey for thanksgiving Koch's is open until Wednesday.