Trying to Save Home after Mine Opens

MAHANOY TOWNSHIP — It has been a long week for one family in our area, after a giant hole opened up, endangering their home. An emergency contractor has b... 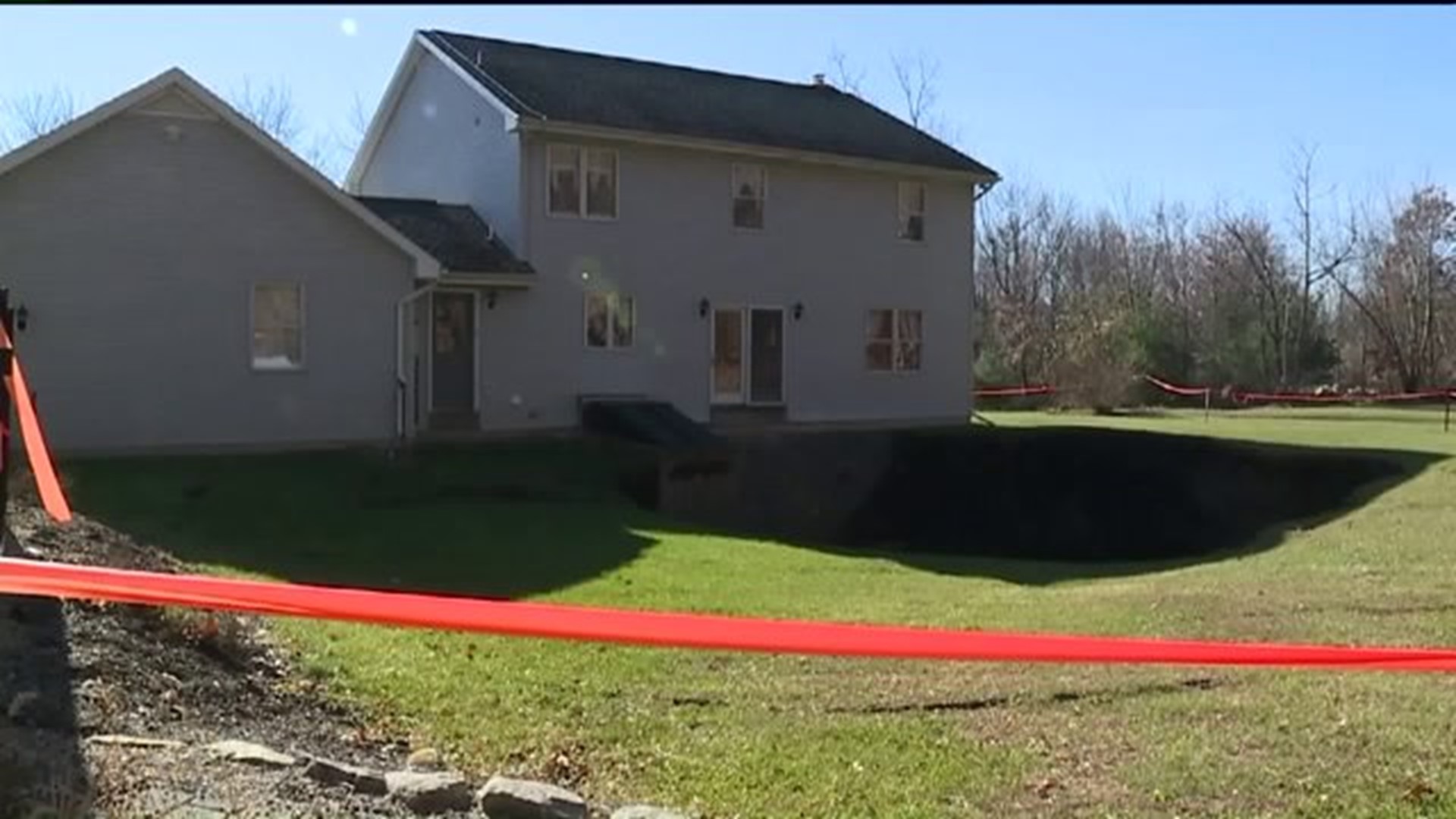 MAHANOY TOWNSHIP -- It has been a long week for one family in our area, after a giant hole opened up, endangering their home.

An emergency contractor has been hired to try to save that home in Schuylkill County.

Heavy machinery was moved in Friday and a plan is now in place to stabilize the house near Mahanoy City that is slightly leaning toward a giant mine subsidence.

The state's Department of Environmental Protection was first at the home on Monday.

Since seeing the size of the hole and the danger the house is in, the DEP has been working with Schuylkill County emergency management and other state agencies to get a contractor on scene.

They hired one Thursday night and equipment rolled in on Friday.

Tracey Quick and three of her children were in the home Saturday night when part of an old mine collapsed and caused the ground in the backyard to cave in. She had to wake up her children and rush them out of the house

"It's been real hard," said Quick. "The kids are not adjusting just yet. they just want to be back in their home."

It's been nearly a week for the Quick family staying with relatives, hoping the hole doesn't widen and take the home they built just 13 years ago.

Crews are finally bringing in equipment to start the process of trying to fill in the hole and save this home. The plan is for crews to put beams underneath the ground to support the house.

"They will be coming through the garage and over the ditch, right about where his truck is sitting. That will be where the end of the beam is," explained one of the contractors. "All the way under through the side of the house, that is the only way we can span and catch the house."

After the house is stabilized, crews can fill in the hole with liquid concrete.

Over the next couple of weeks, they'll also fill in the entire mine vein or tunnel connected to the part that collapsed, so that the family shouldn't have to worry about a disaster like this again.

"It will be a little bit of a relief once they get the house stabilized."

The family dealing with this mine collapse wants their experience to be a reminder for everyone in the coal region to get mine subsidence insurance.

The family did not have that, because they did not know how close they were to one of the old mines.

We also checked on the price of mine subsidence insurance. The most expensive policy is about $20 a month.