SHENANDOAH, Pa. — Crews had to clean up a mess on an area highway Friday morning when a truck hauling food waste from Mrs. T’s Pierogies spilled its... 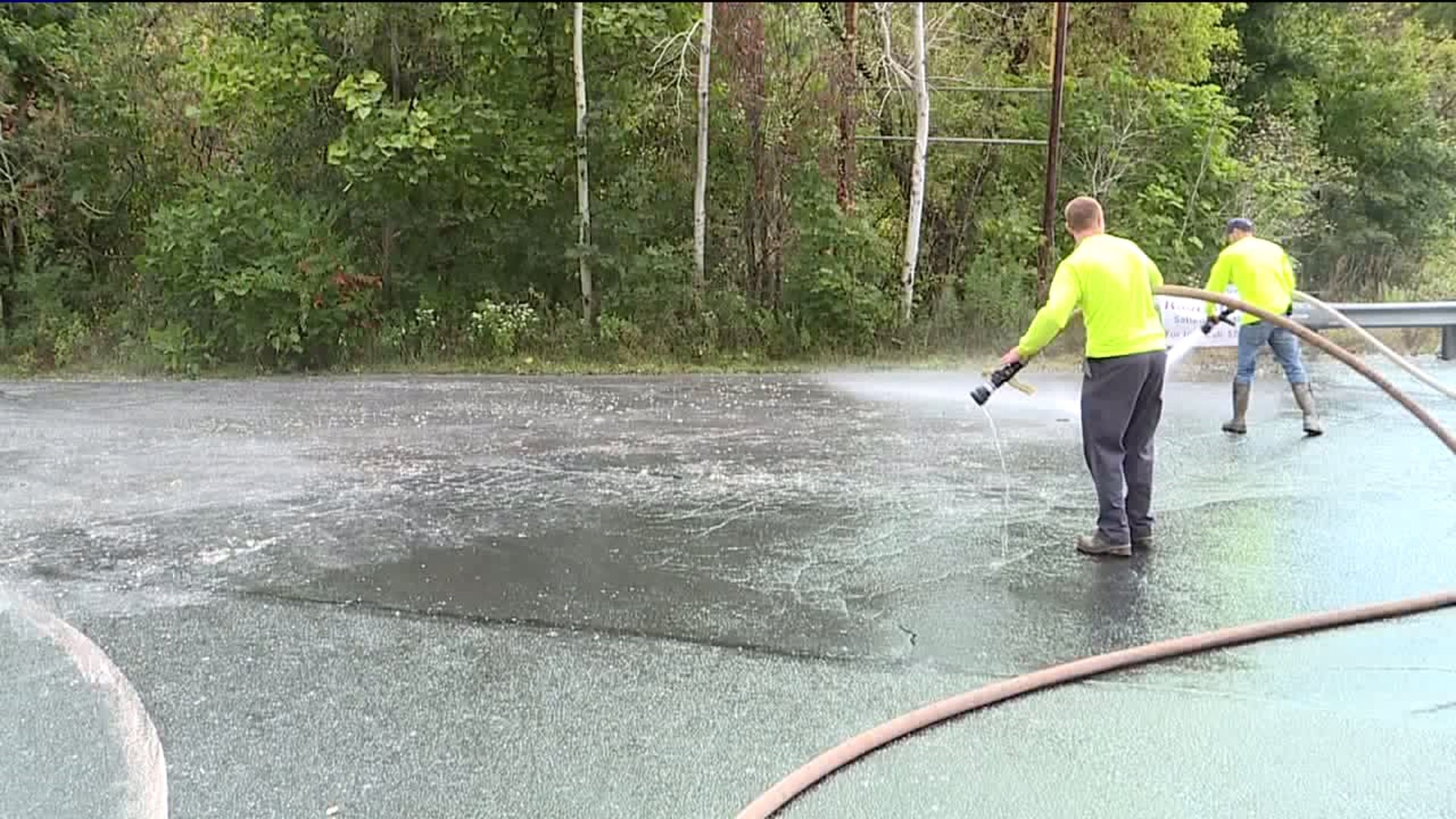 SHENANDOAH, Pa. -- Crews had to clean up a mess on an area highway Friday morning when a truck hauling food waste from Mrs. T's Pierogies spilled its load in Schuylkill County.

The spill happened around 5 a.m. on Route 924 in Shenandoah.

SAY IT AIN’T SO 🥟😦 20 tons of pierogie ingredients spilled onto the streets in Schuylkill County! But don’t grab a fork just yet, this was biodegradable *food waste* from a Mrs. T’s Pierogies truck. 18 bins fell out on Herald St in Shenandoah and another two in Gilberton. @WNEP pic.twitter.com/ePFOmYCnq7

The seemingly tasty trail was left behind after a truck hauling scraps from Mrs.T's Pierogies spilled 20 bins of organic food waste into the streets.

Jose Ramirez works across the street and could smell the remnants.

Mrs.T's Pierogies says that about 18 tons of food waste was dumped in Shenandoah and it took quite a while to clean it all up.

"No pierogies were lost."

"When they were cleaning it up with the machinery they brought in, they mushed it up a little bit, so all the dough and the potatoes mashed together, so if you've had a pierogi you know what it's like," said Columbia Hose Fire Chief Joe Boris.

This was organic food waste left after the pierogies were made. It was on its way to be recycled animal feed in Northumberland County.

So, thankfully, no actual pierogies were harmed.

"People were saying, 'oh, no, not the pierogies!' They were sad that we might be losing pierogies but no pierogies were lost. All the pierogies will be here in time for National Pierogie Day," said Vanessa Burney of Mrs. T's Pierogies.

"The groundhogs and stuff, they're going to eat good. They're set for the winter," Ramirez laughed.

It took fire crews more than three hours to clean up the mess using some heavy machinery and good old soap and water.