Tremont Trying to Stay Ahead of Flood Waters

TREMONT, Pa. —  Schuylkill County is still being hit hard with rain and flash flooding. Tremont is one of the worst areas affected by the storms. Tremont&... 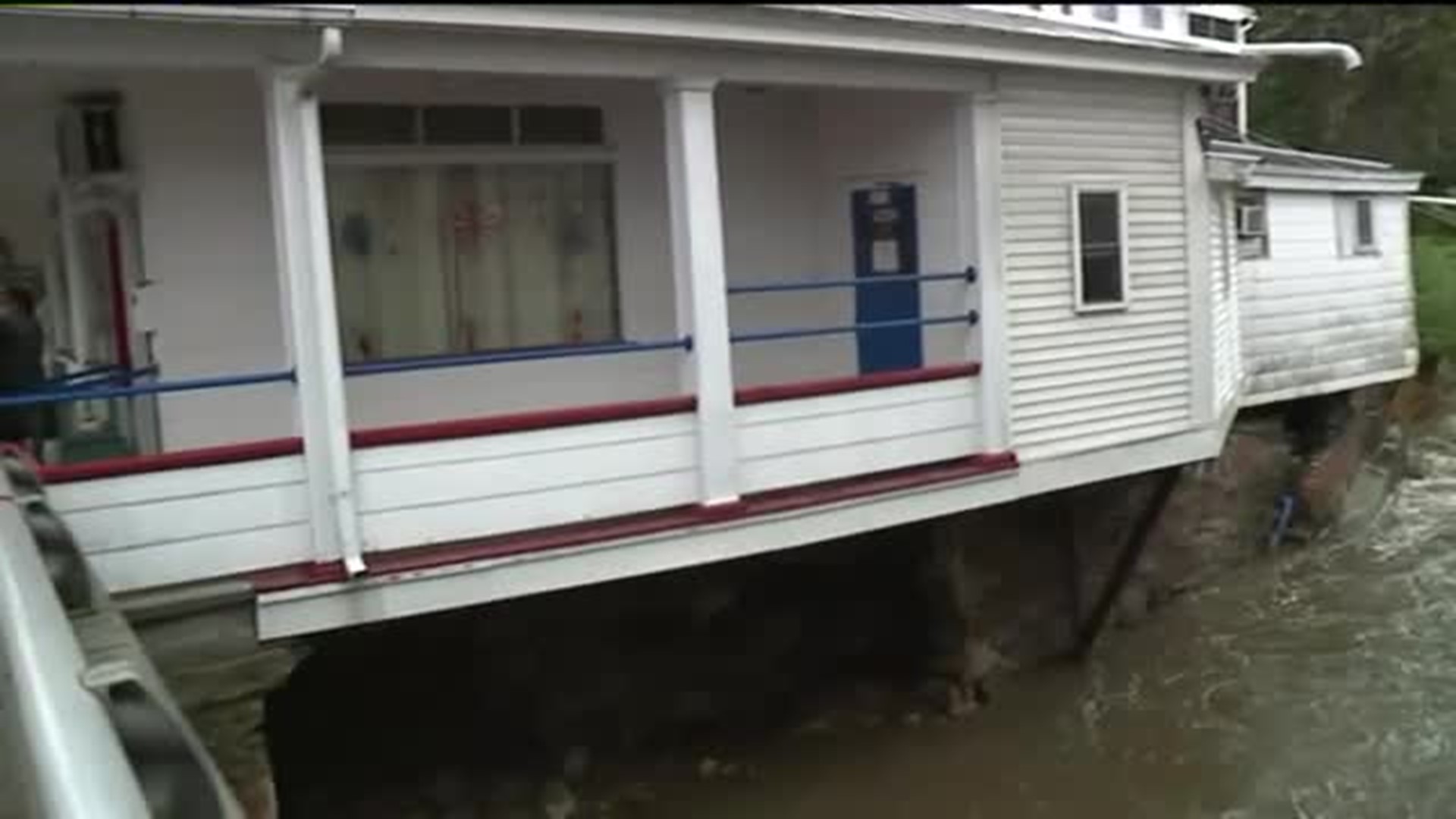 Tremont is one of the worst areas affected by the storms.

Tremont's American Legion Post has been closed because of flooding, and a section of the building has been knocked off by flood waters.

A group of people gathered outside American Legion Post 384 in Tremont, but they can't go inside.

"The flood has taken off the wall here, and we're not allowed to be in here anymore," said member Tim Murphy.

Flood waters knocked off a lower portion of the building, closing the place and forcing out three people who live in apartments above. Members have no clue whether they'll be able to open again.

"We've got to wait for an engineer to come in and tell us what we have to do," Murphy said.

Down the street, we found people doing their best to clean up the mess the flooding left behind.

"Last time this happened in 2011, I lost my whole front sidewalk. I was lucky this time, but the cellar's a mess. As my wife says, it's one way to clean out what's in the cellar you don't need," said Henry Kender.

The worst of the flooding, they say, happened a day ago but more rain is on the way.

"It's going to do this again tomorrow. Our whole idea today is to clean out the cellar. Clean everything out we can and put it to high ground because there is no sense in really getting excited and doing the cellar right because we're liable to get flooded again," Kender said.

Tremont's ambulance building is a now the command center for the borough, where firefighters and other emergency personnel are stationed.

The American Red Cross has also set up a shelter there for people who need it.

"Objectives for today, again, just keeping our head above water and helping do pump details and stuff like that. We're still in the recovery mode," said Tremont Mayor Ricky Ney.

With more rain to come in the next couple of days, the mayor says crews won't be able to clean up or assess the damage until all the rain stops.

The shelter at the borough's ambulance building will remain open until the weather clears out.