A train restoration group in Schuylkill County is hoping to get its engineer back on track after a difficult diagnosis. 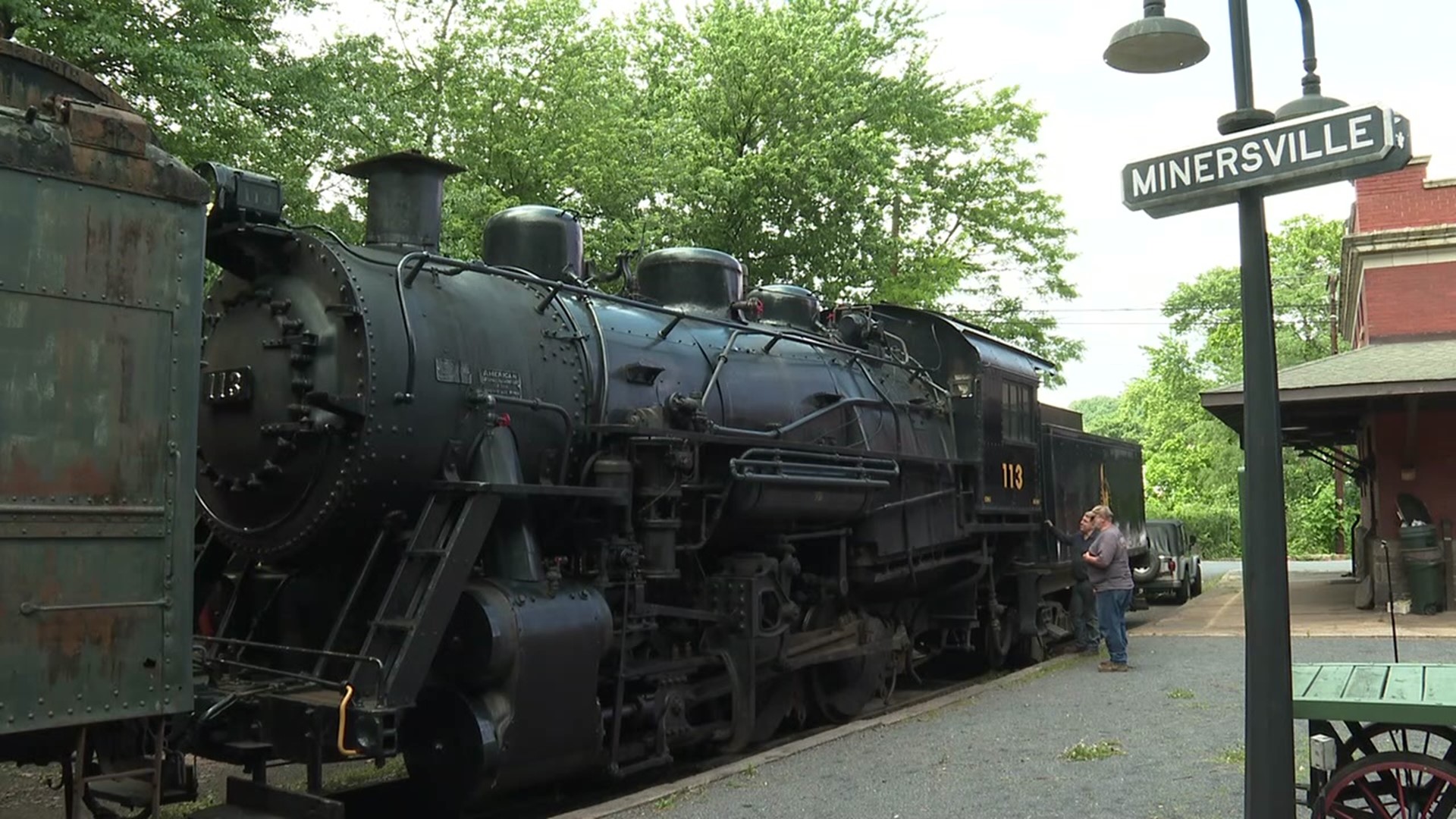 "The steam engine is called the simple machine, but it's far from simple," Kimmel said.

"As you see the locomotive today, it looked nothing like that when we got it. It was stripped down. Basically, it was a boiler and wheels."

The Jersey Central Lines engine was moved to Minersville in the 1990s and torn apart in 2000. Kimmel and others worked to restore the locomotive using as many original parts as possible, later forming Project 113. The locomotive started running again in 2010; the first time in a half-century.

Engineer Chris Bost has been the man behind the controls for almost every ride, known by other members for his signature style.

"His special hat that he wears," Robert Mestishen said. "Everybody knows who he is."

But Bost hasn't been around as often lately. He's been diagnosed with a neurological disorder that often weakens the arms and legs.

"It's really hard when it's somebody that you're with on these trips and is sitting right across from you in the cab of that locomotive. To hear that was tough," Kimmel said.

"He's handling it well. He has a very positive attitude. We're just trying to help out," Mestishen said.

Bost is receiving regular treatment, but it comes at a high cost. That's why Project 113 is hosting a fundraiser for Bost this Saturday, featuring train rides and a pig roast.

Kimmel hopes the event will help his friend pick up steam again.

Passengers will start boarding at 11 a.m. Saturday at the train station in Minersville. Tickets are still available.

Update as of midday June 14th: We have 70 (seventy) tickets left for the Chris Bost train ride and the following pig...