Three accused of abuse locking kids in the attic

Two parents and a step-grandparent are under arrest in Schuylkill County. Cops believe they locked three children in an attic and deprived them of food and water. 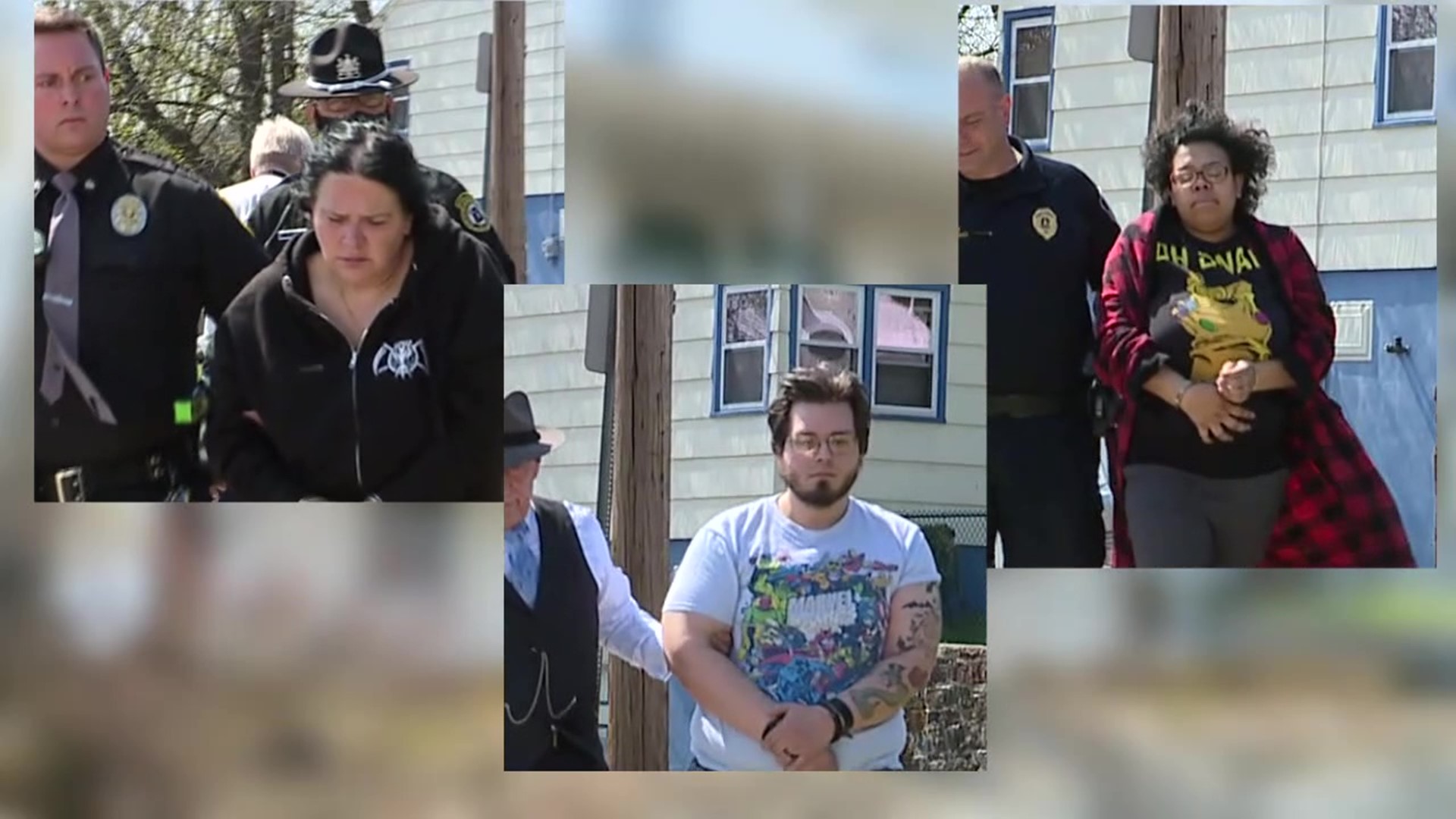 MINERSVILLE, Pa. — A set of parents and a step-grandparent have been charged with abusing children, two boys ages 12 and 11 and a 9-year-old girl.

Here's what police tell us, Todd Richter, 32, his soon-to-be-wife Jennifer Yost, and her mother, Wendy Yost, have spent the last two years keeping the children locked in the attic of the family home at 321 St. Francis Street in Minersville, depriving them of food and water.

The investigation has been going on for several weeks, and it all started when one of the alleged victims escaped from the home.

A woman saw the 12-year-old boy by himself on the street with bruises and looking distressed. She asked if he needed help and called the police.

The boy then told police that he had other siblings who were locked in the home, and that's when the investigation grew.

According to the police report, the children endured beatings, getting pushed down the stairs, and were only given moldy food to eat.

The Minersville police chief says that in over 30 years on the job, he's never seen anything like this.

"It was a sad case, but we're happy that those children are out of that situation. They told us how to get water to drink, they were being locked in the attic, and they would open the window, and there's a drain there, and they had an old peanut butter jar or something, and they would stick the underneath the drain in order to get something to drink," said Minersville Police Chief Michael Combs.

All three were charged with endangering the welfare of children, aggravated assault, harassment, and other charges.

Bail has been denied. All three people are locked up at Schuylkill County Prison, awaiting a preliminary hearing scheduled for April 13.