TAMAQUA, Pa. — Many people woke up with the surprise not having power Sunday morning, including Robert Hain. “I woke up, and I was in my recliner, i... 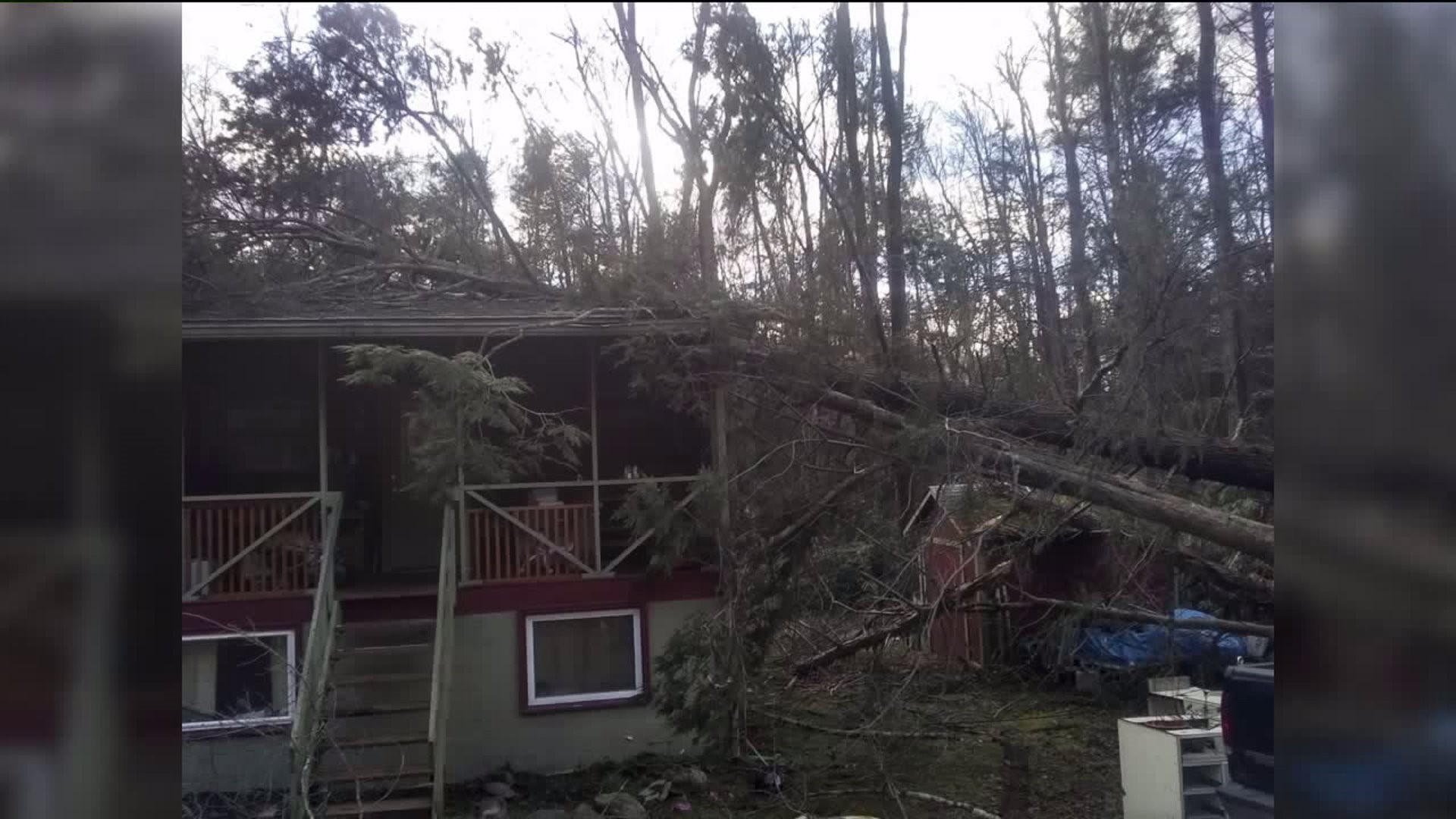 TAMAQUA, Pa. -- Many people woke up with the surprise not having power Sunday morning, including Robert Hain.

"I woke up, and I was in my recliner, it's electric," Hain said. "I had a hard time getting out of my recliner!"

According to PPL, thousands of people across our area were in the dark. PPL posted that some outages were caused by tripped breakers, and others were the result of the weather.

While Luzerne County had its fair share of power problems, Schuylkill County was hit harder according to the outage maps. About 3,000 homes were without power much of Sunday morning.

Some people said they lost power around 7:30 a.m. The popular restaurant Leiby's had just opened, and employees were gearing up for their Sunday breakfast rush.

"We have a great breakfast," Christine Stumhofer of Leiby's said. "Church people coming before and after, a lot of people always coming in."

The restaurant was forced to close its doors for about three hours. Employees say many people from surrounding areas came looking for brunch to escape their own power outages.

"We had to turn a lot of people away. It was a shame," Stumhofer added.

"The parking lot was empty, but there was a blinking sign that said open and a note on the door that said power outage," customer Lori Diettrick said.

Power was restored at the restaurant around 10:30 a.m.

Diettrick arrived just as the lights came on and waited it out while employees got things up and running.

"We were disappointed we couldn't get breakfast because of a power outage," she said. "But they were nice enough to let us in early, and we got lunch."

According to the PPL website, most homes had power back before 11 a.m.

Crews worked throughout the day to repair downed trees and other weather-related outages.

People without power can report it on the PPL website here.