Even at 75 percent capacity allowed by the state, theaters would still have to keep six feet of distance between each of their guests. 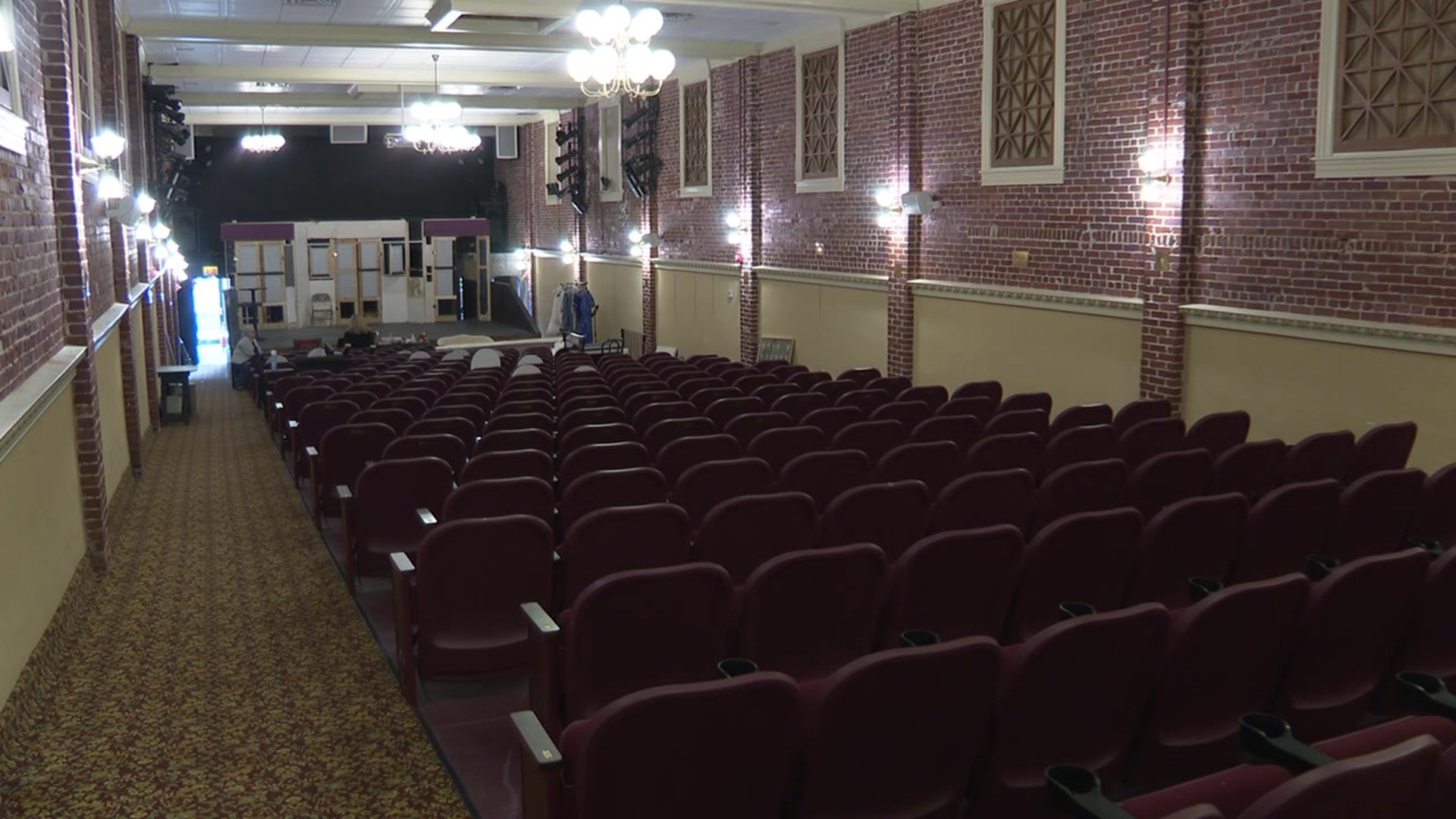 POTTSVILLE, Pa. — The Majestic Theatre has been mostly quiet over the last year.

The normal slate of live performances and shows had to be canceled because of the coronavirus, with only a few productions happening virtually or in front of limited crowds.

But those cardboard cutouts aren't cutting it anymore.

"They don’t like not having an audience. Performing to an empty house is just a rehearsal. You lose something, and it doesn’t translate well," said Lisa Gillespie, Majestic Theater Executive Director.

Until recently, capacity restrictions from the state meant the theater could only sell 40 to 50 tickets per show.

"It doesn’t even come close to covering the costs of a show, especially if we were to do a musical," Gillespie explained.

That's why when Governor Wolf allowed indoor venues to return to 75% capacity, Gillespie was very excited.

Even if 75% capacity was allowed by the state, the theater would still have to keep six feet of distance between each of their guests, meaning they could only fill the theater to 65% capacity.

But Gillespie says the guidelines are still unclear.

According to the state, indoor events such as live performances are limited to 25% capacity.

"I honestly don’t know what the right answer is. I don’t know what fits us," she said. "I did reach out and try to get an answer, and I just kept getting the stock reply."

Newswatch 16 reached out to the Department of Health for clarification, but we have not received a response.

Gillespie was forced to cancel several events scheduled for this month, but preparations are underway for the theater's next live performance.

"We are in rehearsals for "Mamma Mia" now, and we are hoping that that is able to be live," she added.

Gillespie is longing for the day when the stage can be set, and the lights come on in front of a packed house.