TAMAQUA, Pa. — Students filed out of Tamaqua Area High School early thanks to the much-anticipated start of spring break. The split from school is more so... 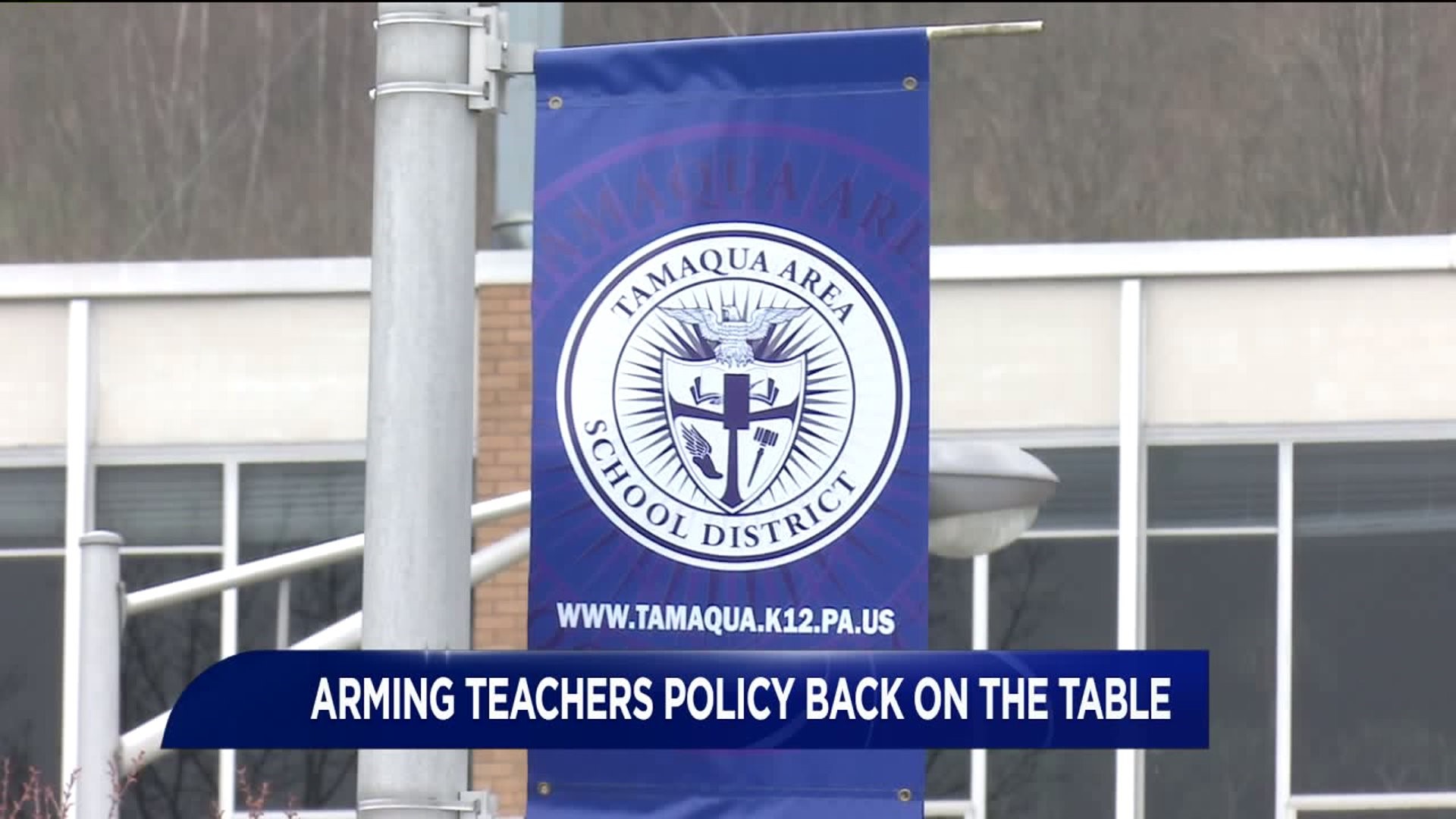 TAMAQUA, Pa. -- Students filed out of Tamaqua Area High School early thanks to the much-anticipated start of spring break. The split from school is more so on their minds compared to the controversial policy that's grabbed headlines

"It's not really a big topic," one student said. "I haven't really heard anything."

Then facing lawsuits in January, the school board voted against implementing the policy. Now, there's a new development in this ongoing controversy. After a school board meeting this week, the policy has been reinstated and is back on the table for the discussion.

"I believe that teachers who have a permit to carry who have gun skills and are knowledgeable, I have no problem with them having a gun in their possession while they're in school as long as parents and administration do not object to that," Jim Comstock of Allentown said.

Newswatch 16 spoke with the assistant superintendent who tells us nothing has changed within the district from yesterday to today and no teachers are carrying guns. CeaseFirePa, a statewide non-profit organization that aims toward taking a stand against gun violence says its "appalled" that the district has reinstated the policy. opinions among students vary.

"I personally don't think it'd be a good idea because if someone would start acting up or something like that, maybe they'd do something stupid," Hayley Martin said.

Newswatch 16 left a message for the superintendent but did not hear back.