A prestigious national magazine is recognizing a businesswoman who grew up in Schuylkill County. The CEO was named to the Forbes 50 over 50 list. 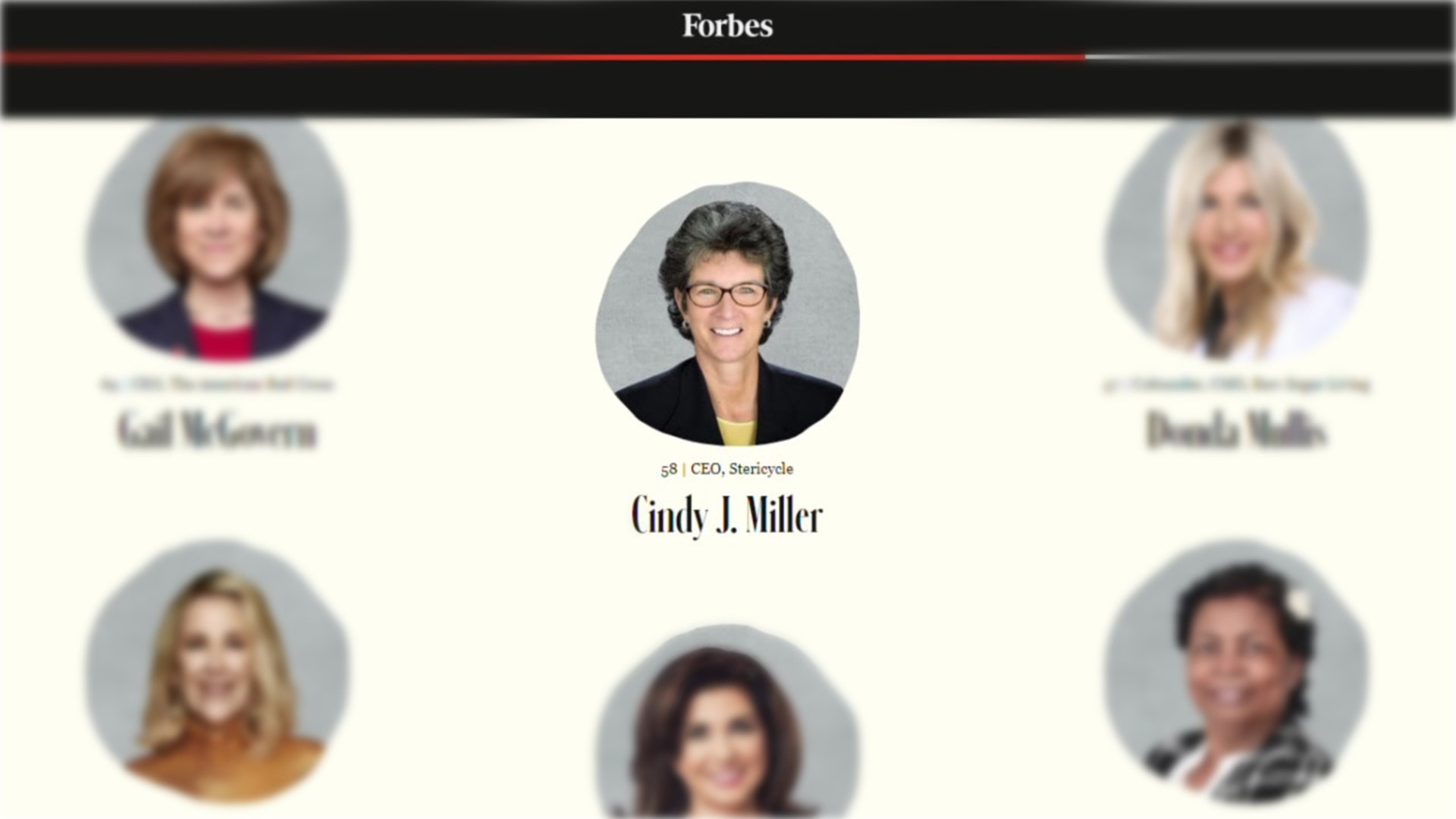 CHICAGO, Illinois — A business executive raised in Schuylkill County has been named to Forbes magazine's 50 over 50 list.

Cindy Miller now resides in the Chicago area, but her Pennsylvania roots run deep. She grew up in Tamaqua and graduated from Tamaqua Area High School. She still has fond memories of the place she once called home.

"It's a great town," Miller said. "It's a Norman Rockwell hometown filled with parades and Friday night football and just a lot of neighbors getting together."

Growing up in Schuylkill County taught Miller the value of hard work.

It's a lesson she took with her when she started driving for UPS. For three decades, she worked her way up in the company, but in 2018 she saw a new opportunity.

Miller became president and later the CEO of Stericycle, the nation's largest medical waste disposal company. During the pandemic, Stericycle had to take on much more.

"It's the specialty waste that comes out of hospitals or operating rooms or doctors' offices," Miller said. "Our essential workers, from the beginning of the pandemic, really had to help support the health care network and be in the front lines."

Miller said Stericycle had to adapt and grow, as many other businesses did, even helping collect waste from mobile clinics and testing sites.

Despite these challenges, Stericycle is thriving with Miller at the helm, improving its market value by 55%. That's part of why Miller was recently included in Forbes 50 over 50 list, reaching the top tier of a list with more than 10,000 nominees.

"To realize that they made a cut at 2,500 and then they took the top 300 and all the process they went to to get to the top 50, I can tell you it's extremely humbling," she said of the recognition. "It's been the pinnacle of my professional career."

Miller said she comes back to Tamaqua whenever she can, the town that helped mold her into a successful CEO.