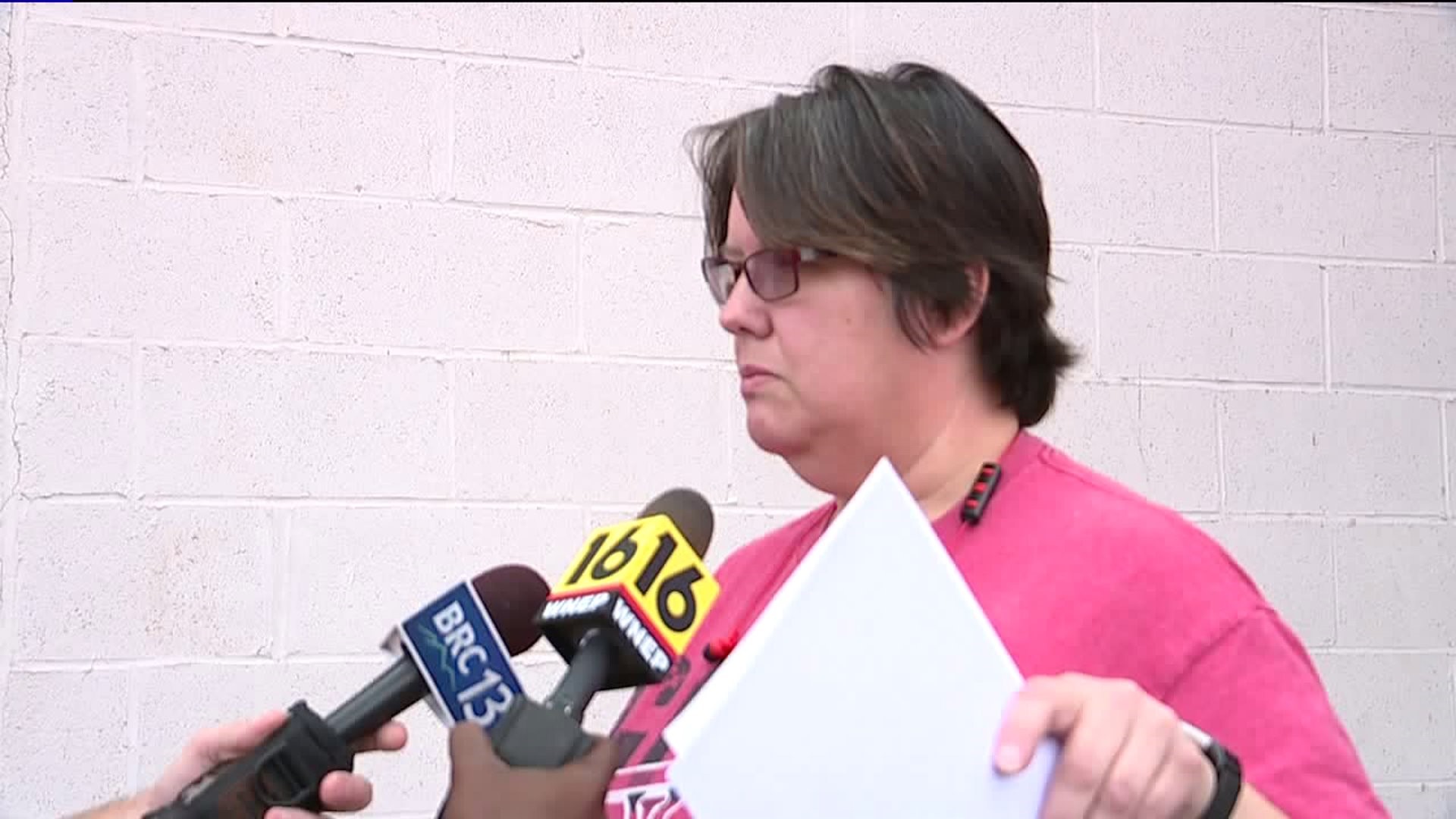 TAMAQUA, Pa. -- A woman in Schuylkill County, already accused of stealing from the Salvation Army, now faces a new charge. Investigators believe the former leader of the place set fire to a room inside the building earlier this year.

Sharon Whispell denied she was involved in setting the fire at the Tamaqua Salvation Army back in May, but police say surveillance video puts Whispell in the room moments before the fire started.

"All I have to say is I am innocent. I would never harm another living soul in my entire life. I'm really confused they would even think of that," Whispell said.

Walking out of court, Whispell denied the charge of arson at the Tamaqua Salvation Army.

Whispell came to court on charges that she stole $116,000 from the Salvation Army, only to find out police were also charging her with setting the fire at the building in Tamaqua.

"I was very surprised. It threw me," Whispell said. "But I don't want to say anything else."

Court paperwork shows that Tamaqua police had to use a fire extinguisher to put out a fire at the Salvation Army back in May.

Surveillance video shows Whispell meeting with one witness who says Whispell asked for a cigarette lighter. Minutes before the alarm went off, Whispell is seen going to the area of the fire.

"My first instinct would be to save you and to help you. My entire career has been helping people," Whispell said.

Whispell was released on unsecured bail.

The Salvation Army has said despite the theft and arson, none of the people they serve in Schuylkill County have lost services.