SCHUYLKILL COUNTY — A dog had to be put down after rescuers say he was shot in the head. The dog was found in a coal field in Schuylkill County and volunt... 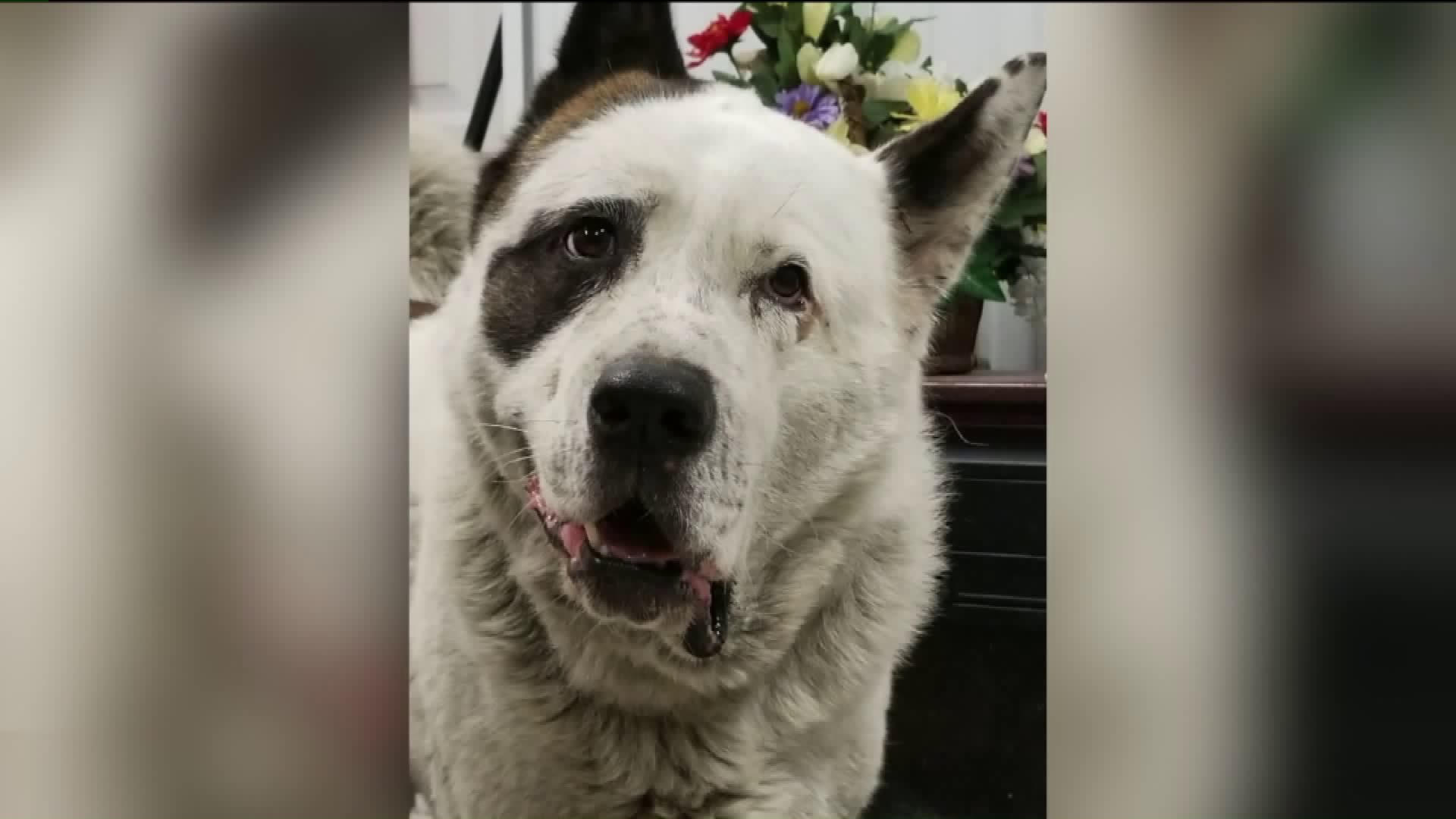 SCHUYLKILL COUNTY -- A dog had to be put down after rescuers say he was shot in the head. The dog was found in a coal field in Schuylkill County and volunteers were horrified when they realized his head wound came from a bullet.

"He just, he looked like he was heartbroken," said Sue Schafer. Schafer is the president of the Tamaqua Area Animal Rescue and an animal humane officer.

She got a call Saturday when a couple of kids found a suffering dog in a coal field near Coaldale. The dog was covered in mud and unable to walk. After a day of trying to nurse him back to health, Schafer brought him to the Hillside SPCA in Pottsville.

"He was a very sweet dog. He would just look at you and he would just have the sweetest face," said Tricia Moyer-Mentzer, of the Hillside SPCA.

Rescuers first thought Falkor the dog had Lyme Disease or had a stroke. X-rays showed the Akita mix had bullet fragments in his head.

"Chilling and shocking. I don't know how anyone could be so cruel to look at a dog, shoot him in the head and leave him," Moyer-Mentzer said.

In Pennsylvania, it is legal for a pet owner to euthanize their animal with a bullet but only if it done so in a humane way. That wasn't the case for Falkor.

"It's just despicable. There's no way he had to suffer like that. There are so many humane ways," Schafer said.

Schaefer found Falkor Saturday, brought him to the SPCA in Pottsville Sunday, but doctors had to put him to sleep Tuesday. They do not know when the shooting happened or how long he was suffering, but his health was quickly declining.

"What makes it even more horrifying is I wonder how many dogs and cats and animals do suffer out there alone, by themselves," Moyer-Mentzer said.

Doctors believe Falkor was probably only three or four years old. Employees and volunteers at the Tamaqua Area Animal Rescue and the Hillside SPCA in Pottsville are determined to bring Falkor justice and find who did it.

"He left this world knowing people cared, and that's the most important thing. That we tried."

A man in Schuylkill County is offering a $500 reward for anyone with information. You can contact the Hillside SPCA or the Tamaqua Area Animal Rescue.