Students with Disabilities Get Life-changing Equipment

NORWEGIAN TOWNSHIP, Pa. — There were plenty of smiles Monday at Schuylkill Intermediate Unit 29 near Minersville. Variety The Children’s Charity pre... 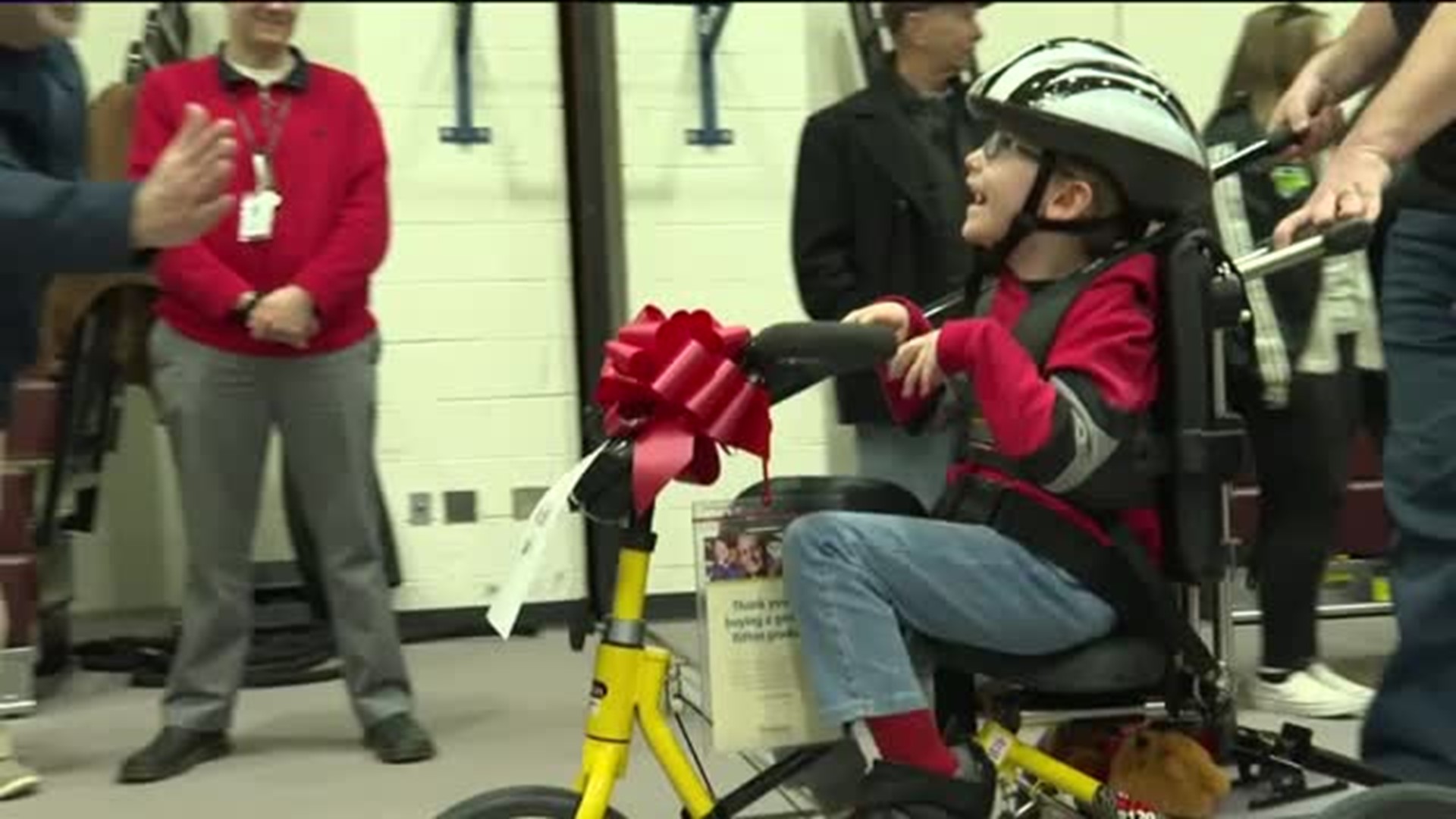 NORWEGIAN TOWNSHIP, Pa. -- There were plenty of smiles Monday at Schuylkill Intermediate Unit 29 near Minersville.

Variety The Children's Charity presented students with disabilities in this part of Schuylkill County with equipment that's tailored to their specific needs. That equipment includes 23 adaptive bikes, three adaptive strollers, and 30 communication devices with technology to help enhance communication for these children.

The charity footed the bill of more than $80,000 for the equipment.

Former Governor Tom Corbett is on Variety's board of directors.

"This program is important because it's helping children. It's helping children and families gain independence for the child, especially with the bicycle being able to get around with their brothers and sisters and kids in the neighborhood, with a stroller to help the parents be able to transport children in and out of buildings. Most of these children will be in a wheelchair and you know how difficult that is," Corbett said.

Some parents of kids who have disabilities who received some of the equipment, including adaptive bikes and strollers, say this is all life-changing.