PINE GROVE, Pa. — A group of students from Schuylkill County will be traveling to France for the 75th anniversary of D-Day to be with veterans of that bat... 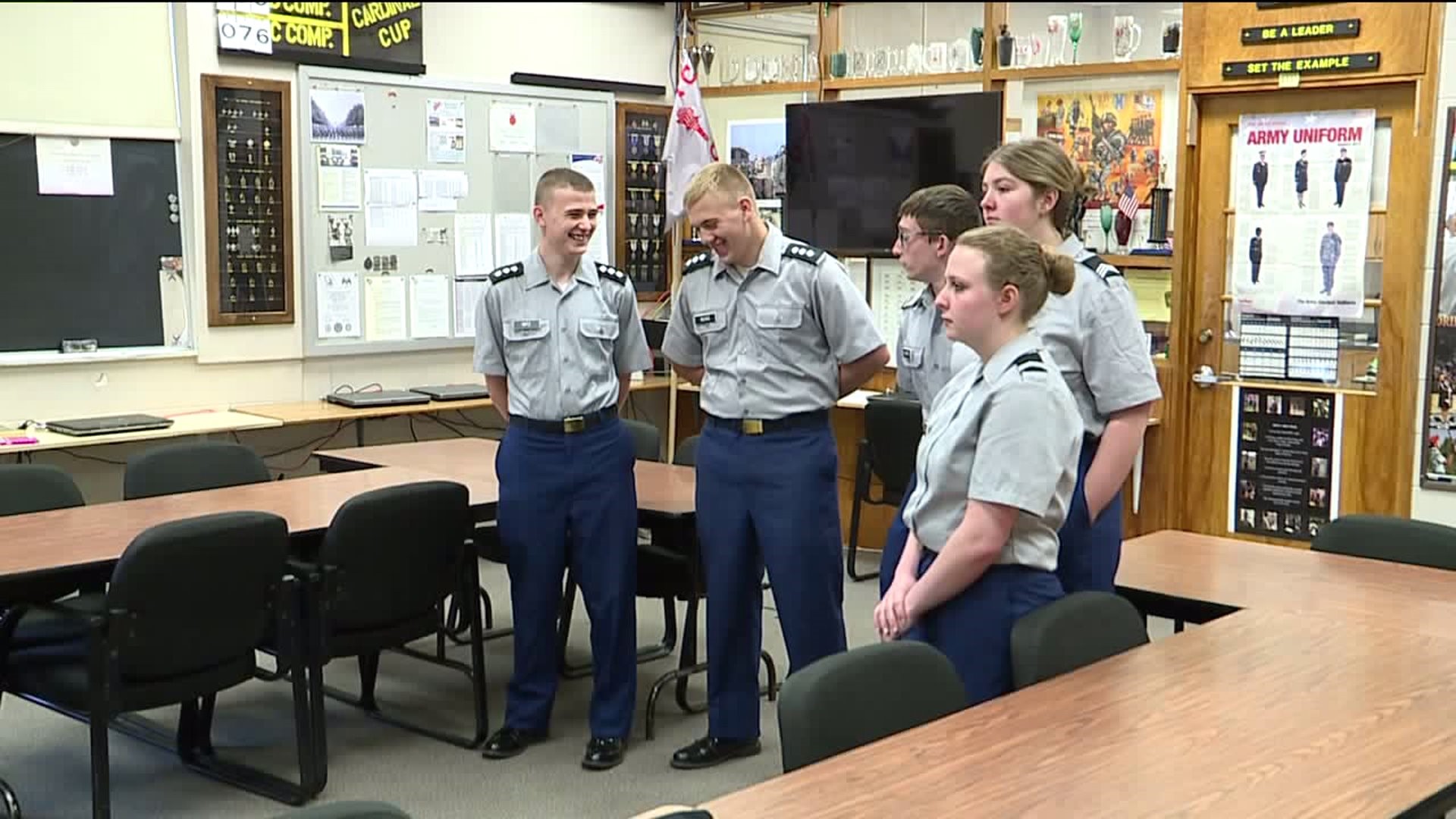 PINE GROVE, Pa. -- A group of students from Schuylkill County will be traveling to France for the 75th anniversary of D-Day to be with veterans of that battle for a special series of events.

Students from Pine Grove High School will be journeying to Normandy, France for the 75th anniversary of D-Day next month.

It's safe to say there's a mixture of emotions among Junior ROTC cadets from Pine Grove High School. In about a month, they'll be setting out on a trip of a lifetime.

"It's sort of been scaring me that I'm going to be going to a different country and then we're going to have a whole bunch of things to do, honoring these veterans and things like that. It's a huge responsibility," said sophomore Isabella Moyer.

It's a responsibility this group of students is savoring and will surely never forget. On June 4, 23 Junior ROTC cadets from the school will head to Normandy, France to commemorate the 75th anniversary of D-Day, the only Junior ROTC program in the state to make the overseas trek.

"I've never been overseas. I've never been to an overseas country and it's going to be a new experience for me. I'm really looking forward to it," said senior Devon Hitz.

Fundraising efforts for the trip have been ongoing for about a year so these young cadets would have the opportunity to take part in several events in France recognizing one of the most historical time periods in world history.

"They can really grasp the World War II sacrifices that were given over there," said instructor Sgt. Leroy Bates.

"It showed how strong the Allies were as a group. It showed our determination. Because, honestly, if that battle would've been lost, who knows what would be happening right now?" said senior Peyton Nuske.

Activities on the trip will include taking part in the D-Day memorial parade, visiting the D-Day Museum, performing at cemeteries in honor of American veterans of World War II, and a visit to the Eiffel Tower in Paris.

"It's going to be a life-changing experience for everyone involved, not just me," Moyer said.

The Junior ROTC cadets have a fundraiser this Saturday at American Legion Post 910 in Jonestown from noon to 11 p.m.

Seniors going on that trip will miss graduation ceremonies back in Pine Grove, but still have plans to celebrate in Paris.