BUTLER TOWNSHIP, Pa. — Living in northeastern and central Pennsylvania, we all frequently encounter work zones on the roads. Sometimes, those hazards snea... 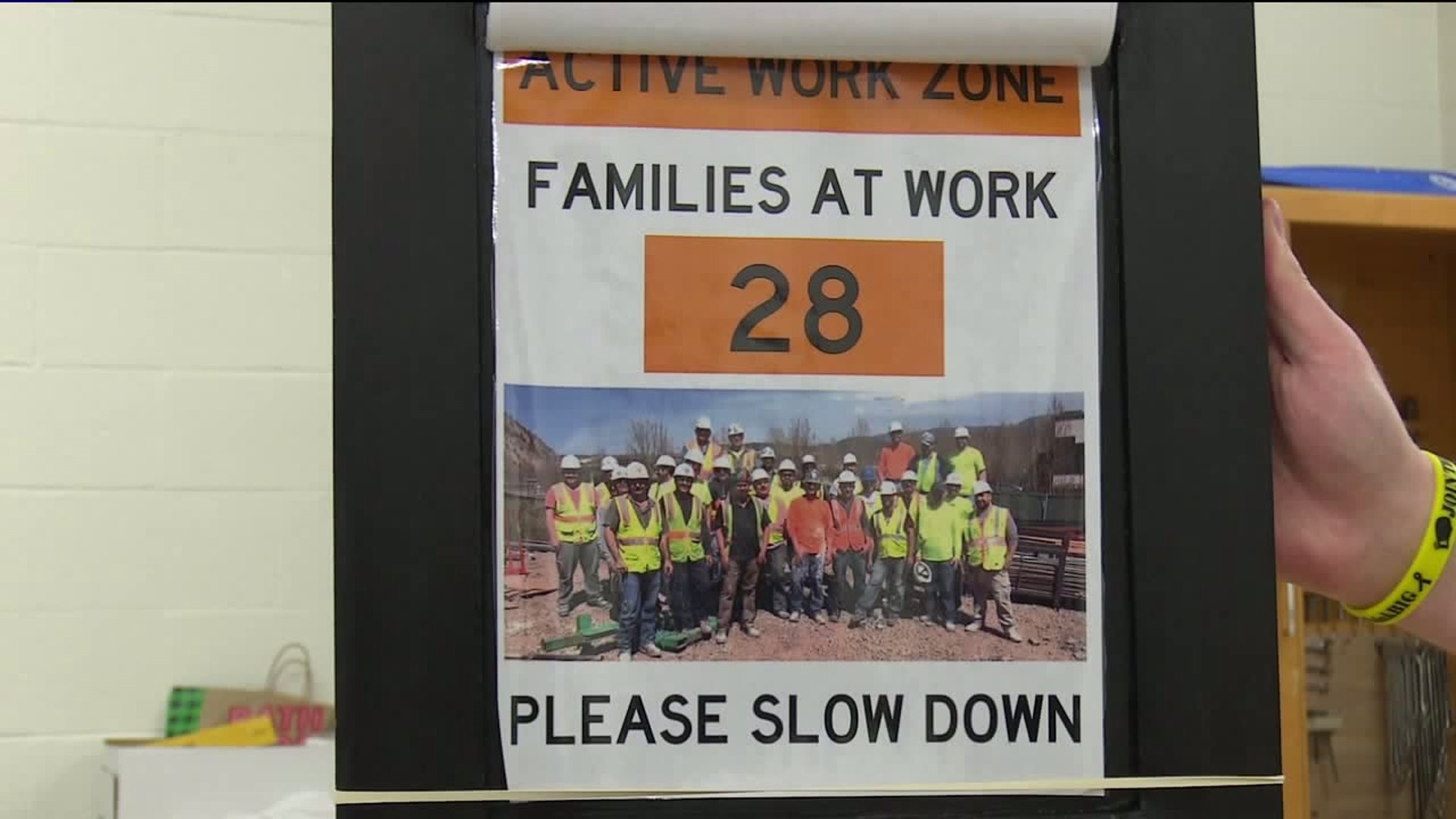 BUTLER TOWNSHIP, Pa. -- Living in northeastern and central Pennsylvania, we all frequently encounter work zones on the roads. Sometimes, those hazards sneak up on us.

A group of students from North Schuylkill High School presented a plan to PennDOT that would hopefully force drivers to slow down and become more aware of roadwork in progress.

Work zones along roadways can be a dangerous space for both drivers and roadside workers, but STEM students from North Schuylkill High School recently came up with an idea to make those areas safer for everyone.

"We thought if we could affect one person, get one person to slow down, that's going to slow down the rest of the cars," said tech ed teacher Kelly Stone.

Competing in PennDOT's innovations challenge, the group of seniors devised an idea for digital, solar-powered LED signs to place along interstates to warn drivers about upcoming road work.

"The current signs that we have, which are limited to 24 characters, it's orange and black, you see them every day. You don't really take notice of them, but something that really catches your eyes, you're going to want to look at it and listen to it," said senior Tyler Wolfgang.

"We wanted to use technology that's used in current billboard advertising, like electronic billboards that you see on the road, shrink it down, and use that as a road sign. With this technology that's already available, we could display so much more to drivers, such as maps, other photos, and a lot more information," said senior Drew Mashack.

The students will present this idea to the Pennsylvania secretary of transportation on April 10 in Harrisburg.

"One of the major causes of work zone accidents is actually how drivers aren't aware of the constantly changing conditions of the work zone, so we think by giving them a warning of what to expect, that there's a flagger around the bend or if they can see the curvature in the road, then it might limit a chance of getting into an accident," Mashack explained.

PennDOT urges all drivers to slow down when encountering work zones. Speeding penalties are stiff, and drivers who kill roadside workers can spend up to five years in prison.