WEST BRUNSWICK TOWNSHIP, Pa. — A group of students from a career and technical school in Schuylkill County partnered with a motorcycle dealership to build... 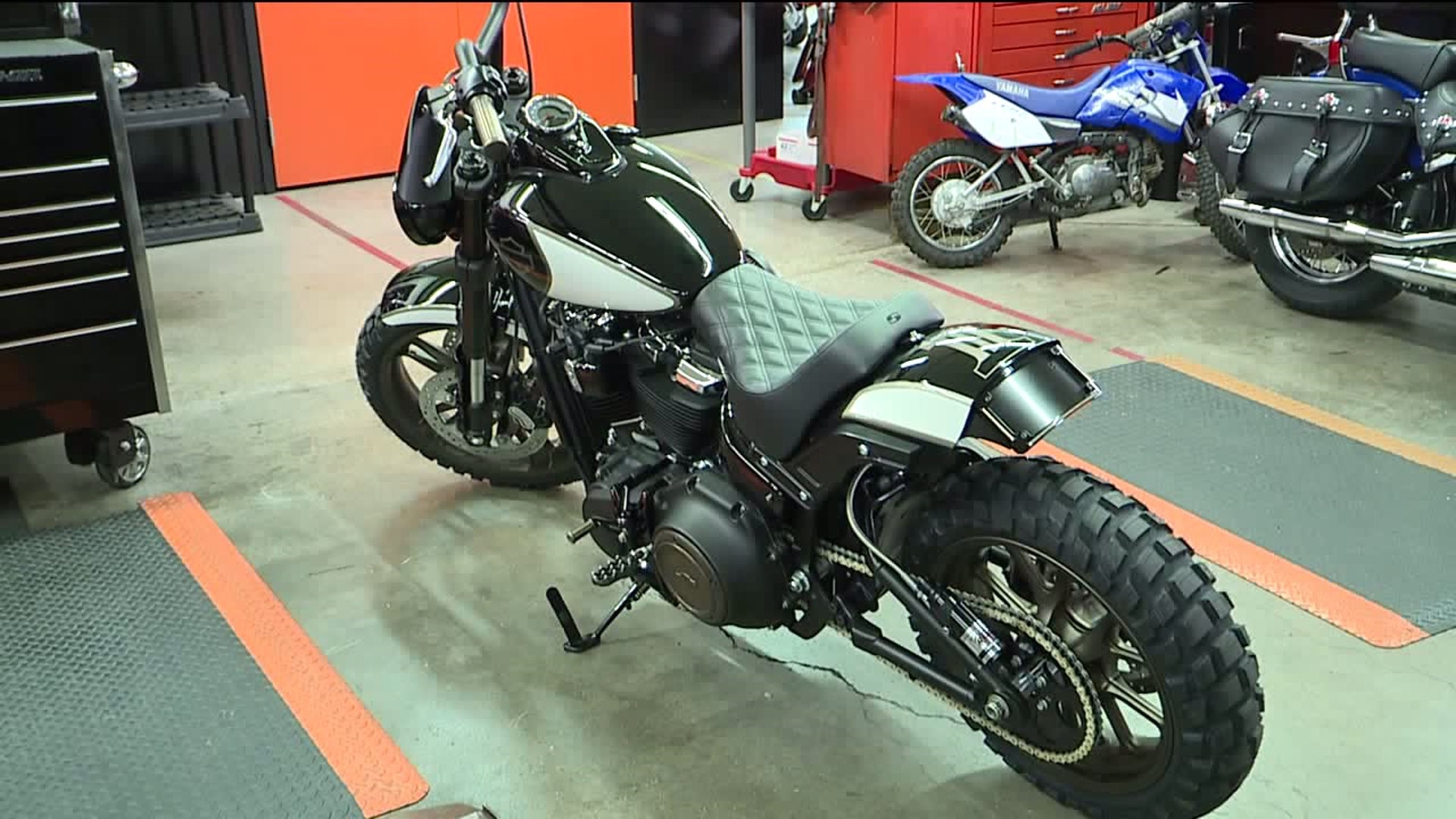 WEST BRUNSWICK TOWNSHIP, Pa. -- A group of students from a career and technical school in Schuylkill County partnered with a motorcycle dealership to build a custom bike. That bike is entered into a well-known competition among motorcycle enthusiasts.

At Schaeffer's Harley Davidson near Orwigsburg, there are a bunch of slick looking, shiny motorcycles in the showroom, but there's one behind the scenes that's getting a lot of attention.

"It was definitely my favorite project that I did in my whole four years, just because it's different and it's in a competition," said Schuylkill Technology Center student Bailee Nauyalis.

The motorcycle dealership partnered with students from the Schuylkill Technology Center to build the custom Harley. The group from STC came to Schaeffer's twice a week to work on the bike.

It even resulted in a job for Aaron Smith.

"I actually tried to get an internship and they offered me a paid job. Since I was young, I wanted to be a Harley mechanic. It's a hobby I'm getting paid for," Smith said.

Students from STC even came up with the design, which has a "Mad Max" theme based on the Australian post-apocalyptic movie. The bike is entered into Harley Davidson's popular Battle of the Kings competition.

"You're normally wondering what the youth of today are thinking about the industry and how to improve it and how to incorporate their ideas and we got to see that firsthand," said parts manager Glen Piazza.

"When everything came together at the end there and it was unveiled, it was probably one of the best things I've ever seen," said student Jarrett Butz.

"We take apart a lot of stuff that just belongs to the school and put it back together, so it's just practice. Now they actually applied it. That's going to be seen by thousands of people," said STC instructor Jason Wright.

Voting for the competition runs through May 15. Click here to check out the bike and cast your vote.