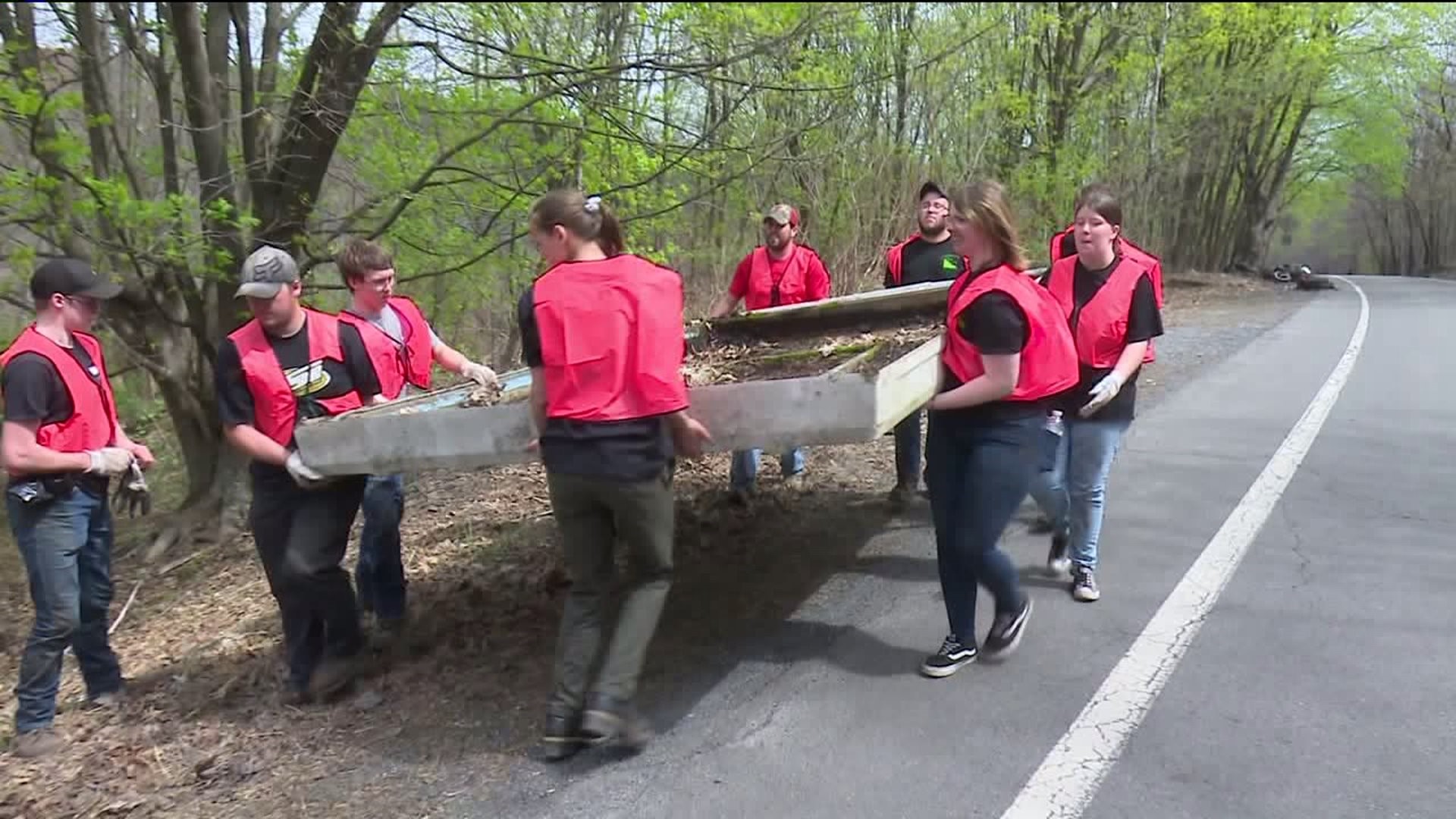 Diapers, a camper top, a Jeep door, tires, old bottles -- just some of the things a group of students and teachers from Schuylkill Technology Center found along Peach Mountain Road near Pottsville. A total of seven school districts across the county competed in an Earth Day-inspired cleanup effort.

"It's definitely very disturbing to see how disgusting and poorly people treat the earth. We only get one planet," said STC student Kayla Walker.

The schools that were out cleaning up and making a difference included Blue Mountain, Tamaqua, North Schuylkill, Minersville, Pine Grove, STC, and Mahanoy Area. the Schools then presented their findings in front of a panel of judges at Schuylkill Technology Center South Campus.

"It's pretty upsetting. I think that the community should come together and take part in cleaning this up. We spent three hours out here and you see how much trash we've picked up," said STC student Austin Sieger.

They cleaned up for three hours Tuesday morning and found more than 200 tires dumped on the side of the road.

"We did this last year and it was half this bad. This road is really bad. It's been for years," said STC student Blake Herndon.