SHENANDOAH, Pa. — It’s been about a decade since members of the Shenandoah Street Hockey League have gotten together to play, but they got the gang ... 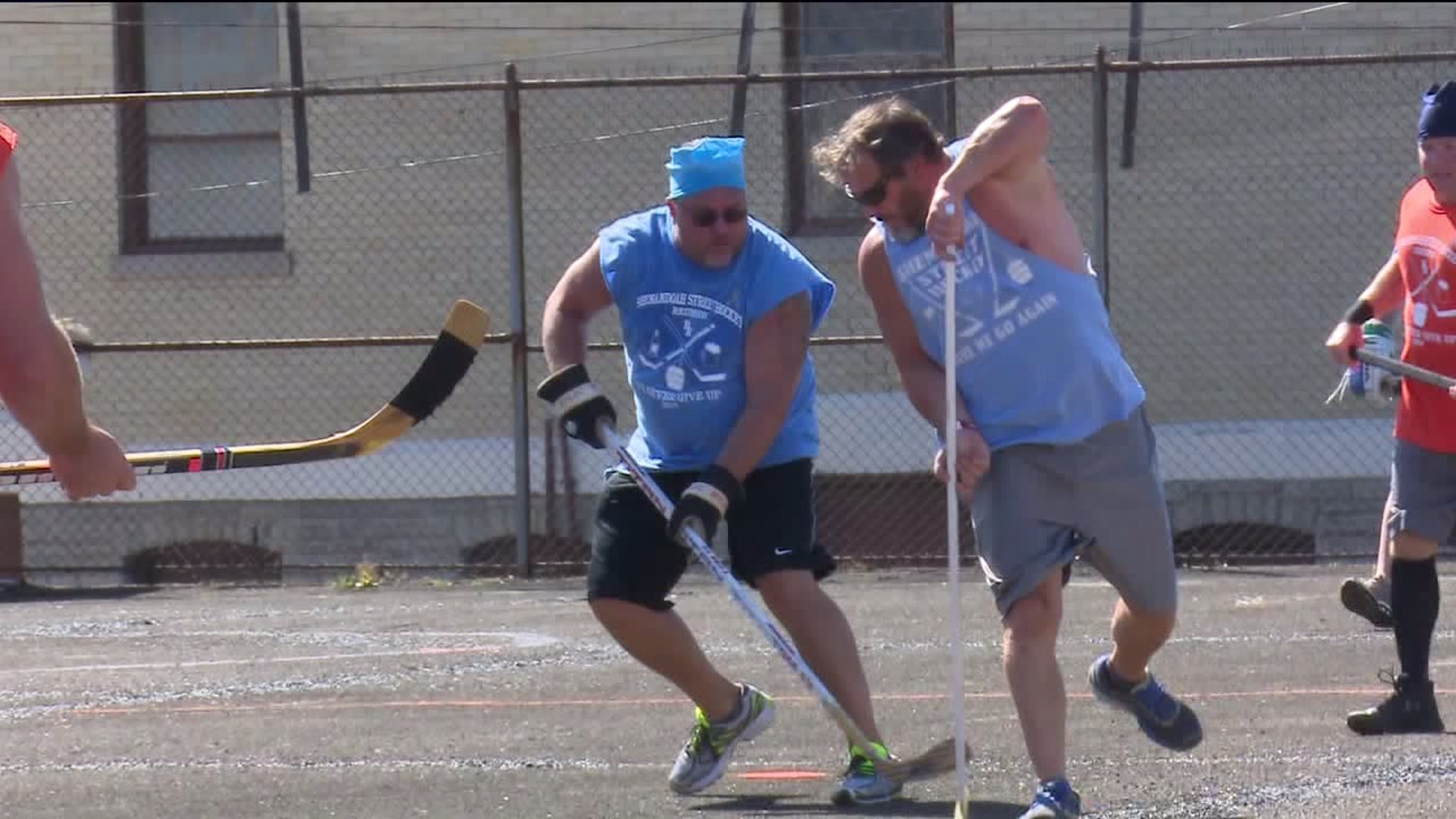 SHENANDOAH, Pa. -- It's been about a decade since members of the Shenandoah Street Hockey League have gotten together to play, but they got the gang back together on Saturday.

Members of the league, which folded in the mid-'90s, returned to their old stomping grounds in the parking lot of St. Casimir's Church in Shenandoah on Saturday.

But they're not just here to play hockey. They're also here to help out a teammate, Brian Rooney, a veteran who's taken on a new battle: brain cancer.

The money raised from donations, t-shirt sales, and the cost of playing, will all go directly to the Rooney family.

"We know the family very well, and we just wanted to help out the family in general. The community all pulls together when stuff like this happens," said organizer Mike Vernalis.

"We all get together. We try to help each other out. That's what Shenandoah is about," added Palubinsky.

The hockey league was started in the 1970s. Watching and playing street hockey has been a part of growing up in Shenandoah for many of the players here.

"We all played 25, 30 years ago, and everybody's like one small community, and everybody remembers each other," said organizer Steve Karvois.

"You've got guys like myself, 57 years old, some guys who might be a little older, and we're still playing street hockey," Mark Pronio of Shenandoah remarked.

That's why their motto for this year's reunion is "We Never Give Up." These players will never give up their love of the game, but they'll also never give up on each other.

"When somebody in our family is hurting, we come together. We've always done that, and it's a beautiful thing," Pronio said.