TAMAQUA, Pa. — A woman in one Schuylkill County community says she was in the bathroom of her house on Monday when a stray bullet nearly hit her in the he... 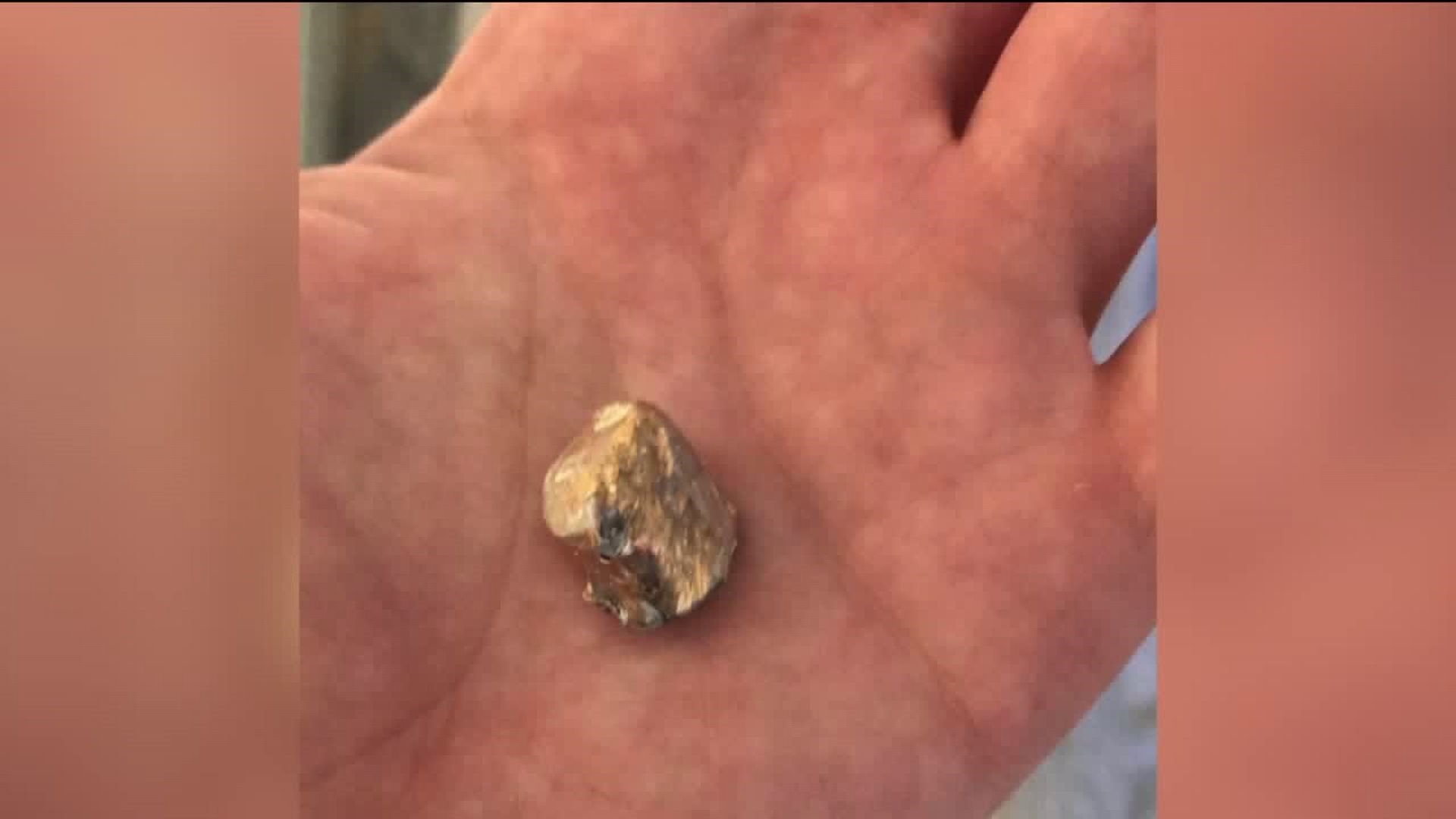 TAMAQUA, Pa. -- A woman in one Schuylkill County community says she was in the bathroom of her house on Monday when a stray bullet nearly hit her in the head.

It was quite a Labor Day afternoon for Kristina Bates of Tamaqua. Just minutes after giving her daughter a bath, that stray bullet ripped through the same bathroom, nearly hitting Kristina.

"I heard this loud bang. At first, I thought it was the shampoo bottle hitting the shower, so then I'm looking around, looking to see where this loud noise came from and I picked it up and it was this hot, circle object. Then I figured out it was a bullet," Bates said.

Flustered and shocked, Bates quickly realized that bullet pierced the window frame of the bathroom at her home on Lombard Street in Tamaqua, narrowly missing her head.

"My daughter was in the bathtub 15 minutes prior. What happens if I was scrubbing her, it hits me while I was washing her hair? Not only that, almost every house on this block has a child. What happens if somebody is outside playing, it hit a child? Or now that hunting season is starting, what happens if all these people are going to be shooting and there's kids playing at the elementary school for recess?"

Bates believes the bullet came all the way from the mountains in the distance, where people are known to hunt and fire rifles. Police in Tamaqua took it for evidence.

"I never thought that it would actually hit my house and this could actually happen, but here it is and it's honestly just crazy."

Given that string of luck, Bates said she and her husband played the lottery last night but did not win. She has not heard back from investigators as to where that bullet came from.

No other homes on the block were hit.