Some of the storms caused some flooding issues. 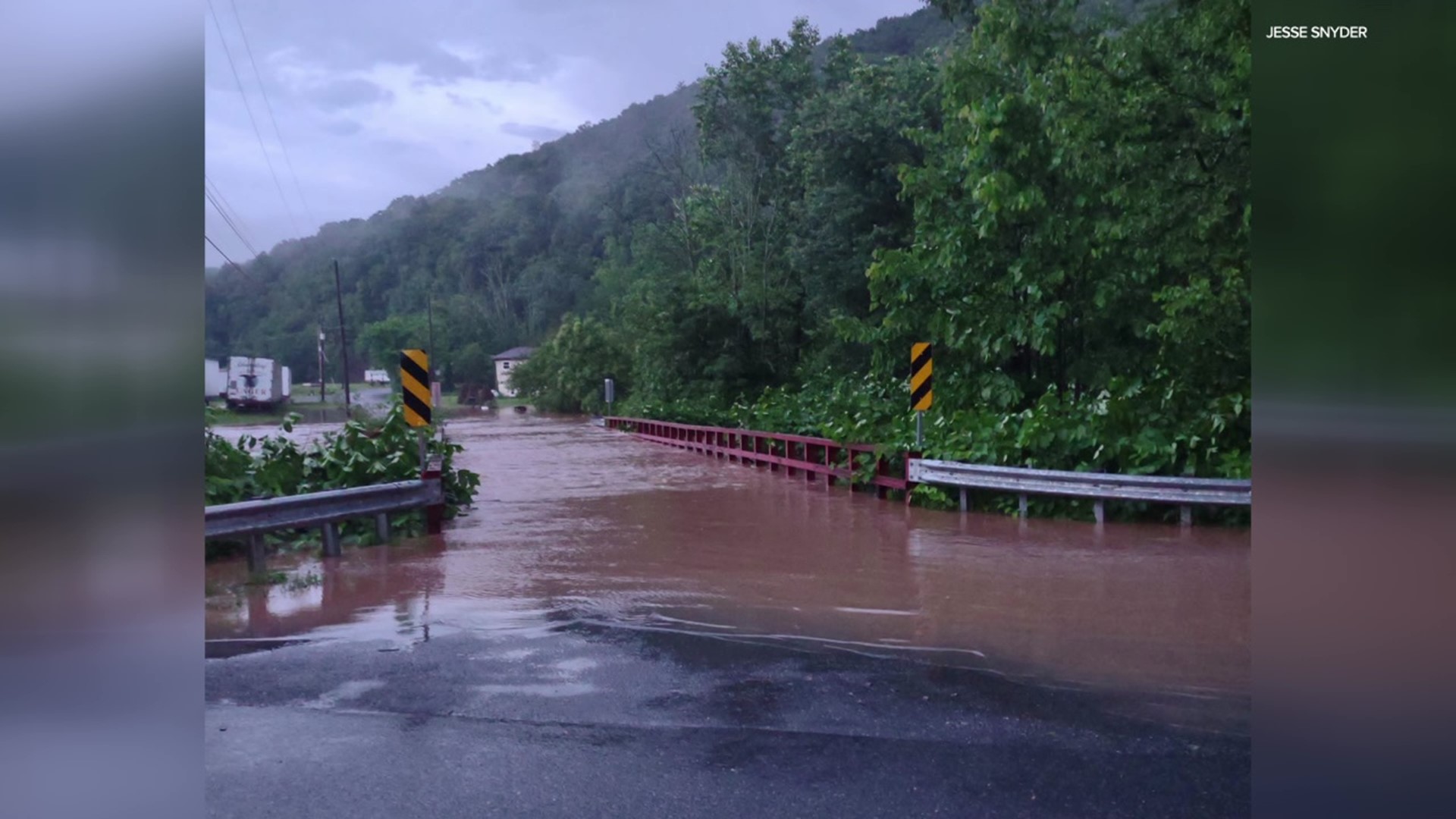 Some of which caused some flooding issues, especially in Schuylkill County.

There was a heavily flooded road on Pine Creek Drive near Orwigsburg.

Nearby on Green Tree Drive, there was a flooded bridge and roadway in his neighborhood.

There was a flooded roadway in Orwigsburg.

And the heavy rain made for some treacherous travel in Frackville as cars attempted to drive through flooded Route 61.

The storms brought down trees and wires knocking out power in part of Pike County.

Because of that, a road has been closed at the intersection of Lake Wallenpaupack Road or Route 507 and Gumbletown Road.

Viewers say that the communities near Lake Wallenpaupack got hit hard.

According to PPL, around 300 customers were without power due to those hard-hitting storms.