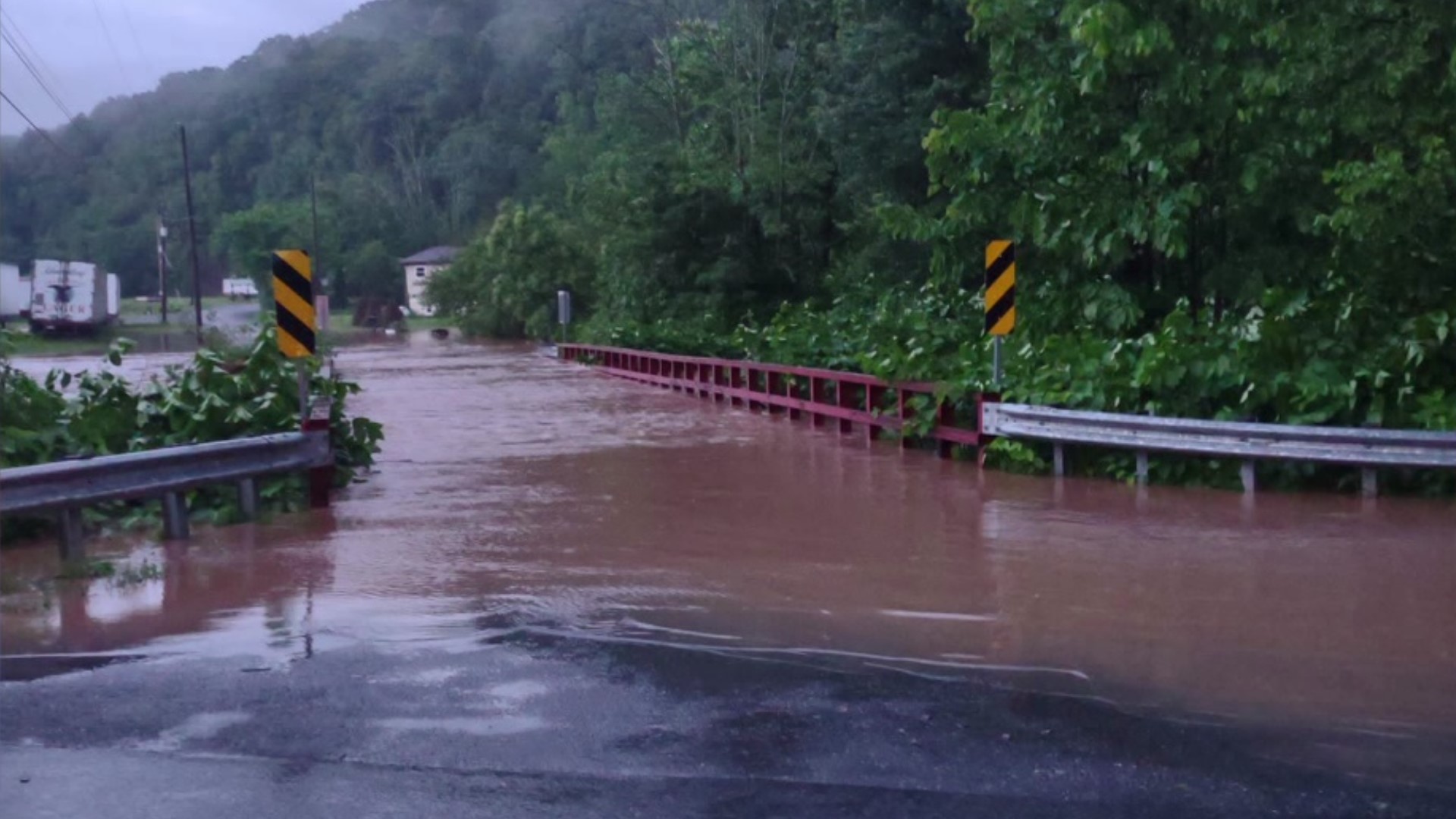 Part of North 23rd Street in Pottsville was washed out and closed off.

"It was crazy. We were out walking when it happened. It just came out of nowhere, and we just, it was rough," said Richard Goode of Pottsville.

Roadways and bridges were flooded in the Orwigsburg area.

The flash flooding made for treacherous travel.

"Oh, it was terrible. I was going down (Route) 61, and like it was raining so hard I could hardly see to put my 4-ways on, cut my speed down to about 30 miles an hour, 40 miles an hour. The road was just flooded. It was like driving through a river," said Paul Toroney of Pottsville.