Student-athletes are back in action after almost three weeks of pausing play because of a mandate by the state. 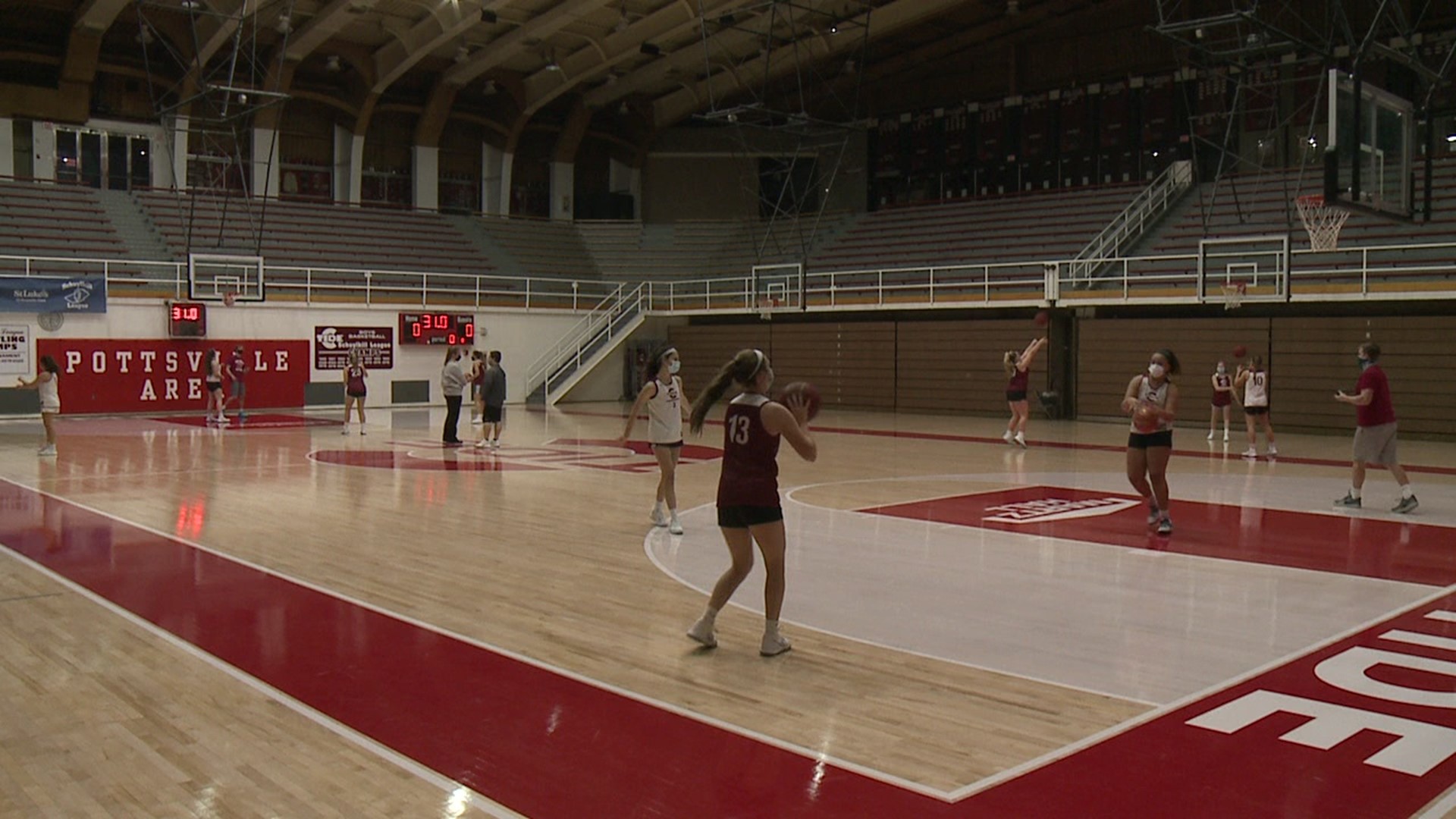 POTTSVILLE, Pa. — It's taken a little over three weeks, but the Pottsville Area Girls Basketball team is back on the court.

This after Governor Wolf lifted the coronavirus precautions that paused high school sports before the holidays.

"When I woke up, I was like, 'finally we get to go back to practice, it's been like three weeks now,' so I was just really excited to play with the girls again," Senior Abigail Kruss said.

Newswatch 16 was there for the Pottsville boys basketball final game on December 11 before the restrictions took effect.

Three weeks later, girls basketball head coach Michael Dooley said it's tough getting back into the swing of things.

"We were in such a good rhythm just to get shut down again, but you just fight through it, and the kids are so resilient, so they look to you for leadership, and you just have to give them your best shots," Dooley said.

To make sure that students stay safe, they must wear a mask and get their temperatures checked before practices and games.

"It's kind of hard with the masks. They really take a toll on all of us," Kruss said.

There are 21 games left in the season for the girl's basketball team.

"My assistant and I been erasing and putting things in pencil and erasing again. It's just chaos right now with that," Rismiller said.

The next game for the Pottsville Area Girls Basketball team is Friday at 7:30 p.m. at North Schuylkill.