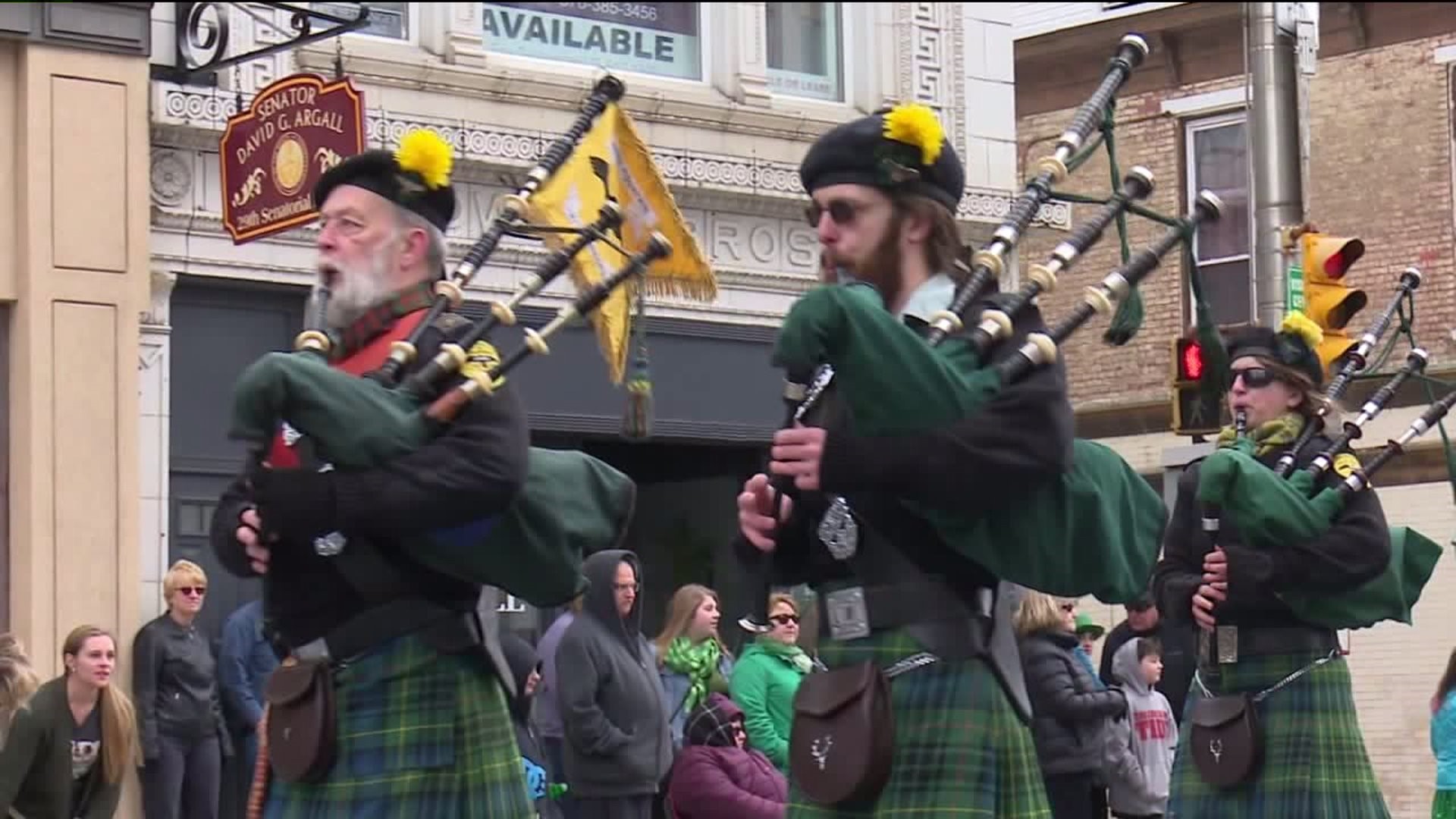 POTTSVILLE, Pa. -- People lined the streets of downtown Pottsville Saturday for the city's 43rd annual St. Patrick's Day Parade. It's a day many in Schuylkill County highlight on their calendars every year.

"There's just so much culture here," Cameron Elo of Tremont said. "You have a lot of Irish people here, and the heritage really jumps out."

Some were here simply because it's a yearly tradition. Others came for the first time to support family members marching.

"We had a great time," Arlene Mongrain of Orwigsburg said. "We're here because our granddaughter marches in the Pottsville High School band, and they were fabulous."

American and Irish flags flapped together in unison down Centre Street, with music, bagpipes, and sirens serving as the soundtrack of the morning.

"It's a day everybody's Irish, where you can all come together and support the city of Pottsville and the different events they've been having," Bruce Ernst of Mount Carbon said. "I'm glad the city is making an effort for people to come down and have things to do throughout the year."

As is the tradition in Pottsville, hundreds came to the Humane Fire Company for a post-parade celebration.

"The parade is such an integral part of the local economy here in Pottsville throughout the weekend," Paul Kennedy of Pottsville said. "Bars, other fire companies have different events going on from very early hours of this morning into the wee hours of tomorrow morning."