MCADOO — It was snowy, icy, and a slippery mess; drivers were taking it slow on the roads of McAdoo, Schuylkill County Monday afternoon. “Going down... 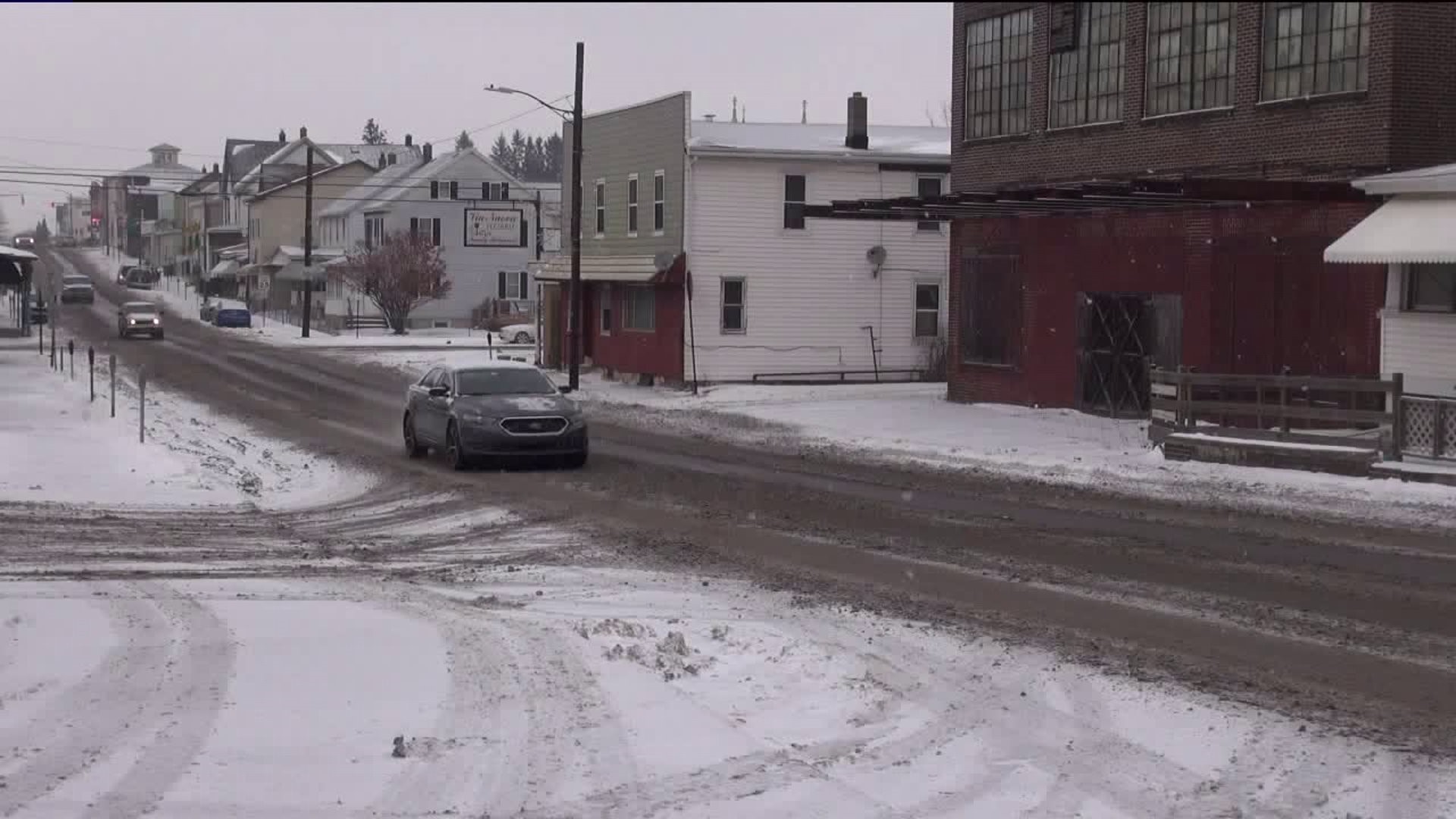 MCADOO -- It was snowy, icy, and a slippery mess; drivers were taking it slow on the roads of McAdoo, Schuylkill County Monday afternoon.

"Going down the hills down there it gets really bad," Tyler Rogers of Hazleton said. "I hope PennDOT's out. It's getting icy. It usually gets pretty dangerous," he added, on his way to Tamaqua.

Still, folks had to get where they were going; and after two weeks well below freezing, they were dreaming of a warmer time.

"I definitely would rather the sun. I rather it be warm. This cold makes me sick. It's really bad," Rogers said.

"I can't stand it. I can't wait for the warm-up," Albert Lombardo of McAdoo said.

It was not all complaining, though. Lombardo was out with his dog, Lucky.

"He loves this weather. He loves putting his face in the snow. He's made for this weather," Lombardo said.

Dunham moved to McAdoo in August. Taking a walk through the snow today, he felt he was noticing things he never did while driving the same streets in a car.

"I'll be out about another hour and a half. I just made chili this morning," Dunham said.

There were not many others braving the wintery conditions around the Schuylkill County borough. With icy conditions, Dunham felt walking was the best option.

"Just got to watch yourself. I've fallen a few times. Just got to get up," he said.