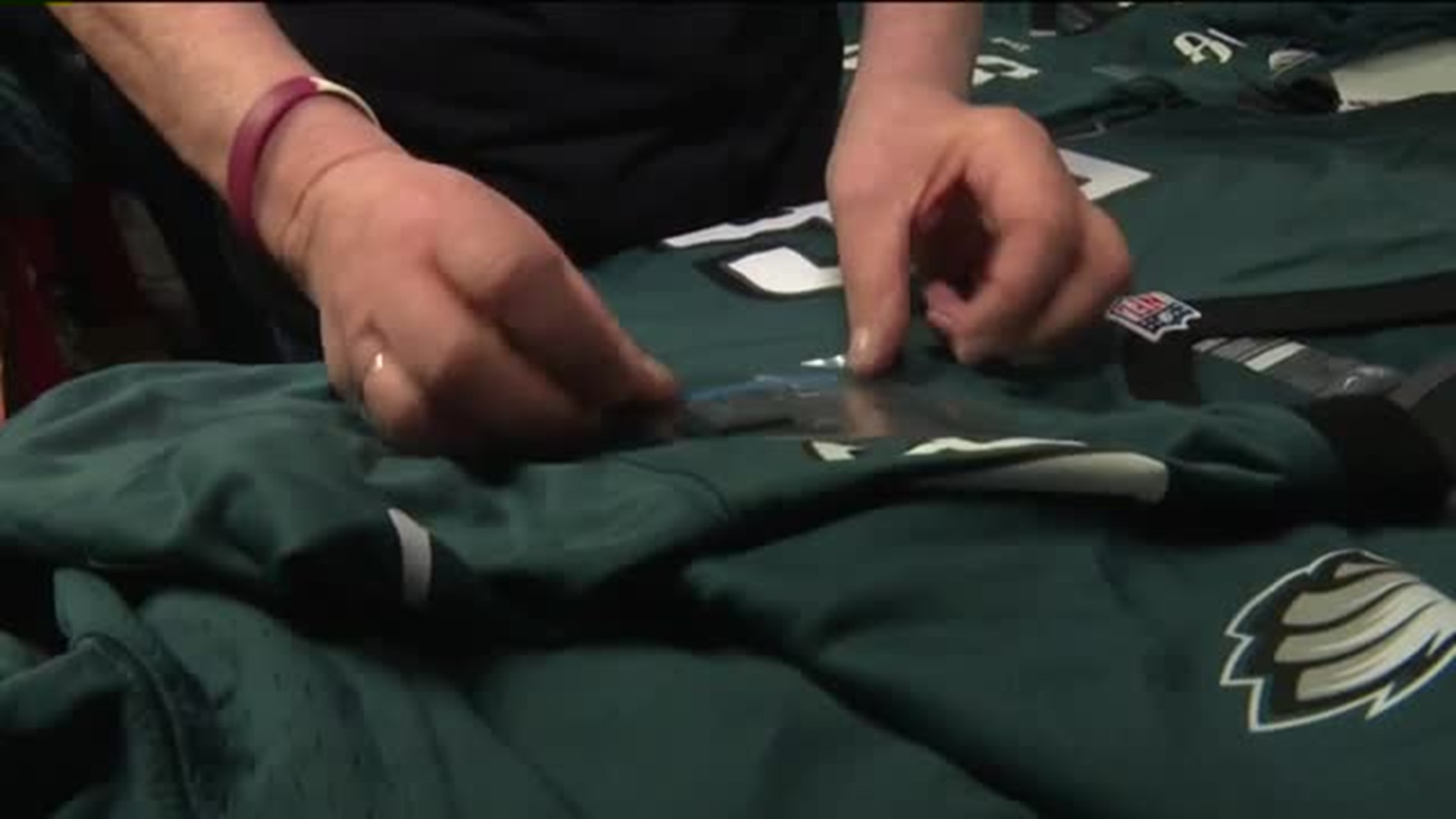 Ray and Kathy Matukewicz, the owners of Tuke's Tearoff screen printing in Tremont,  have printed children's jerseys for teams playing in the Super Bowl for 14 years. The first year they made jerseys, the Eagles and the Patriots were playing, just like this year.

"I am definitely an Eagles fan, but I cheer for the team that buys the most jerseys," Matukewicz said.

Tuke's will be printing more than 15,000 Eagles jerseys this week.

"We never thought it would get to this point," Kathy Matukewicz said.

The Super Bowl is always an exciting time for the shop, but this year is a little different. The Matukewicz's are selling the business. Their last day is the day before the Super Bowl.

The couple made the decision after Ray was diagnosed with cancer in 2016. He's finished with his radiation treatments and is ready to retire.

Tuke's nearly 50 employees will still work at the shop under new owners. The Matukewicz's daughter is staying on, too.

"It's a big change working for your parents and then working for somebody else," Melissa Thomas said. "It's going to be a big adjustment for sure, for all of us."

Ray and Kathy won't be far.

"We're still going to be here," Kathy Matukewicz said. "I want to ensure everybody of that -- our employees and the new owners -- until they're comfortable with the business."

The couple will about be watching the game Super Bowl Sunday.

"I predicted that at the beginning of the season," Ray Matukewicz said. "It would be the Eagles and the Patriots. It's my last year. I feel good about that. Hopefully, the Eagles can win this time."

Tuke's Tearoff will also be printing Eagles hoodies and t-shirts for the Super Bowl.