SHENANDOAH, Pa. — A school in Schuylkill County is competing in a well-known competition against other schools across the country to benefit their music p... 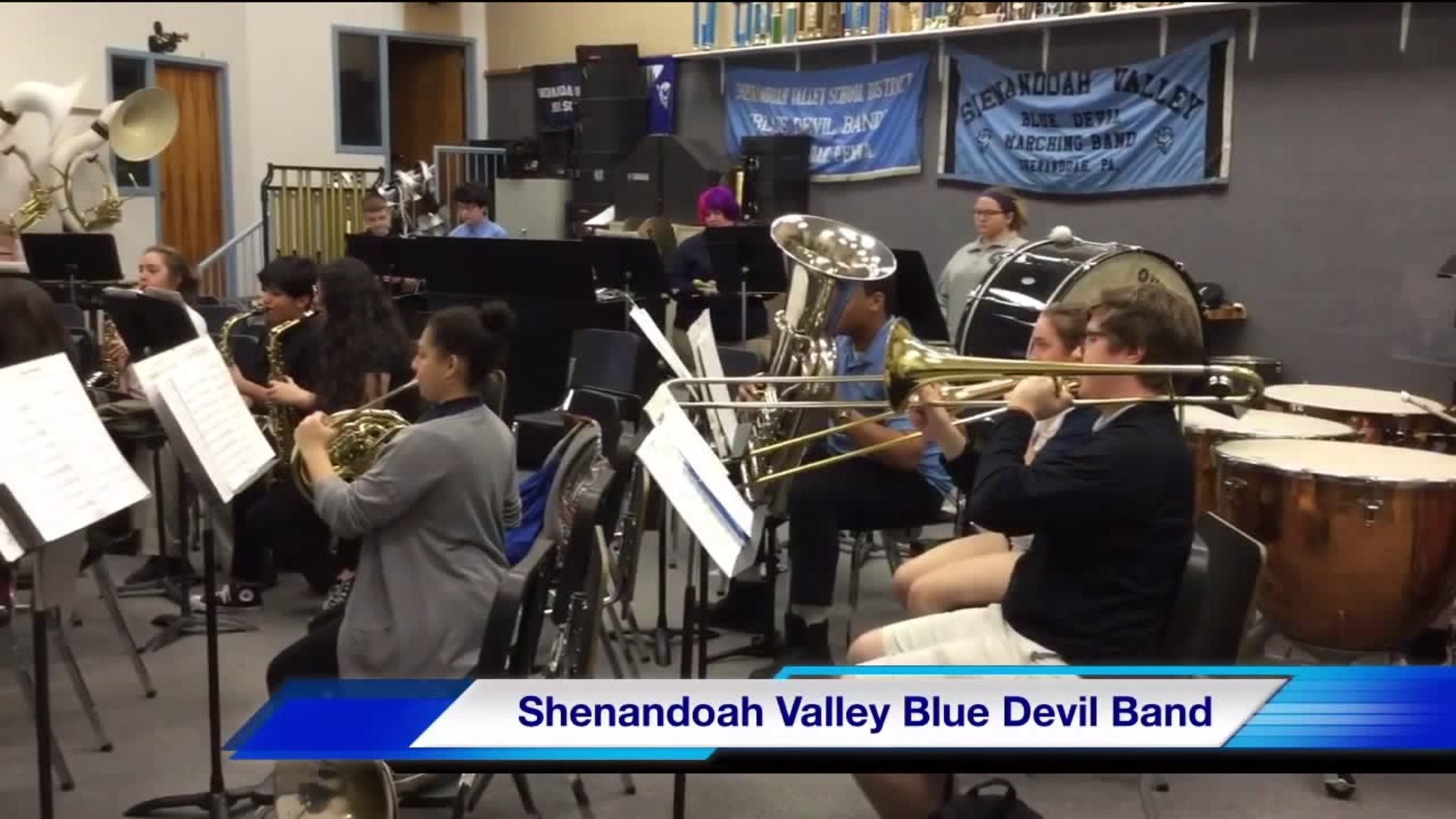 SHENANDOAH, Pa. -- A school in Schuylkill County is competing in a well-known competition against other schools across the country to benefit their music programs, and the contest is overseen by a famous musician.

Duct tape holding together parts of a tuba -- not necessarily ideal, but here at Shenandoah Valley High School, the band's love for music is so pure, that if you give these students instruments in any condition, they'll find a way to make it work.

"We may be small, but we're mighty and we have a lot of heart."

That heart is on display in a video made by members of the school band and entered into the Manilow Music Project, a nationwide competition with a grand prize of $100,000.

According to its website, the project's mission is to empower underfunded school music programs to provide quality music education by donating instruments, equipment, and scholarships.

"I'm a one-person department here doing elementary and high school band. In addition to that, we have some lower-income students that makes it difficult to rent instruments," said band director John Shoener.

Famous musician Barry Manilow is overseeing the contest and will have the final say as to who wins. If Shenandoah is victorious, Manilow will pay a visit to this Schuylkill County community.

"To get the $100,000 would really open up a lot of opportunities for our band to get new instruments for the younger students coming up," said senior Rylea Gaverick.

It didn't take long for the band to put together the video. After a script was written, they recorded their video submission and used iMovie to edit it together.

"Vote, because we're a great program and we could really use it," said senior Sean James.

Voting ends on Thursday. Click here to cast your vote.