SHENANDOAH, Pa. — A group of the faithful gathered in Schuylkill County on Sunday to honor the life and legacy of a man they hope will one day be recogniz... 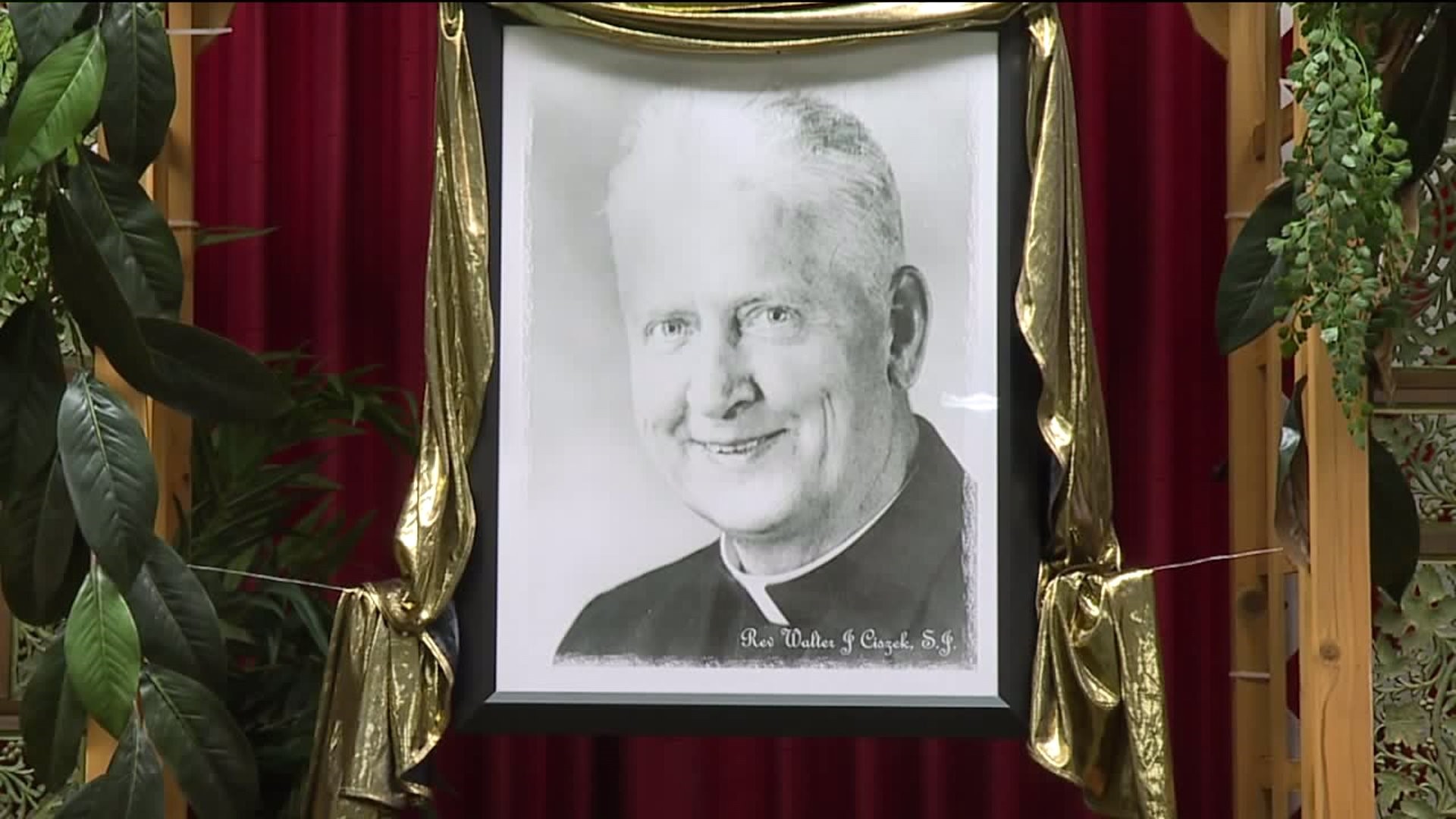 SHENANDOAH, Pa. -- A group of the faithful gathered in Schuylkill County on Sunday to honor the life and legacy of a man they hope will one day be recognized as a saint.

For nearly 40 years, the Father Walter Ciszek Prayer League has been celebrating the Shenandoah native's return to the United States.

Ciszek, who died in 1984, was held captive in Russia for 23 years as the soviets believed him to be a spy. His family believed he was killed overseas until they began receiving letters from Russia.

"We received letters from someone saying it was Father Ciszek, and he needed some money and clothing, could we send that?" said Teresa Balczuk McNamara, Ciszek's niece. "Then his letters started giving information that only he would know: nicknames of family members and incidents only a family member would know, and then we did send what we could to him."

Teresa Balczuk McNamara says the day of her uncle's return, which also happened to be her wedding day, was an emotional one.

"I could cry thinking about it," she said. "He and I had a special bond. He had a twinkle in his eye, and when you looked at him, you knew he was a saint."

While Ciszek is already recognized as a servant of God, the next step forward his supporters hope is canonization and eventual sainthood.

"All of the documents have been collected and sent to Rome, and then hopefully we'll find out Father Ciszek will move along in the canonization process," explained Kim Kringe of the Father Ciszek Center.

That process included first person testimony from those who encountered Ciszek during his imprisonment in soviet Russia. If that testimony is accepted by the Vatican, the pope then requires investigation into two miracles.

Some say they already know in their hearts that Ciszek is a saint among them.

"Even though it may not happen in my lifetime, I recognize him as a priest, and a special person, and even a saint in my life," Balczuk McNamara added.

The Father Ciszek Prayer League asks that if you believe you have received an answer to prayer through Father Ciszek's intercession that seems miraculous, send notice of it to Msgr. Muntone at St. Elizabeth Rectory, 618 Fullerton Ave., Whitehall, PA 18052.

For more information on Father Ciszek's life and the work of the prayer league, visit their website.