GILBERTON — Gilberton is a small borough in Schuylkill County, with a population of about 840, but the little community took a big stand Thursday night. &... 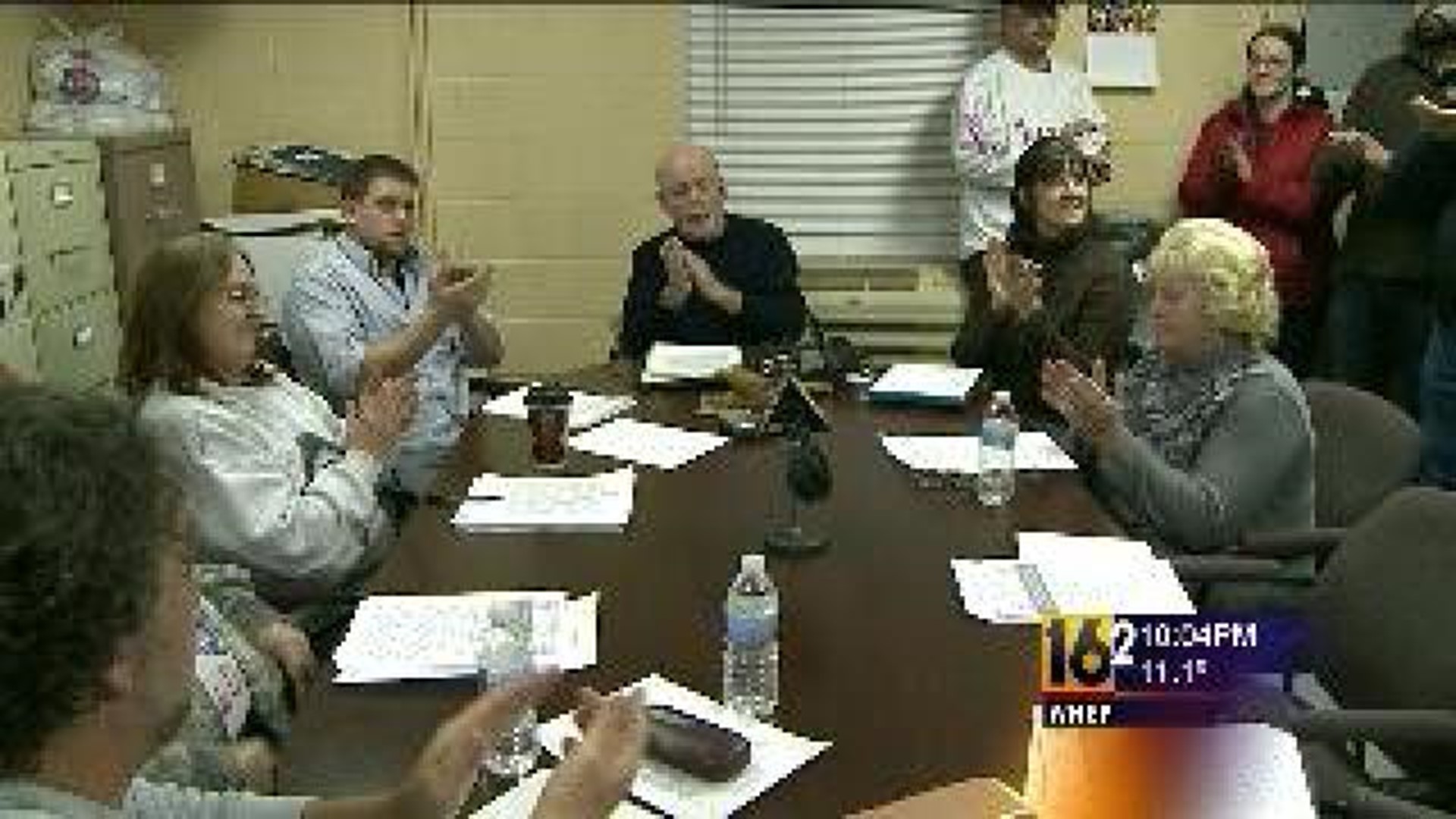 GILBERTON -- Gilberton is a small borough in Schuylkill County, with a population of about 840, but the little community took a big stand Thursday night.

"It’s about time that the little guy stands up to the government and says ‘we don’t want any change.’ This is the purpose of this. We want to continue to have our Second Amendment rights, the right to bear arms and the right to choose," said Mayor Mary Lou Hannon of Gilberton.

Borough council members unanimously passed a resolution in support of the Second Amendment at a packed council meeting. The resolution is also in opposition to any local, state or federal regulations of firearms.

The resolution was the borough police chief's idea and supported by dozens of folks who packed into the council meeting room, who applauded when council members approved it.

Not everyone in the borough agreed with the council's move.

"I don't like anyone with guns, especially assault guns, I mean people do hunt, that's their choice, but I don't like guns," said Sue Bradley, who lives with her family in Gilberton borough.

Borough leaders said they are doing what they feel is the right thing for everyone.

"We need to speak up as a country and just say it's enough. This is our right, and if we don't protect this, you know, what other kind of freedoms will they take away?" asked Eric Boxer, council vice president.

Some of those who attended the council meeting in Gilberton came from hours away.

They said they hope Gilberton's resolution serves as a model for other communities across the country.