GORDON, Pa. — A Boy Scout in Schuylkill County helped design a fishing pier for people with disabilities to use for years to come. Evan Houser is not an E... 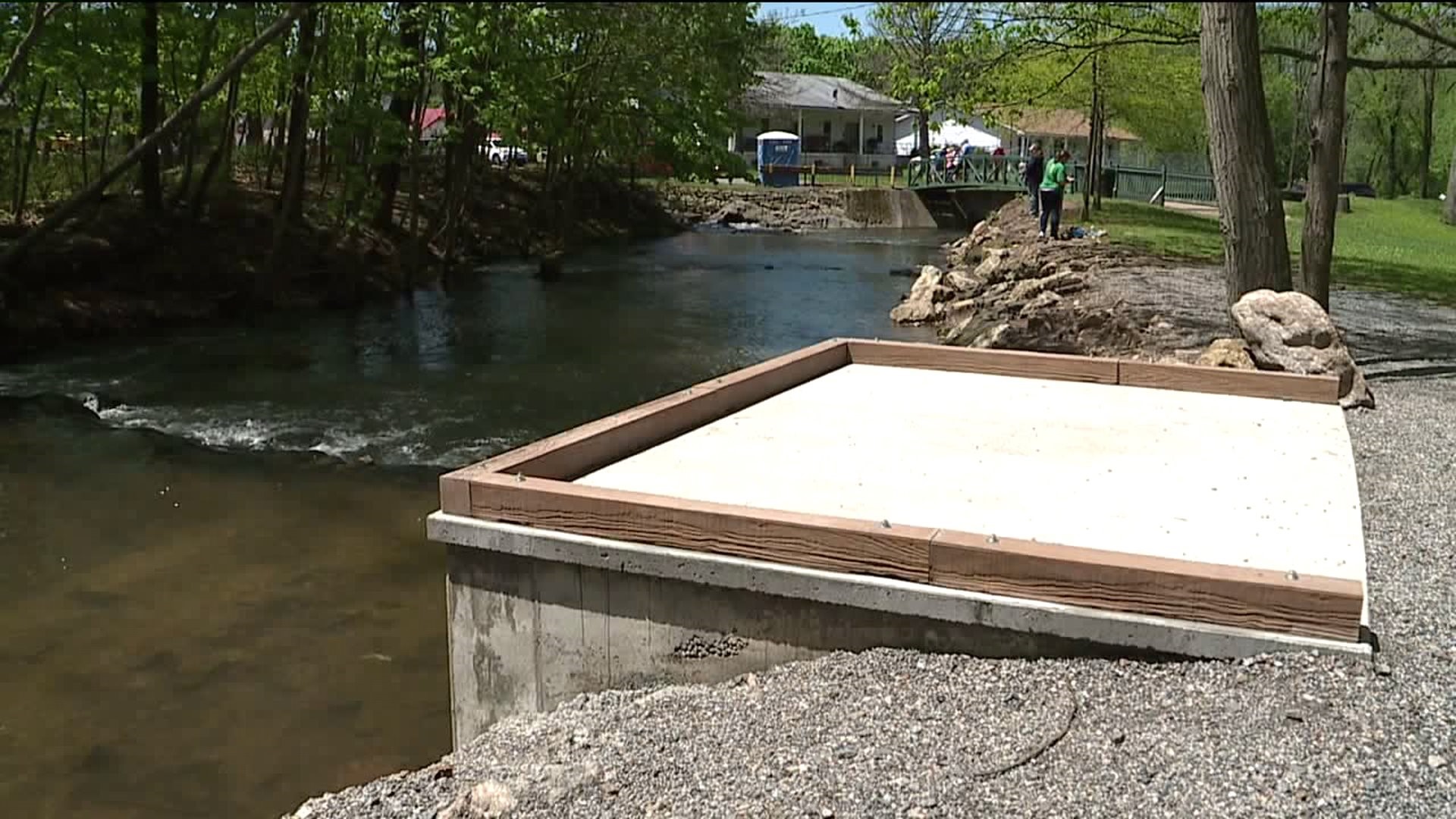 GORDON, Pa. -- A Boy Scout in Schuylkill County helped design a fishing pier for people with disabilities to use for years to come.

Evan Houser is not an Eagle Scout just yet. the pier was his eagle scout project, but he has not officially attained the rank as of now.

"I wanted to do something memorable and local and that's when we decided to do this project," Houser said.

For his Eagle Scout project, Houser designed a handicap-accessible fishing pier at Gordon Borough Park. During the construction of the 10-foot by 12-foot platform, he served as the project manager.

"He's a very good kid. He's smart, he's well rounded and it was good to work with him," said borough manager Jason Quick.

"I wanted to do a fishing pier so it could give people of all abilities to fish and enjoy the sport of fishing," Houser said.

Houser's idea to build the pier came at a perfect time for the borough. The Gordon Fish and Game Club had been wanting to build one for years. Now, Evan's name, as well as the sponsors that helped fund the project, are etched on this plaque.

"At our apartment building back here is a handicapped gentleman in a jazzy chair. He can come over here now and fish if he would like. We have a lot of other people who could use it, people who can't walk as well, go over the creek bank and the rocks and things like that," Quick said.

This is just the newest addition to this popular park. Last July, a playground was built as part of a $100,000 project.

Evan adds he's just happy people will be able to use the pier for years to come.