This was an especially meaningful win after the team's legendary coach had a health scare last summer. 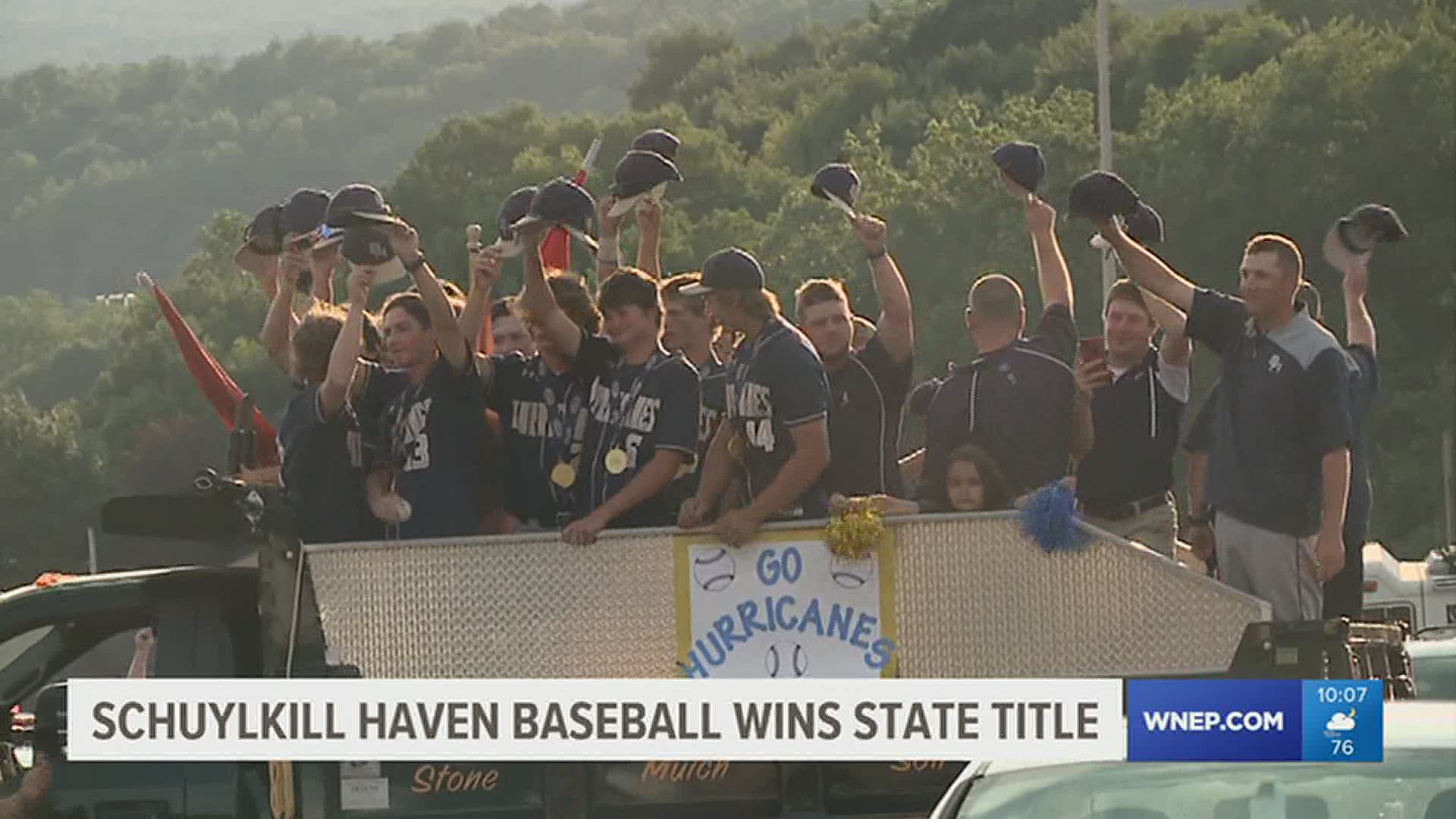 A parade of fire trucks and patrol cars led the Hurricanes to the high school following the big win.

"Maybe sometime in the future my feet will hit the ground," Coach Scott Buffington said. "It's all a dream come true, I guess you could say."

A dream come true after Coach Buffington had a stroke last summer.

Players and staff were concerned how number Four, at 71-years-old, was going to bounce back.

The coach held on to his legendary grit and love of the game through a difficult year.

"For all these years, I griped a baseball until I finally realized that it gripped me. I don't know a better way to say it," Coach Buffington said.

Players said bringing home the state title this year was especially meaningful after the 2020 season was canceled because of the pandemic.

"Season canceled all the hard times we went through, just to bring this back - it's awesome," Senior Owen Umbenhaur said.

This was the third time the Hurricanes made it to the state championship. The previous two times, they came home in second place. Now, they are relishing the gold.