MAHANOY CITY, Pa. — During this time 75 years ago, one of the bloodiest battles during World War II took place in western Europe. There fighting through f... 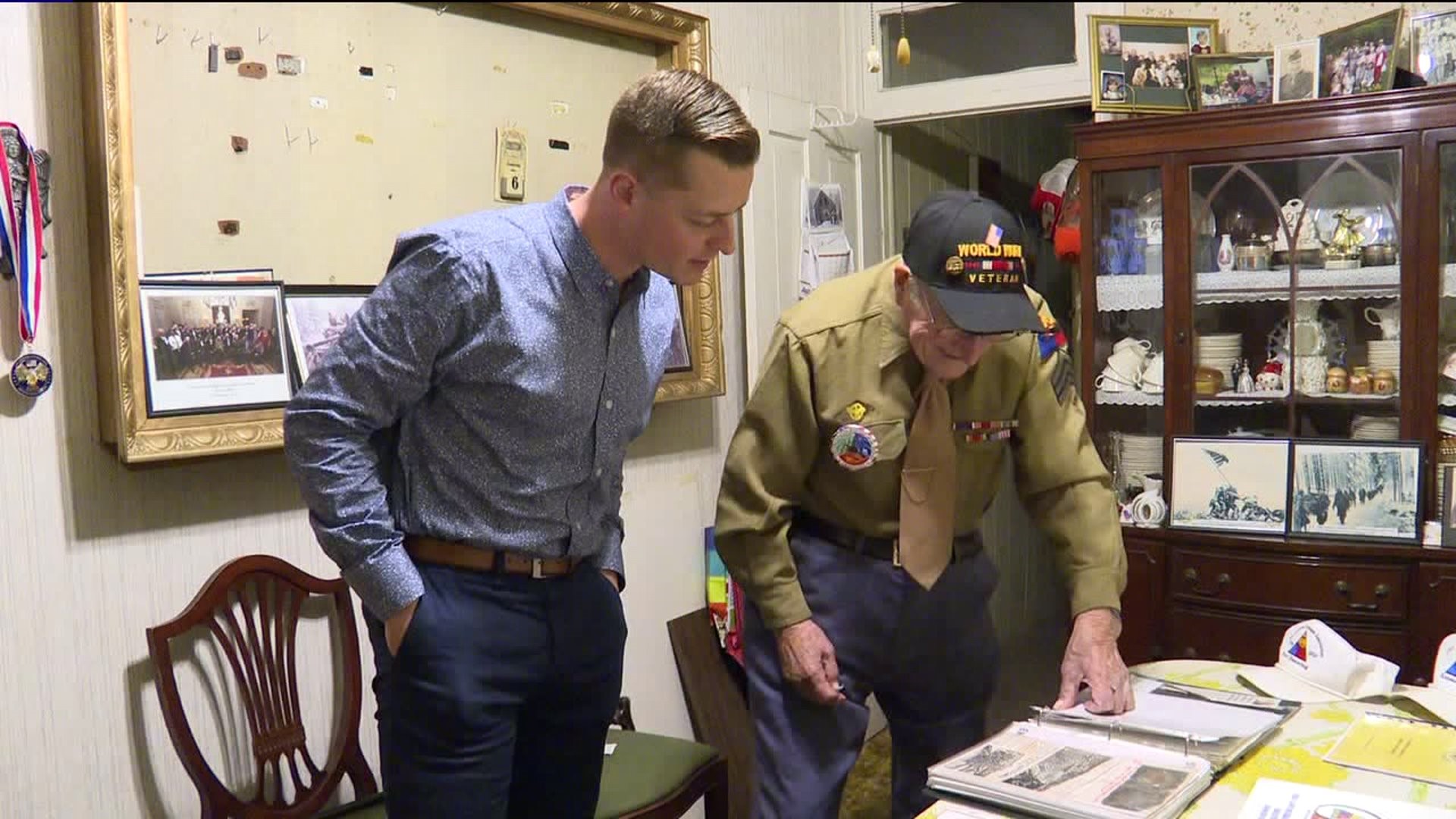 MAHANOY CITY, Pa. -- During this time 75 years ago, one of the bloodiest battles during World War II took place in western Europe. There fighting through frigid cold temperatures and enemy fire was a Schuylkill County native who shared his story with us.

"In the first week, no winter clothes, and it was temperatures in the teens and no gloves or boots," recalled Francis Chesko.

Even all these years later, Francis Chesko, 95, remembers the Battle of the Bulge quite vividly. American and Allied forces battled German troops in a heavily forested area in western Europe. It's considered one of the worst battles during World War Ii because tens of thousands of U.S. troops were killed or wounded.

But Chesko made it out alive and has the stories and accolades to prove it.

"1944 Christmas and Christmas eve, I was eating snow. They couldn't find us to bring us food. Boy, that was something."

Chesko was at war for about three years, making it through a total of five battles. He and 49 other soldiers from Mahanoy City and Mahanoy Township stormed Normandy on the second day. Six months later, Chesko found himself at the Battle of the Bulge. For his service and brave efforts during the war he received several medals, including a Purple Heart.

Last month, we caught up with him after he was honored before a Penn State football game at Beaver Stadium.

The day he returned to America at the young age of 22 is a day of relief he'll never forget.

"Oh, God, Tears in your eyes and so much tension and happiness. You couldn't wait to see that Statue of Liberty in the harbor. Oh, man," Chesko said.