KLINE TOWNSHIP, Pa. — A Schuylkill County man is wanted by U.S. Marshals for threatening President Donald Trump and other government officials. US Marshal... 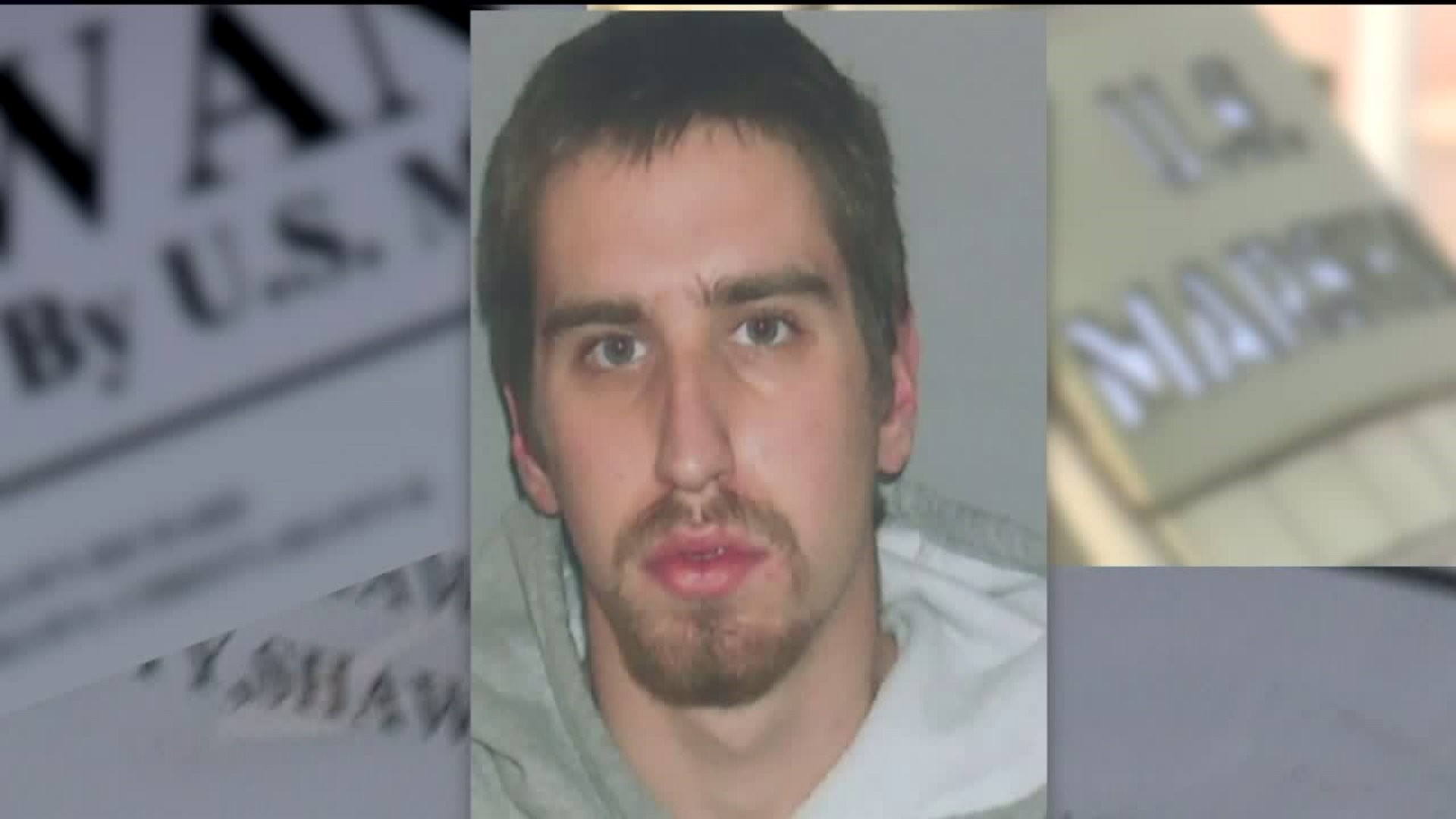 US Marshals are searching for Shawn, 26, Christy of McAdoo. He’s accused of threatening government officials, including @POTUS @WNEP $5,000 reward for info leading to his arrest. pic.twitter.com/Ln0dhsCqln

U.S. Marshals are searching for Shawn Christy, 26, of McAdoo. They began searching for him Wednesday morning in Kline Township, near McAdoo, after executing a warrant.

Officials say he is considered "armed and dangerous."

Police raided his parents' home in McAdoo early Wednesday morning. He was not there.

"We were scared. We don't know what's going on. The Army's out here and no one will tell us what's happening," Gloria Brogan said.

Authorities say Christy has been making threats to President Donald Trump and Northampton County's district attorney, as well as police.

Newswatch 16 spoke to Christy's parents who say he is not dangerous.

"I wouldn't find him as a threat right now, he's just angry. He's angry at the whole situation," said his father Craig Christy.

"I understand where he's coming from because he's been through so much hell the past ten years and he has not seen any justice," said his mother Karen Christy.

Christy has been in trouble for similar threats before in 2012. He and his father were sentenced to probation for making hundreds of threatening phone calls to former Alaska Governor Sarah Palin and her attorney.

"With the recent threats and the language and the volume and everything that he's saying, it's just something that we're not going to take a chance with not taking it seriously," said Deputy U.S. Marshal Robert Clark.

The U.S. Marshals believe Christy may be hiding in the woods in this area.

They're looking for him but are asking for the public's help in finding him.

There is a $5,000 reward for any info leading to his arrest.

The FBI and the US Marshals are searching for Shawn Christy, 26, of McAdoo. They have been in the borough since 5 am searching for him. @WNEP pic.twitter.com/6obnQTdWpb