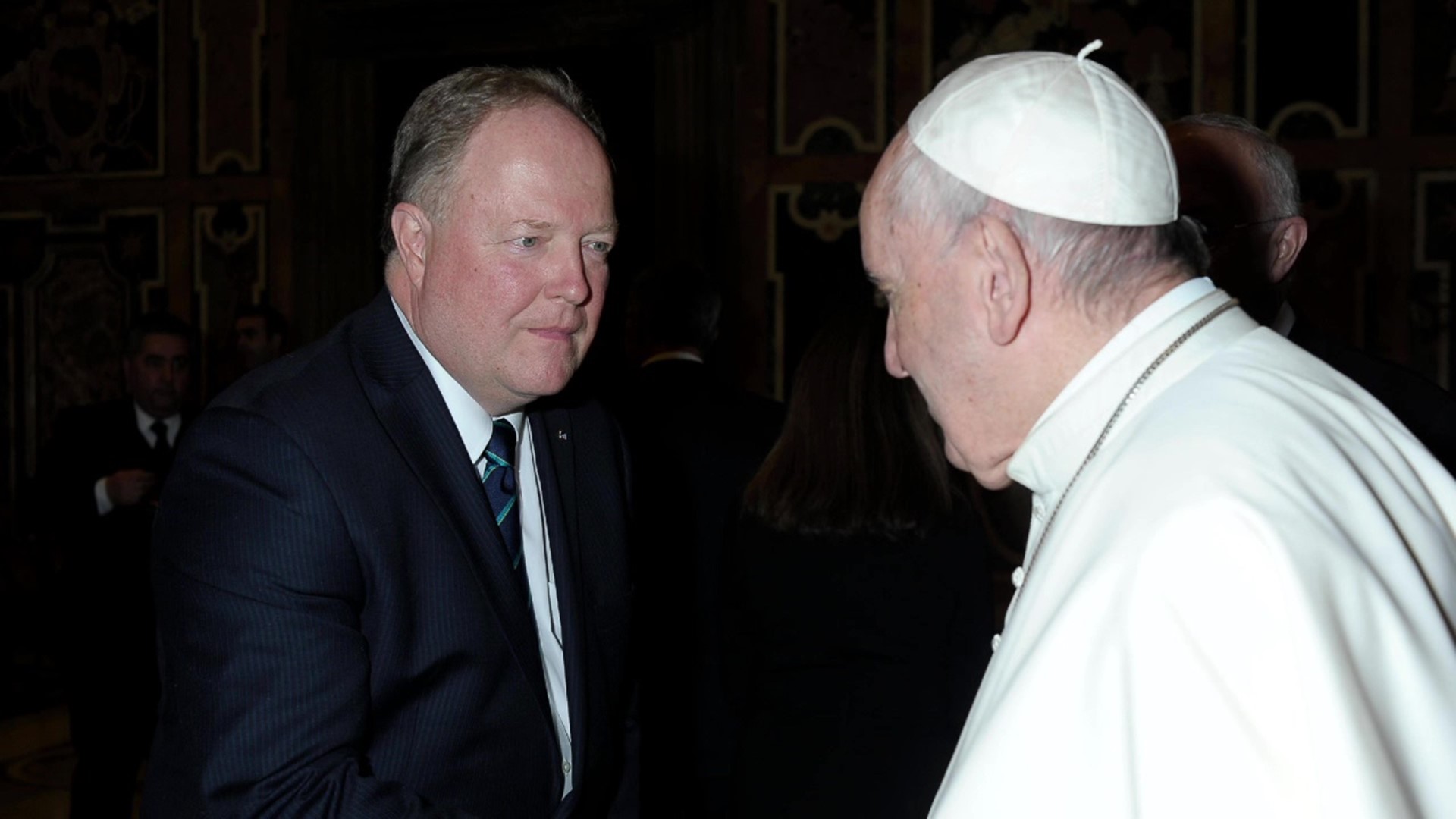 That's coming from Michael O'Connor, who from a young age until now has dedicated his life toward serving his community in Schuylkill County.

It's been a somewhat memorable and humbling year for him, which he says he's thankful for, given how 2020 has gone for so many.

First, back in February, he had an opportunity to shake hands with Pope Francis at the Vatican while serving as the supreme secretary with the Knights of Columbus.

"It's always great to be in presence and be able to hopefully fulfill his mission of charity," O'Connor, who serves as supreme secretary for Knights of Columbus said. "That's what the Knights of Columbus is all about is charity and we try to take care of the needy in the community."

Then, O'Connor, who has his own law firm in Frackville and is a parishioner of St. Joseph the Worker Church in the borough, received papal honors as he was named a Knight of the Order of St. Sylvester by the pope.

It's one of five pontifical knightly orders, given to those who are involved in the everyday activities of the catholic church.

"When I received the call, I was taken aback and I'm still taken aback," O'Connor said. "I thank the Holy Father and Pope Francis for giving me this honor."