This was just one of the free vaccination sites open to Schuylkill County residents residing in public housing high-rises, who already received their first dose. 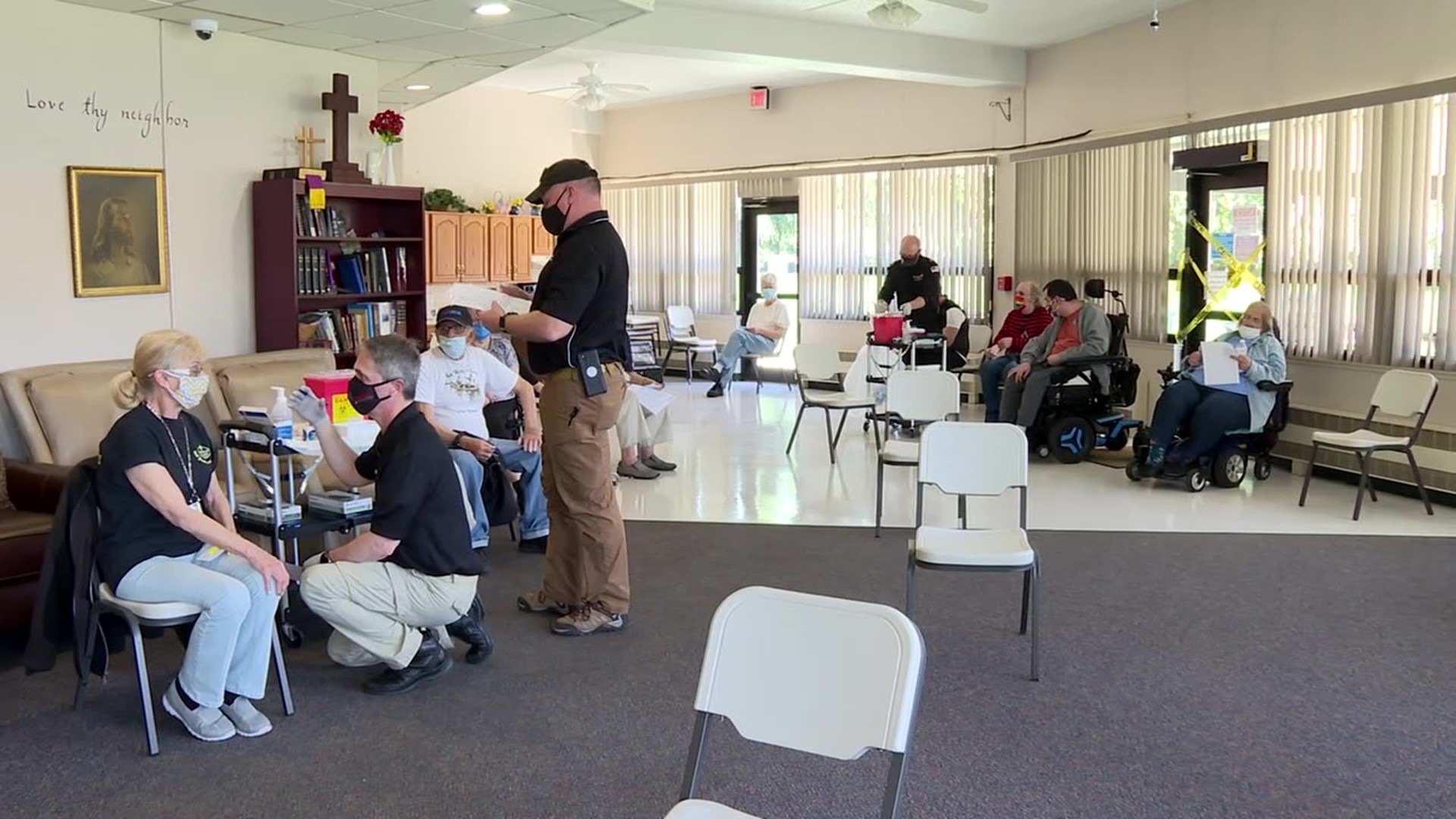 SCHUYLKILL HAVEN, Pa. — Sighs of relief could be heard inside the community room at Schuylkill Haven High Rise as residents received their second dose of the Moderna COVID-19 vaccine.

"I feel at ease. I feel at peace," said resident Agnes Snyder.

This was just one of the free vaccination sites open to Schuylkill County residents residing in public housing high-rises, who already received their first dose.

Employees from the Lehigh Valley Health Network administered the second dose of the vaccine to 46 residents, Including Perry Weaver, who works for a school district:

"I'm feeling very relieved. This year has been really stressful, and being in the job that I'm at, I'm very grateful to have gotten the vaccine," said Weaver.

"I was afraid in the beginning, but I thought, no, I'm, going to get it," Snyder said. "I thought I'm going to be brave and get it."

We spoke with resident Barry Berger when he received his first dose a month ago. Now, after receiving the second, he's feeling grateful.

"It feels great. I didn't have any kind of after-effects from the first dose, you know. I highly recommend it to anybody to go out and get it. Don't be afraid of it. It's there to help you," said Berger.

Folks tell Newswatch 16, even though they received both doses of the Moderna COVID-19 vaccine, they're not going to let their guard or mask down.

"I need to do my part to make sure that they're protected because I may not get it, but I can carry it, and that's the issue," Weaver said.

Others are just looking forward to doing the small things again.

"I'm excited about going outside a little bit more, getting some fresh air, you know, and just getting around a little bit better," said resident Joann Pernick.

Within two weeks, 130 people will be fully vaccinated across four high-rise buildings in the county, something the Schuylkill County Housing Authority says they're proud of.