Santa Skydives into Schuylkill County to Usher in the Christmas Season

SHENANDOAH, Pa. — We know he rides through the air in a sleigh, but who knew Santa was a skydiver? The big man in red made a dramatic appearance in Schuyl... 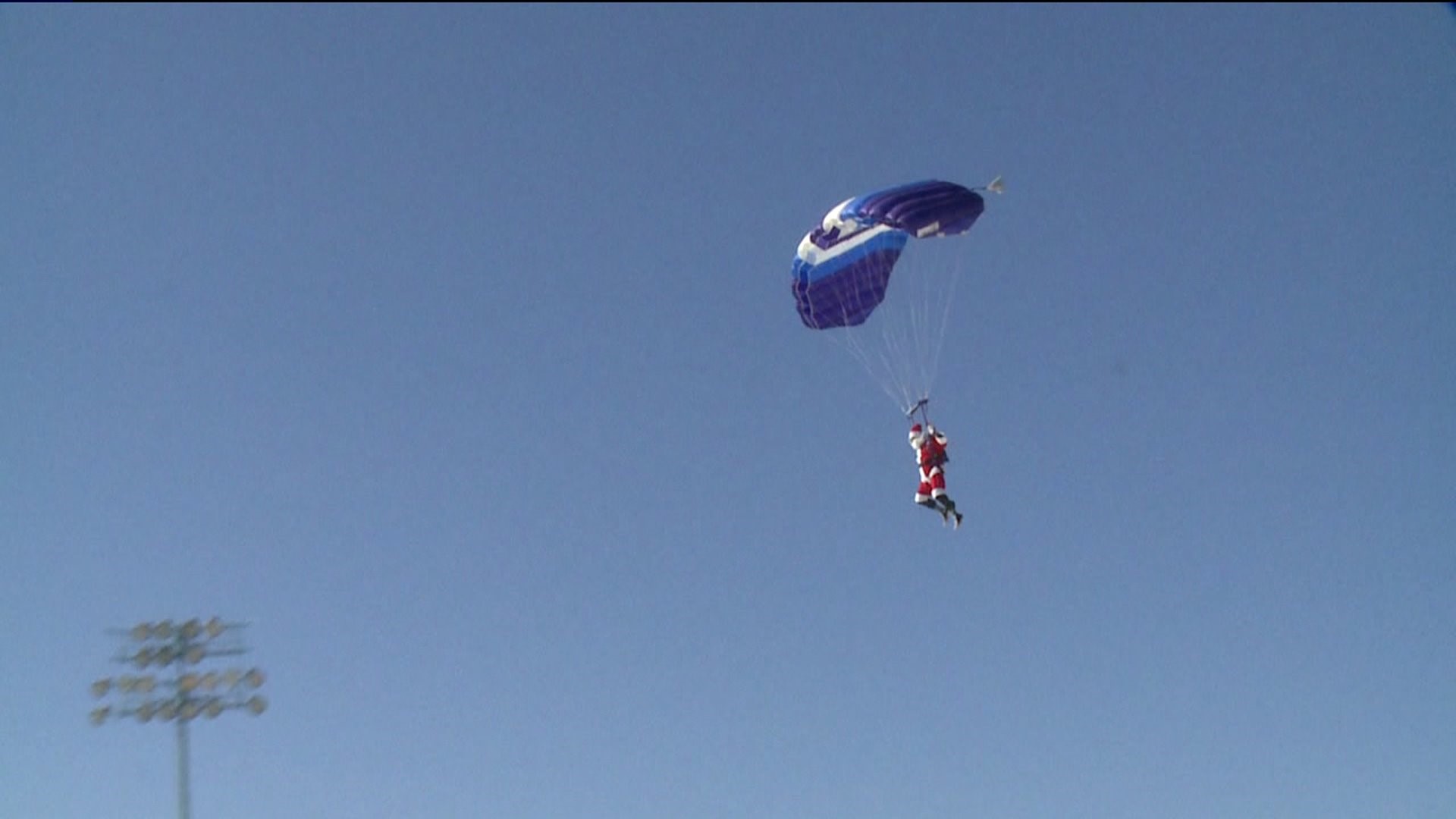 SHENANDOAH, Pa. -- We know he rides through the air in a sleigh, but who knew Santa was a skydiver?

The big man in red made a dramatic appearance in Schuylkill County on Friday, parachuting in to usher in the Christmas season.

A crowd gathered in the cold at Veteran's Memorial Stadium, near Shenandoah Valley High School waiting to catch a glimpse of the man of the hour -- Santa Claus.

But don't think he'd just walk right up and join in. Nope.

Mrs. T's Pierogi's owner and president says they decided to bring back a longtime Christmas tradition.

"It was done a long time ago, then stopped for a while, and then we brought it back. Santa Claus is parachuting into Shenandoah to launch the Christmas season," Tom Twardzik said.

While they were waiting for the skydiving Santa, the community was treated to face painting, visits from Frosty the Snowman and Rudolph the Red-Nosed Reindeer, and a special appearance from Mrs. Claus.

"He plans the whole year very carefully, so he has lots of extra time to come and see everyone, not just when you're sleeping," said Mrs. Claus.

From the looks of it, everybody likes Santa a lot, particularly as they spotted a special plane in the clear blue sky and then two elves making their way to the ground.

Then, with military precision, the man in red himself landed on the field like a pro. He has a lot of practice on rooftops, after all.

Then Santa made his way to the crowd.

Tom Twardzik was thrilled to see the tradition continue.

"It's an important joyful event for the town," Twardzik said.

And now that the big man is back on land, he'll be hopping on a fire truck here, and headed for a parade in downtown Shenandoah, ringing in the Christmas spirit In Schuylkill County.