TAMAQUA, Pa. — The Salvation Army in Tamaqua already had a pretty devastating fire just this May and now, it’s administrative officer is suspended. ... 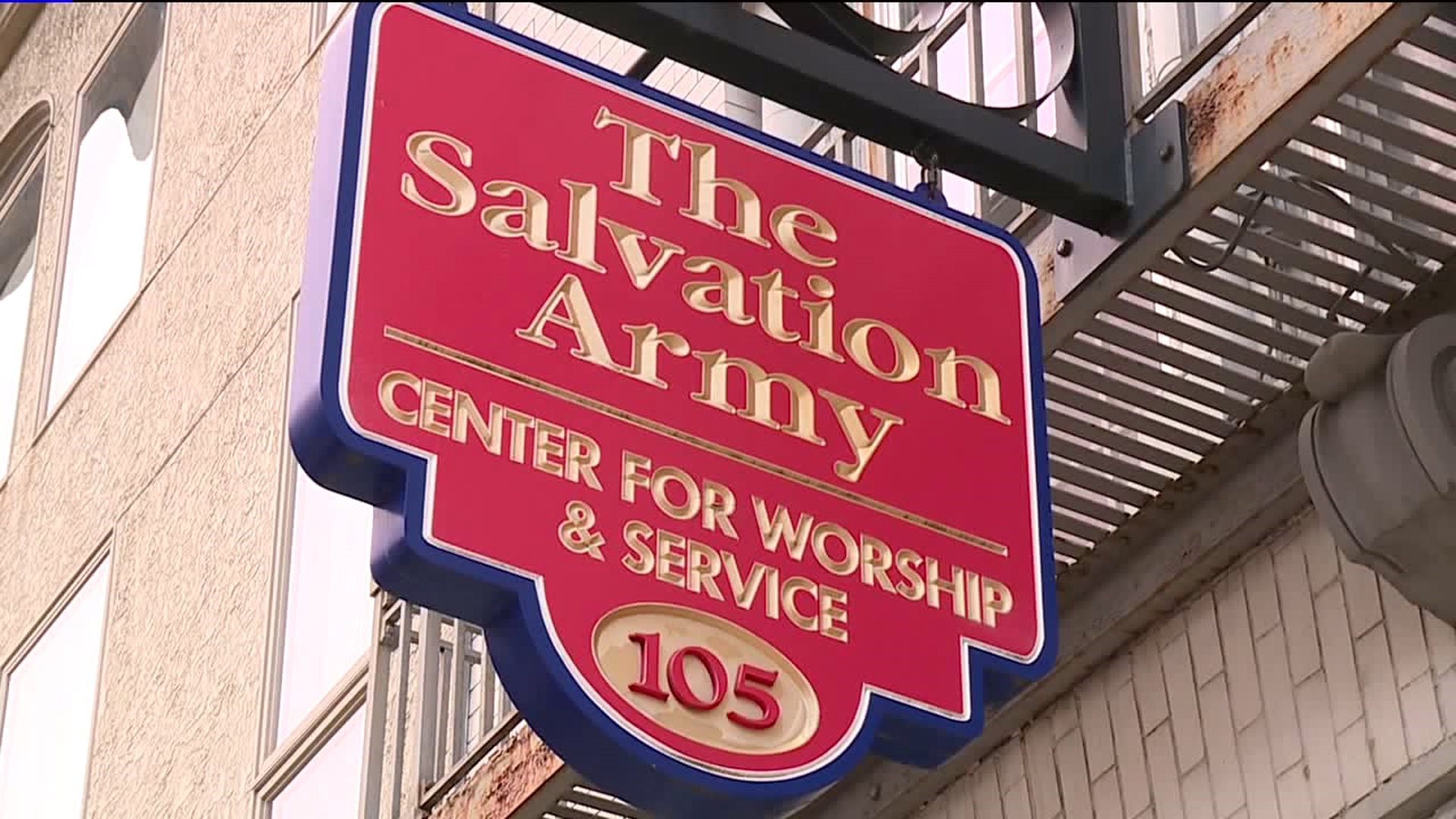 TAMAQUA, Pa. -- The Salvation Army in Tamaqua already had a pretty devastating fire just this May and now, it's administrative officer is suspended.

The Salvation Army lists that officer as Major Sharon Whispell who has talked to Newswatch 16 on several occasions.

"My favorite part is watching the expression's on these people's faces when they realize what they're getting," said Whispell in 2017.

That's what Major Sharon Whispell had to say to Newswatch 16 when we interviewed her two years ago for a Thanksgiving dinner the Tamaqua Salvation Army was hosting.

But now she is suspended after the Salvation Army says an audit revealed  "financial irregularities."

In a press release, the organization stated:

"Subsequent conversations with local vendors supported our findings. We are deeply disturbed by these developments and are taking them very seriously."

"It's just a shame to hear something like that. I know plenty of people who go there and it's a big help for the community, so I'm hoping that it's corrected, whatever the problem is," said Thomas Sands.

While Whispell is suspended, the Salvation Army says that its appointed other officers to oversee the non-profit here in Tamaqua.

"There's a lot of needy people in town here. I think they're one of the few that help because they're right here in Tamaqua itself," said Bruce Reed.

Ann Hoffman gets meals from the Salvation Army once a month with her family.

"Makes me very sad to hear that's happening around our town like this," said Hoffman.

This has not been an easy year for the Salvation Army here. In addition to Whispell's suspension. The Tamaqua chapter also had a fire in May. The blaze burned donated clothes, food and school supplies.

"They've had enough blows and we just need some positive stuff for the community. Like I said, I hope everything turns around," said Sands.

Tamaqua police say at this time, no charges have been filed against Whispell.

The Schuylkill United Way also tells us that it has suspended all of its monthly payments to the Salvation Army in Tamaqua until there are more security measures in place.