Row Homes to Rubble in Shenandoah

SHENANDOAH, Pa. — Two row home in Shenandoah turned to rubble within seconds. Neighbors say it was a long time coming, but now the cleanup begins. Neighbo... 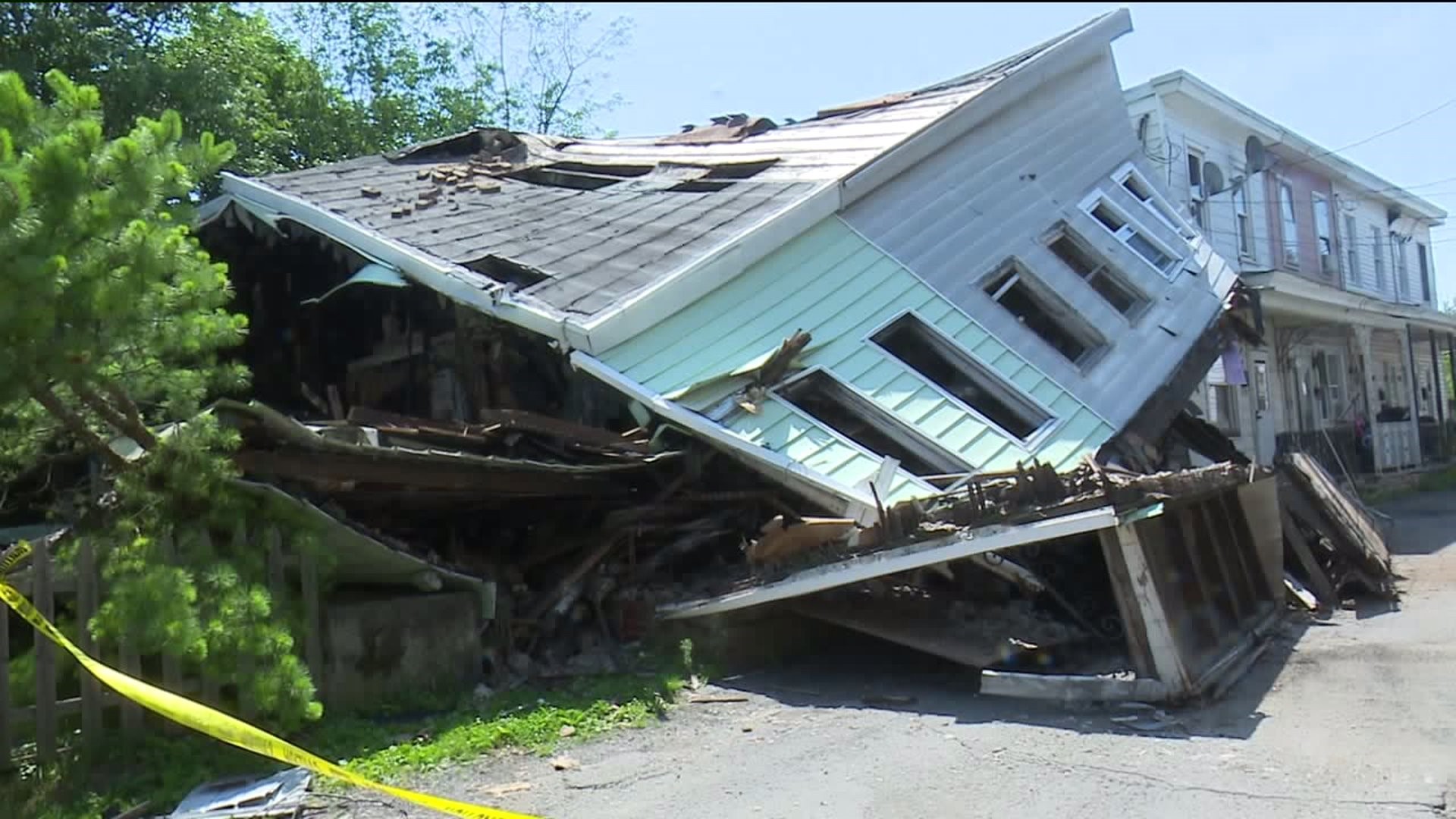 SHENANDOAH, Pa. -- Two row home in Shenandoah turned to rubble within seconds. Neighbors say it was a long time coming, but now the cleanup begins.

Neighbors tell Newswatch 16 that they heard noises coming from the building in the early evening hours. but just around 7 p.m. Thursday, there was a final creak and within seconds, the buildings collapsed.

"I've never seen that before and I don't want to see it again," said a neighbor, as two vacant row homes on South Grant Street in Shenandoah collapsed into a heap of rubble.

"It started crackling, and then next thing you know, it was like a ski slope, it just slid right down," said Elaine Trackem.

Video taken by neighbor Chary Gonzalez shows how quickly the building hit the ground. Gonzalez said that she had a feeling the building was coming down and she had her phone ready to record.

"You could hear it cracking, like the house, for two hours, and I stayed there because I said, 'that's going to collapse,'" Gonzalez said.

Neighbors tell Newswatch 16 that these two row homes were long abandoned after a fire and that their just glad no one was injured.

"This house has been falling down, it's been coming apart, and we told the borough about it, but they came down and took pictures and nothing was done," Trackem said.

Demolition workers tell Newswatch 16 their job was to get blocked off Grant Street cleared, and that eventually, heavy machinery will come in and tear down the rest of the building.

No one was living in the homes at the time, but the demolition team did rescue a stray kitten from the rubble. Newswatch 16 attempted to speak with borough officials, but they were unavailable for comment.