ASHLAND, Pa. — A fire six weeks ago in Ashland left ten people without a home and destroyed a local business. The wreckage is being torn down and the shop... 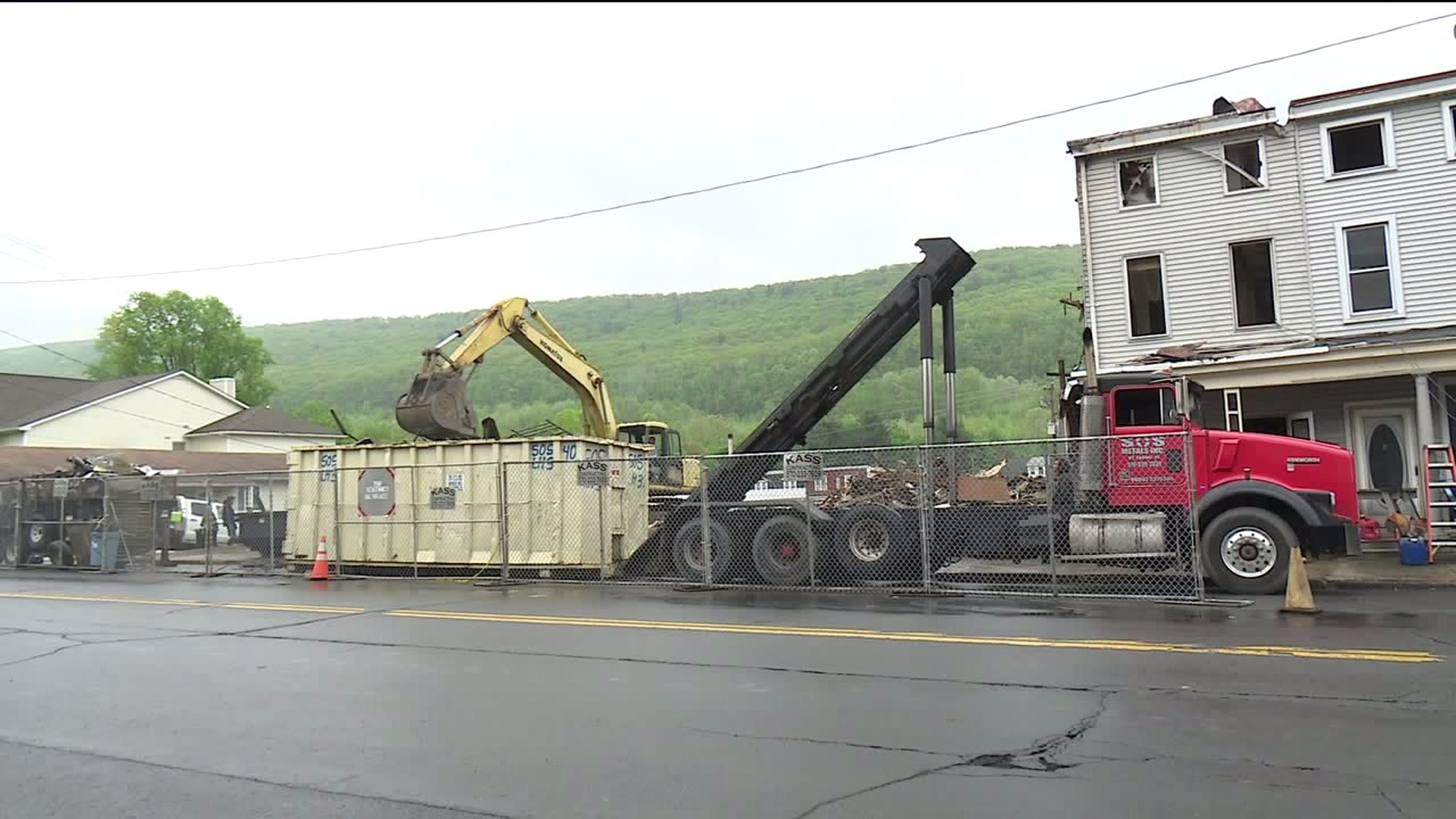 ASHLAND, Pa. -- A fire six weeks ago in Ashland left ten people without a home and destroyed a local business. The wreckage is being torn down and the shop owner tells Newswatch 16 he plans to rebuild.

The Kane family was celebrating 10 years of managing M&M Sandwich Shop on March 24, the same day their building went up in flames. Now, more than a month after the fire, the Kanes say they plan to come back bigger and better than ever.

This building has been here up and running for more than 40 years and now it's gone. In minutes, a blaze engulfed M&M Sandwich Shop and the homes next door on Centre Street in Ashland back in March.

It was a building with a long history, a home to small businesses in Ashland that has now left a big hole.

Moser's garage is right down the street from M&M, and he said that the business has been missed in the last six weeks.

"They did a lot for the community, and we all went up there to eat. When I had customers here, I used to send them up there. They used to sit and eat, and it was good to have them here," Moser said.

While M&M has lost it' storefront, it is still operating its food truck -- The Rolling Macaroni.

"They asked us to come out with the truck during the Lent season. We came and every Friday it rained, and people were there lined up for us. So they want us, they support us, we support the community we do the best we can," said Kane.

The Kane family says right now they're down, but they're not out for the count. They plan to rebuild and hope to stay right here in Ashland.

"We might rebuild right here, or we are going to look somewhere close within the area, within this community. They've been so good to us, so what we are going to try to do is rebuild here. There's so much up in the air," Kane said.

But for now, if you're trying to get a taste of M&M's you'll have to hit the road.

"We're at different locations. We're booked throughout the summer at the Bloomsburg Fair. We do some catering," Kane added.

If you're looking to grab lunch at the Rolling Macaroni, you can head to M&M Sandwich Shop's Facebook page.

The Kane family doesn't have a timeline on when they will be up and running in a permanent home just yet, but they plan to update their customers on their plans through Facebook.