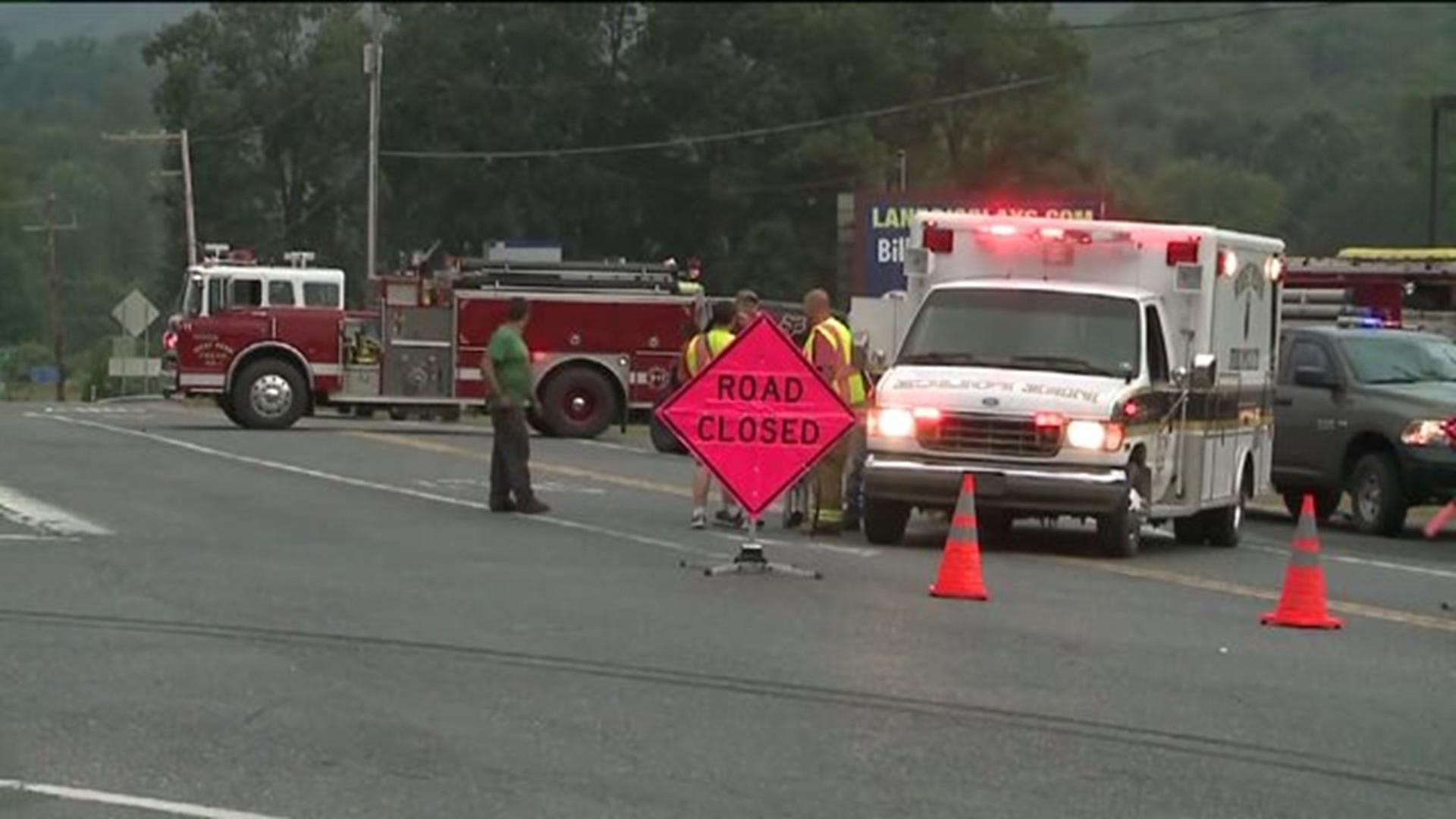 It happened along Route 309 near Andreas just before 6 p.m. Wednesday.

Route 309 in West Penn Township, also known as West Penn Pike, was blocked off and traffic was redirected. Fire trucks and an ambulance were at the scene.

Authorities onscene and investigating assault on a police officer in Schuylkill Co. The latest @10 and 11 @WNEP pic.twitter.com/SFPR3SSGqY

"Her shirt is like sliced from--we don't know what it's sliced yet from," said Trooper David Boehm. "The person that we're looking for is a Hispanic male, 6'2" to 6'4", 240 to 260 pounds. He was wearing a black t-shirt and blue jeans, the kind that go way down below your knees and possibly in a dark colored Nissan Maxima."

Inside nearby Happy's Diner, staff and customers were nervous.

"One of my waitresses called me and told me there was an officer down and state police with armed rifles, so I flew up here from my other business to be with my girls," said Melissa Hasamein, who owns Happy's Diner.

"It's pretty terrifying, definitely terrifying. It's not something you really hear from around here or want to see happening around here, so it's pretty scary," said Jenna Shiner of West Penn Township.

After the assault, witnesses say Ruch was transported to a hospital in a helicopter.

The thought of someone hurting a member of law enforcement made many we spoke with upset.

"It makes me very angry. It's very sad that happened," Hasamein said.