Remembering A Dad Lost In The Sheppton Mine Disaster

SHEPPTON — 50 years ago this week there was of grief mixed with hope in Schuylkill County; grief that three miners were trapped in the collapse of the old... 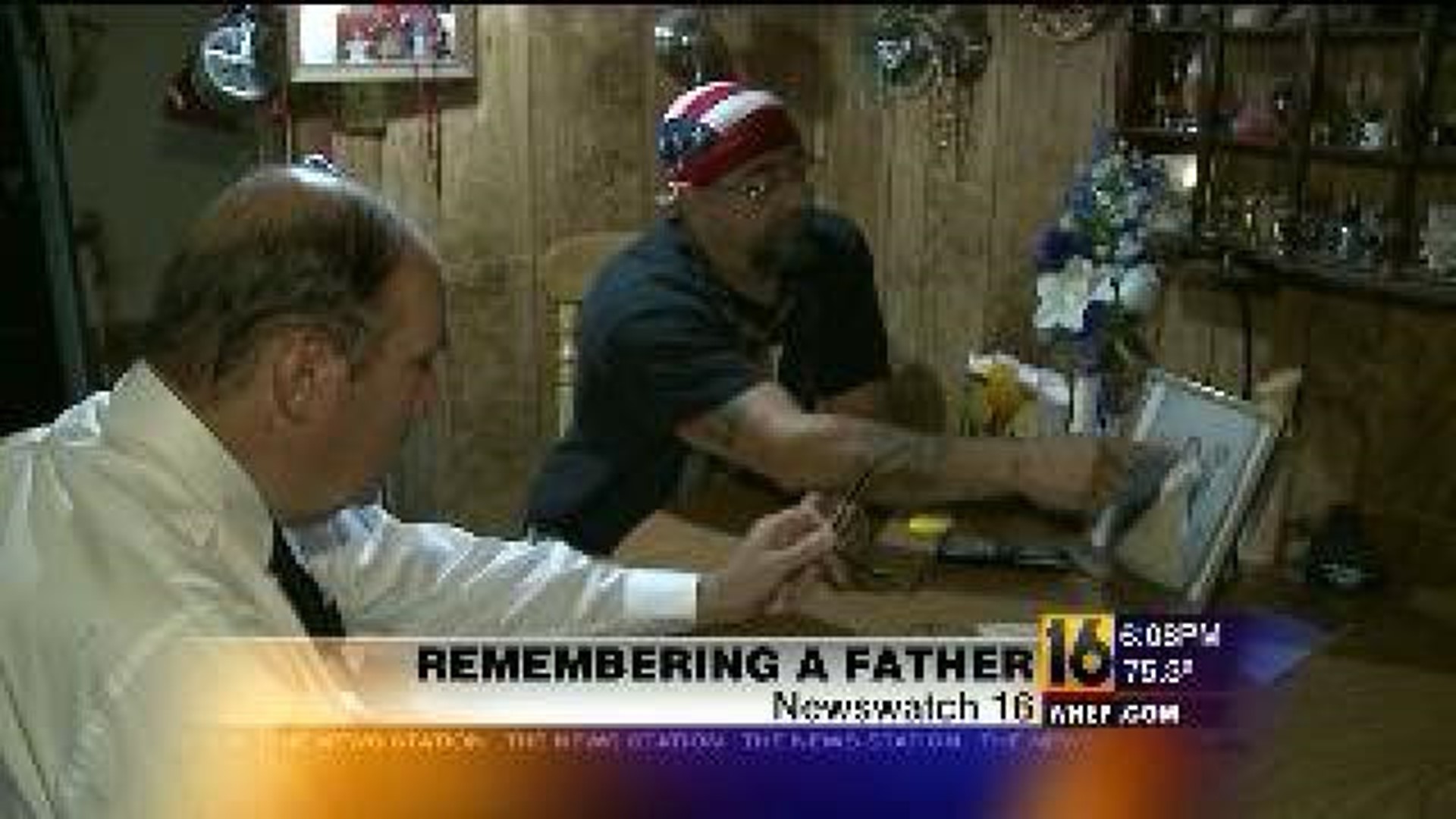 SHEPPTON -- 50 years ago this week there was of grief mixed with hope in Schuylkill County; grief that three miners were trapped in the collapse of the old Sheppton mine and hope that they would be rescued.

50 years later, we talked to the son of one miner whose body was never recovered.

John Bova was about one year old when his father Louis, died in the Sheppton mine disaster near Shenandoah.

John says it's important to remember his father.  That's why parts of his body are tattooed, remembering that terrible time 50 years ago this week.  John even wrote a song dedicated to his dad.

"I guess to bring me closer to my father. I've seen him and I don't remember. I still have that bond. It will never ever really go away."

The Sheppton mine disaster affected a lot of people. Three miners went to work that day.  The roof of the mine caved in trapping the trio. Two men were rescued, but the body of John's dad was never found.

A tombstone marks the spot officials believe is his final resting spot.

"It's a bad thing to say but I hope he was crushed to death and didn't starve to death and that's what you're always thinking about. Did he suffer? And those are the things that go through my head until I die."

John Bova's mother died in the 1980s and she never talked much to John about her lost husband.

"I think it was probably her way of just letting it go. I didn't know how she just didn't have a nervous breakdown back then."

John Bova says later this week he'll be bringing the ashes of his mother and spreading them over the ground which entombs his father.