ORWIGSBURG, Pa. — A manufacturer in Schuylkill County has put an emphasis on going green ever since the company’s inception a few years ago. In Orwi... 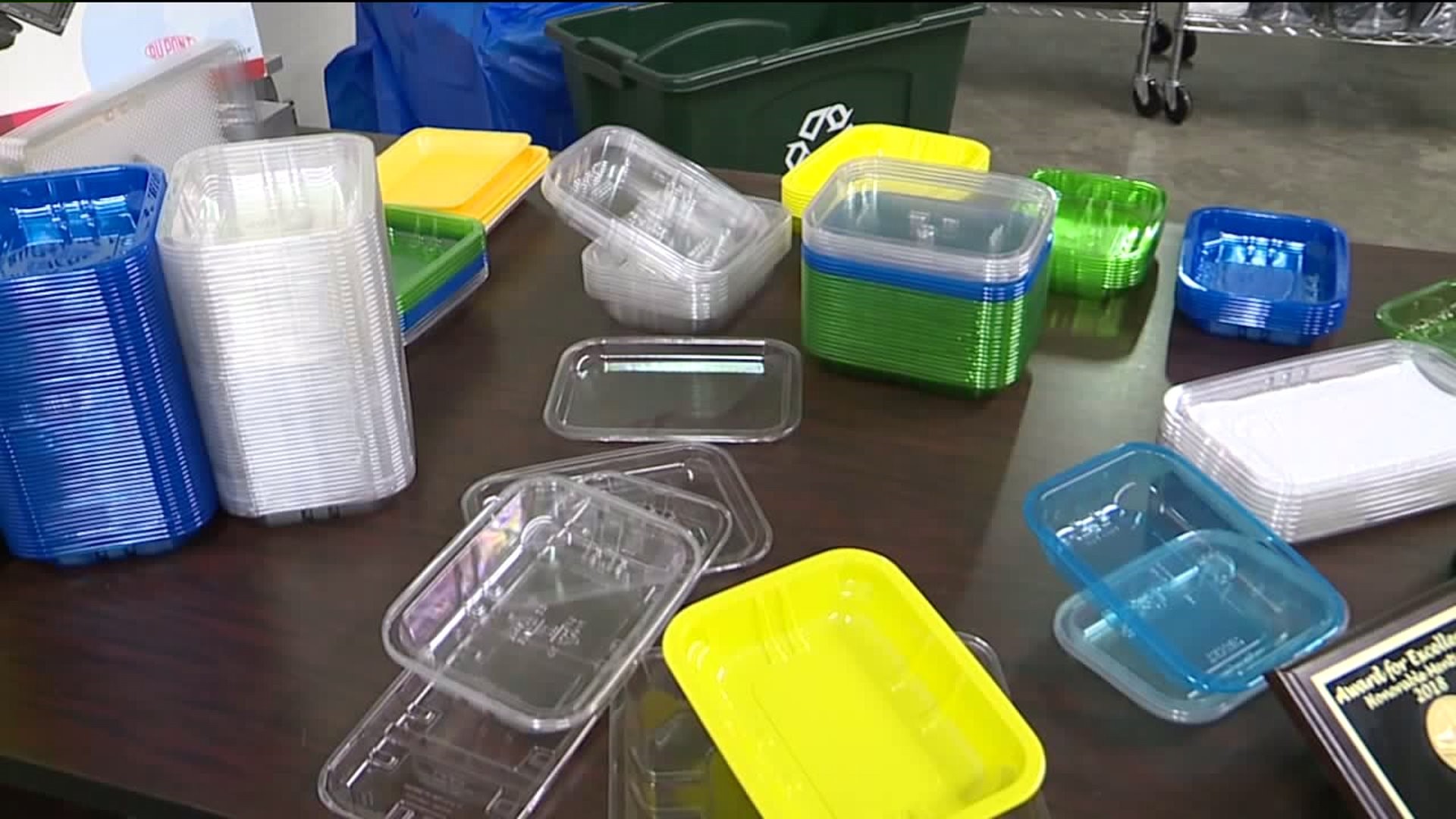 ORWIGSBURG, Pa. -- A manufacturer in Schuylkill County has put an emphasis on going green ever since the company's inception a few years ago.

In Orwigsburg, there's a manufacturer whose products you've probably seen in almost every grocery store without really even noticing.

"Essentially, what we do is aim to innovate the packaging industry, for protein packaging specifically, so that is the meat industry. We've seen a substantial commitment to foam trays which became kind of the standard. We're aiming to kind of break that trend and provide a recyclable solution," Alexander Eitland explained.

Clearly Clean specializes in making 100 percent recyclable food trays that package some of your favorite meats. Its clients include food processors, grocery chains, and packaging distributors. The company's sole focus is sustainability and one of Clearly Clean's mottos is: because you care about your product and the planet. It seems fitting on this Earth Day.

"This now gives a processor and grocery store the ability to use a recyclable product to showcase their product. It actually shows more of the product with the clarity of the trays, so it's very exciting," said Clearly Clean's Kevin Grimes.

"This becomes relevant because it's not single-use. It can turn into a shirt, it can turn into some alternative form of packaging. And it doesn't have to end up in a landfill, or somewhere where it's burned and then kind of contribute to that global warming aspect," Eitland said. "The biggest piece that sets us apart from our competitors is actually that our trays are not a straight flange, they have a rolled-over edge that's actually patented and proprietary to us. That actually increases the integrity of the tray to be three times that of foam."