POTTSVILLE, Pa. — JFK Memorial Pool in Pottsville just opened for the season over the weekend, and thanks to some beautiful weather, it was quite a succes... 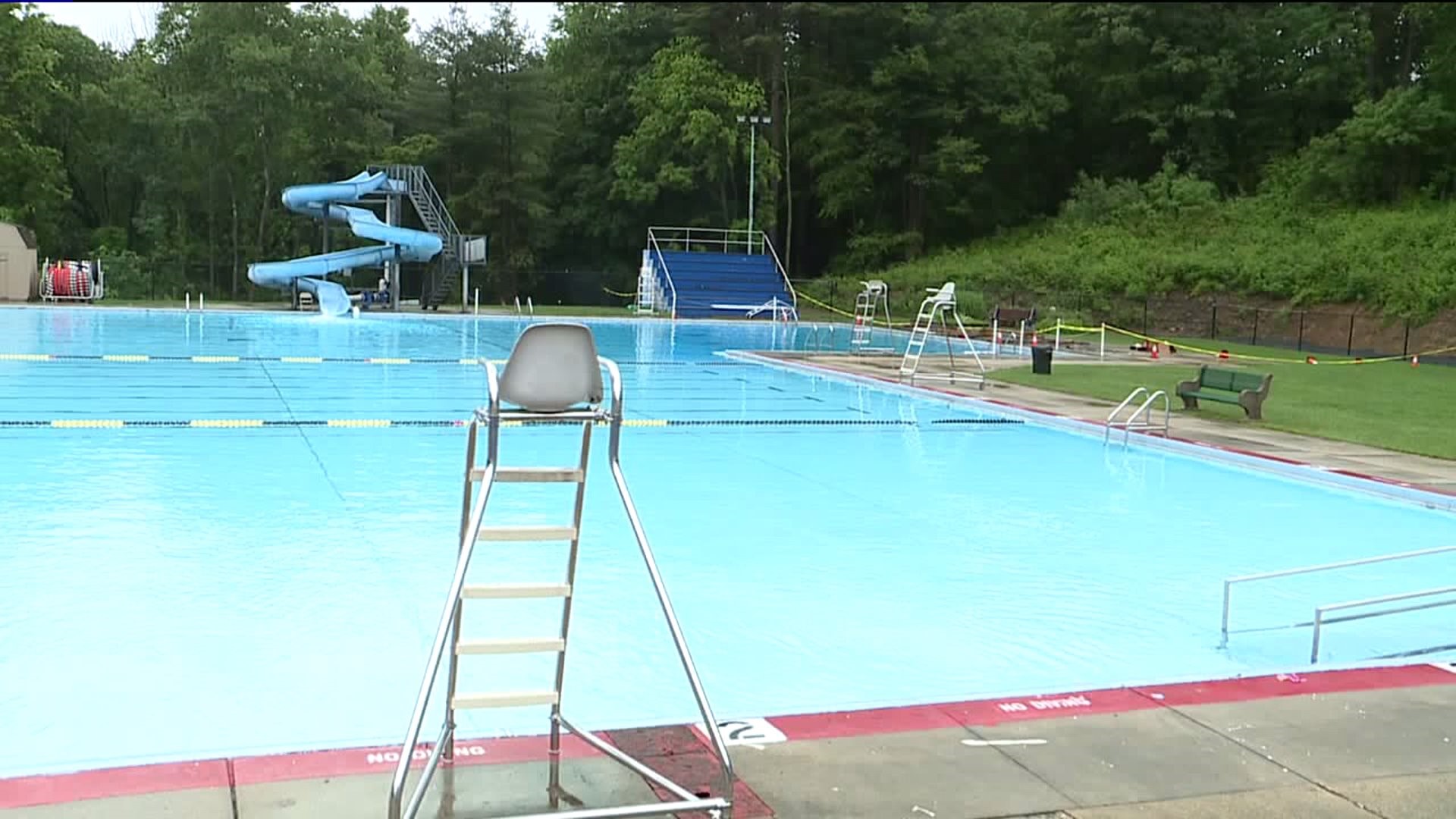 POTTSVILLE, Pa. -- JFK Memorial Pool in Pottsville just opened for the season over the weekend, and thanks to some beautiful weather, it was quite a success, with nearly 700 people walking through the gates.

"It was super crowded while we were trying to train and my instructor, he had to keep asking people to clear the area that we were training in," said lifeguard Katie Yourey.

"It was very crowded and chaotic, but it was a good crowd. They were all nice people," added lifeguard Julia Botto.

The pool being open means lots of lifeguards, high school and college students, now have summer jobs. But the scene on Monday was much different than over the weekend because of more wet weather.

"I checked the weather already because I'm super excited to start getting to work, but today, we are just sitting in the guard rooms because we can't really work in this," Yourey said.

Monday was supposed to be a big celebration, the last day of school in the Pottsville Area School District so the hope was students would come from school to the pool, but the rain put a stop to that.

JFK Memorial Pool is open seven days a week from noon to 7 p.m.