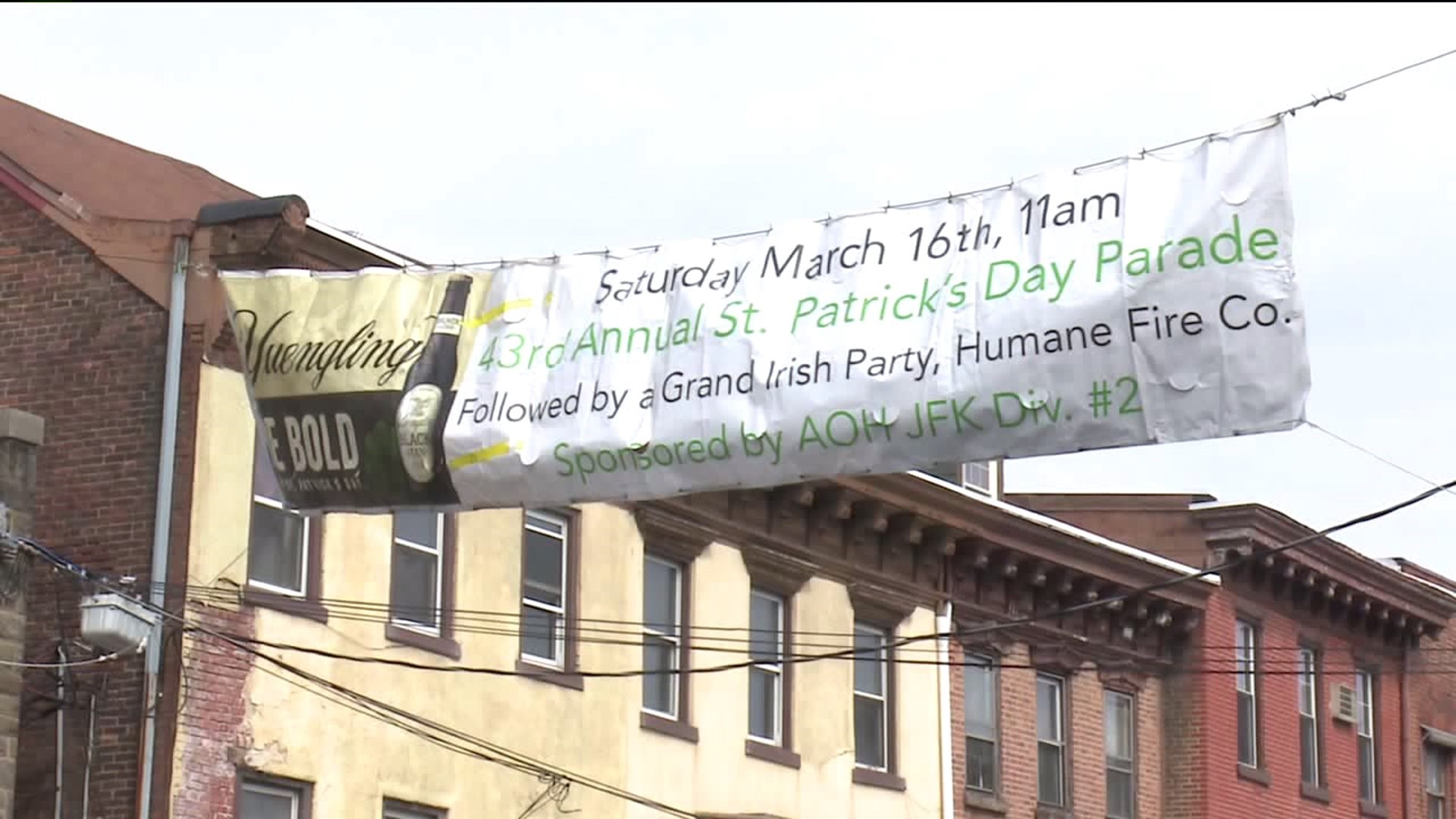 "It's crazy, a lot of fun, a lot of excitement, a lot of energy in the air. You're going to have events going on throughout town, something for everybody really," Hector Rodriguez said.

For the 43rd time, the streets of Pottsville will be lined for the city's annual St. Patrick's Day Parade.

The parade will start on Market Street, transition south down Second Street, before hitting Centre Street and Laurel Boulevard, with the parade wrapping up on Third Street.

"Hopefully, it's going to be a good year. The weather seems to be, fingers crossed, cooperating this year. We'll have local bands, Nativity in Pottsville, dignitaries and what not. Hopefully, it'll be a great day," said Jenn Raess.

Sage Coffeehouse and the Crimson House will be right along the parade route. These two popular Pottsville staples are hoping the parade will benefit business over the weekend.

"Starting this evening through Sunday, we're going to have some traditional Irish corned beef and cabbage, salmon and colcannon, Guinness chocolate cakes and stuff like that," Rodriguez said.

The 43rd annual St. Patrick's Day parade in Pottsville will kick off at 11 a.m. from 12th and West Market Streets.