The St. Patrick's Parade is usually one of the biggest days of the year for some business owners in downtown Pottsville. 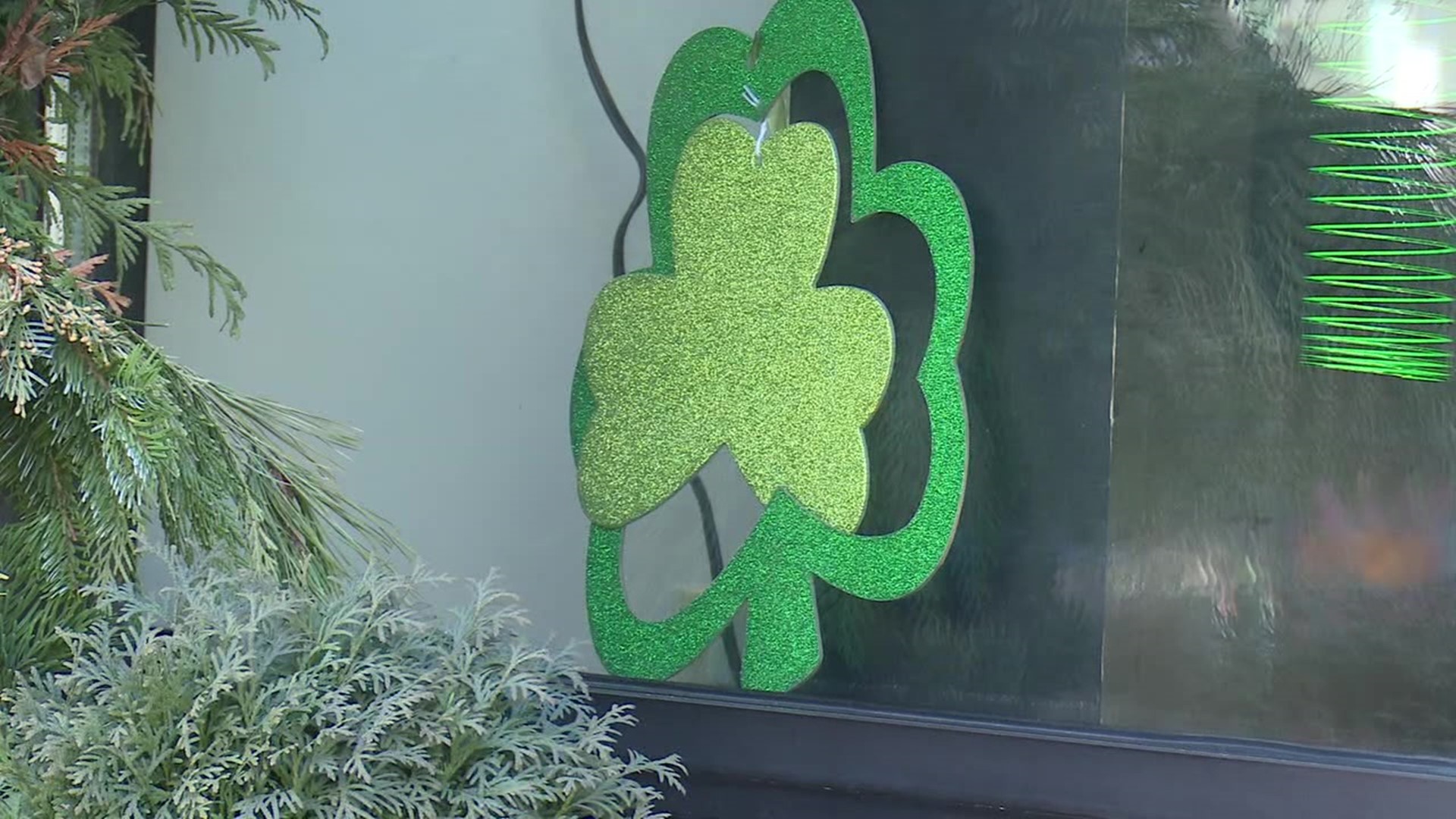 POTTSVILLE, Pa. — A bit of deja vu in Pottsville, as the day that typically brings in big crowds and big bucks, approaches. It was around this time last year that we were all looking forward to events being "bigger and better" in 2021.

But now, here we are, and the annual St. Patrick's Day Parade is canceled again.

"We were pretty devastated, especially happening two years in a row. We were hoping the pandemic was gone; we were excited. St. Paddy's Day is huge for us. We just started this renovation, and we were ready to get that started, and it just really, really hurts," said John Challenger, owner of The Crimson House on Centre Street.

"So last year, we had a scaled-down version. This year will be the first time in 27 years between my father's bar and Wheel Restaurant that we haven't had a St. Patrick's Day party. So it is kind of disappointing, breaking the streak, but hopefully next year we come back bigger and better than ever," said Savas Logothetides, owner of Wheel Restaurant.

Instead of taking place on the streets and inside the bars and restaurants downtown, this year, the festivities will be online, featuring a series of contests, including a scavenger hunt and a home decorating contest.

"The response has been very good. I think, unfortunately, this pandemic has gotten us used to not having those types of events. I think we're all going to look forward to them when they're actually safe to have," said city administrator Thomas Palamar.

The city is still trying to get small businesses involved by offering gift certificates to downtown stores and restaurants as prizes for the virtual contests.

"It's one small way that we can help bring people back in. But I'm also hoping things like the scavenger hunt, that's intended to sort of bring people downtown, bring people walking around the city looking at different things so we tried to add a component that would bring people safely into the streets so that we can actually create some foot traffic and some excitement," said Palamar.

Hopefully, this time, the goal of bigger and better next year will become a reality in 2022.