As Pottsville continues to usher its downtown into a new era, it continues to identify pieces of land that have potential. 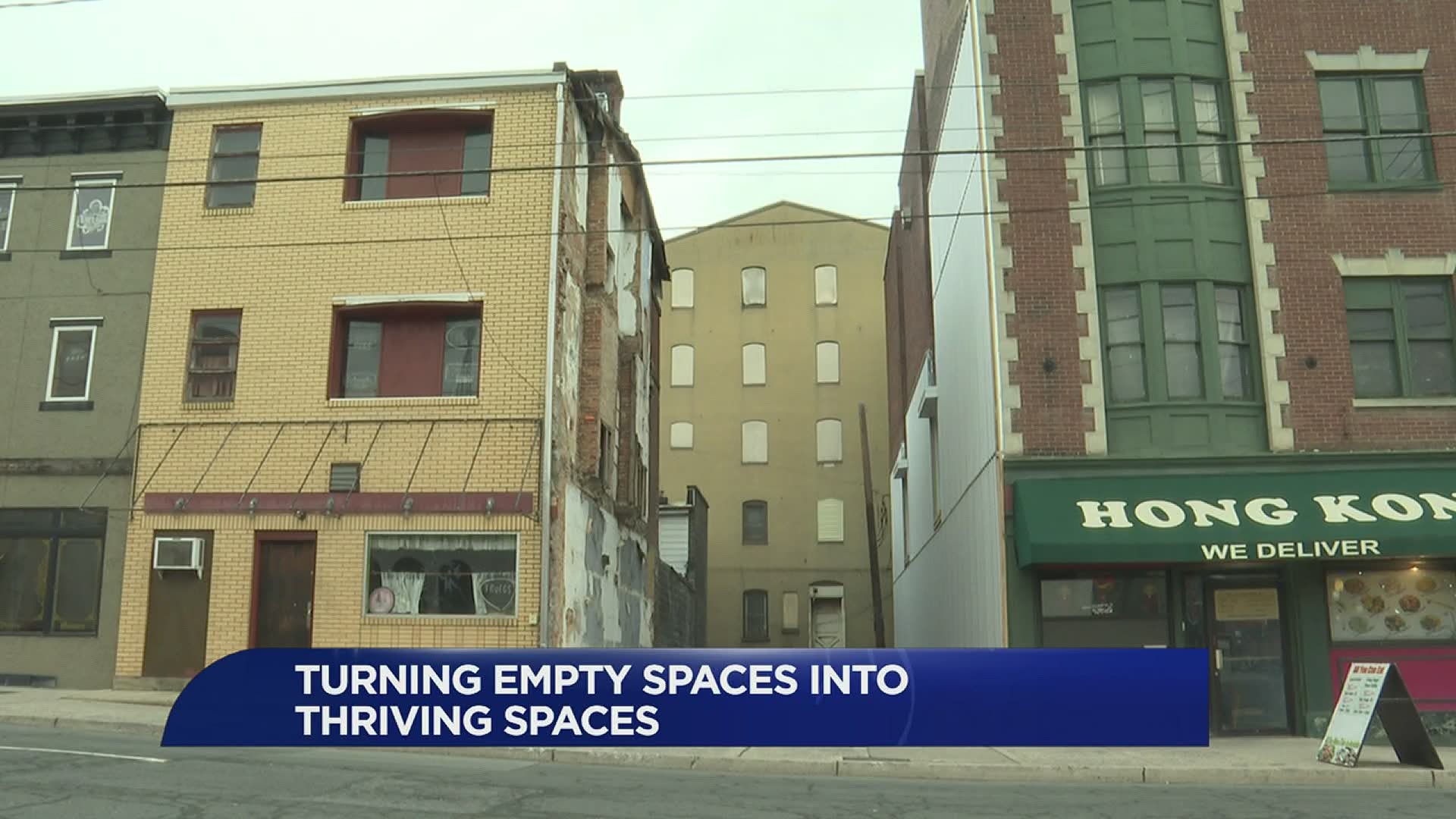 POTTSVILLE, Pa. — The city of Pottsville is going through a series of transformations and upgrades to redevelop its downtown.

"A big component of our revitalization and our redevelopment was the creation of some green spaces in our downtown in some areas that were vacant and in some areas where there were once buildings, and they are no longer there," said city administrator Tom Palamar.

One area identified is a vacant lot between two buildings on the 100 block of East Norwegian Street and a grassy space on Third and Market. The city has plans to transform these areas into green spaces and parks.

"Increasing the livability of our downtown and making it an appeasing place for people to live, attracting young people and other folks who are interested in living in a community, where you can have a green space, where you can hang out with friends," Palamar said.

A couple of years ago, the city ripped down a condemned building on Norwegian Street. Some progress is already being made on this space, which is slated to open later this summer. The other project would be completed sometime in 2021.

"Not only can you create a green space, but you can solve problems. If it's a vacant, blighted property and you're removing the vacancy and blight, you're also increasing security because all of these applications that we're looking to develop would lighting and security," Palamar explained.

Plans for the park on Third and Market Streets were actually put together by former Pottsville mayor Terry Riley back in 1999 before he passed away in 2001.

"This one has been in the works for a long time, so we're hoping we can make that happen for the downtown," Palamar added.

These spaces will be paid for by the city, redevelopment funds, and some funding from grants and other outside sources.