POTTSVILLE, Pa. — People came to say one final goodbye to a well-known businessman from Pottsville who was murdered in New Orleans. Mourners told Newswatc... 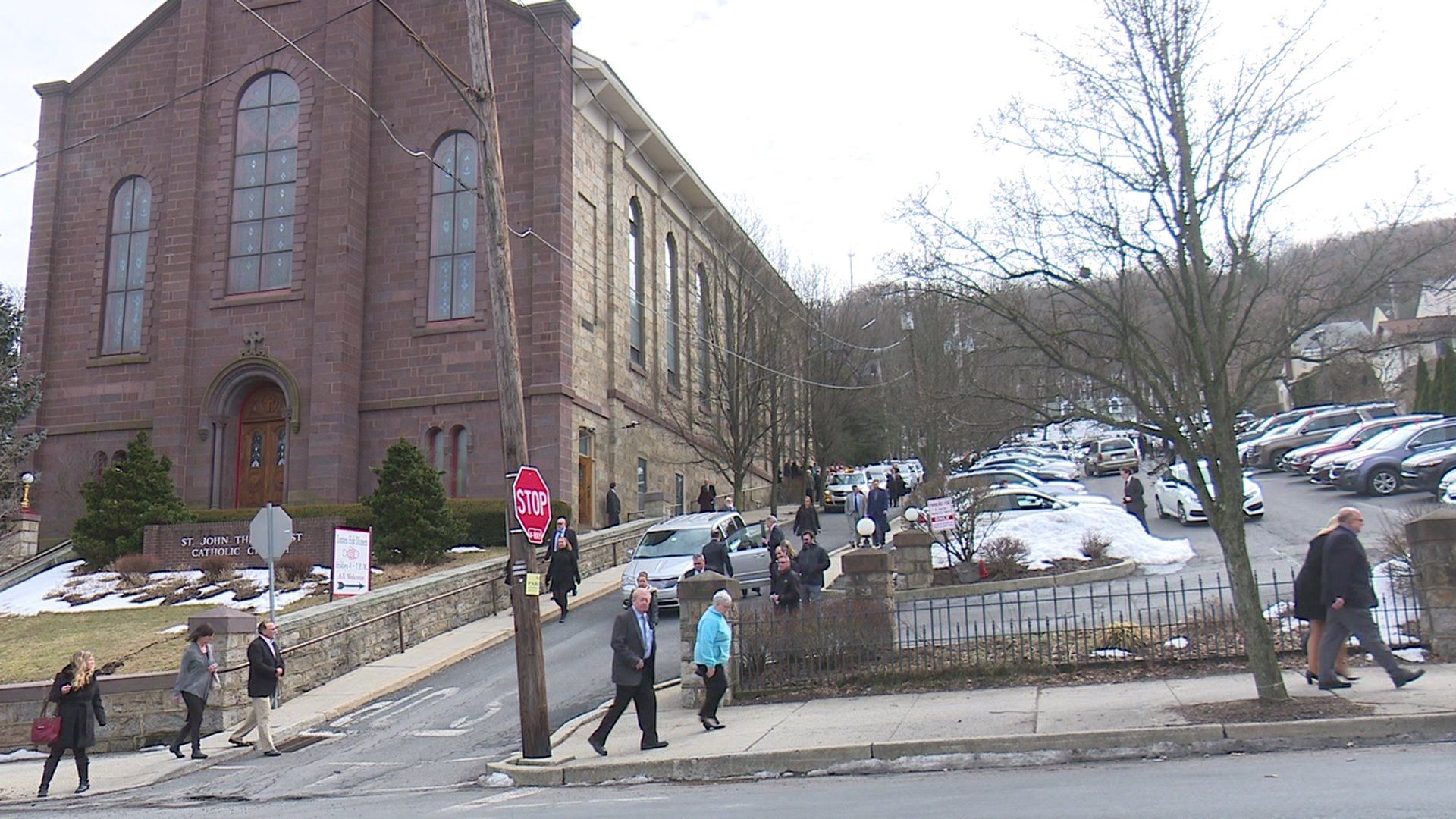 POTTSVILLE, Pa. -- People came to say one final goodbye to a well-known businessman from Pottsville who was murdered in New Orleans.

Mourners told Newswatch 16 that Patrick Murphy was well liked and did a lot for his community.

The jeweler was killed last month, and hundreds came out on Wednesday to remember him.

From the bagpipes to the flowers and hugs, it was a somber mood outside St. John the Baptist Catholic Church in Pottsville. Hundreds came out to say a final goodbye to businessman Patrick Murphy.

"Pat was a great member of the community. He was a very generous and giving person. He was very proud of his Irish heritage. He was a member of the Ancient Order of Hibernians," said Daniel Koury.

"Very friendly, very positive, he was a person that really cared about his area genuinely," George Halcovage said.

"When Patrick got done with it, he had raised several hundred dollars for the cancer survivors in our community and that is just a small measure of what he meant to us," said Dr. Moylan.

Murphy owned Murphy's Jewelers in Pottsville. He was found murdered in a hotel room in New Orleans two weeks ago.

A woman has been charged with the killing. New Orleans police have not released a motive.

Funeral goers say Murphy was kind to others and that is how they plan to honor his legacy.

"He was just so great to people. That is what I said. Everyone is going to miss him, not only Pottsville but Schuylkill County, and I am sure other counties," John Byer said.

Murphy's funeral service concluded with a burial at a cemetery in Pottsville.